Greeks and Anzacs: allies and brothers 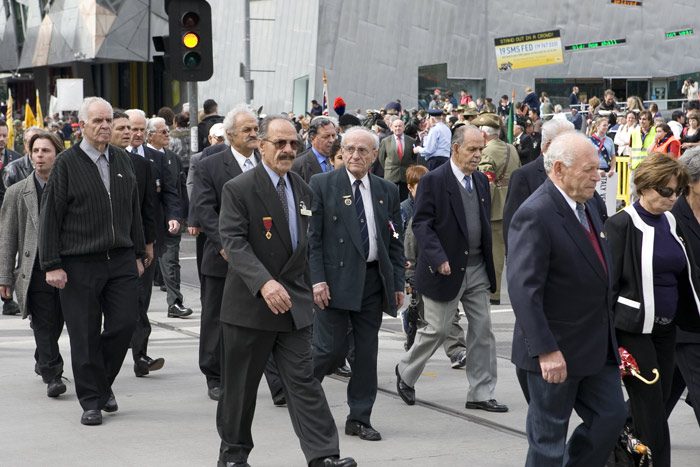 Lest we forget the sacrifice of Hellenes and Anzacs to the various war fronts of the 20th century.

The Hellenic RSL marched on Saturday 25 April in commemoration of  ANZAC Day, keeping alive the spirit of the valour and the ultimate sacrifice for nation, freedom and the comradeship of these soldiers.

The Hellenic RSL march concluded with a wreath laying service at the Melbourne Shrine of Remembrance and a gathering at Hellenic RSL Club rooms in South Melbourne.

They paid tribute to the comradeship between the ANZACS and the Greeks who fought valiantly in the Greek Campaign (1940-41)and in the Battle of Crete against the airborne Nazi German invasion.

“Anzac Day reminds us of the courage of our troops, the loyalty, commitment, sacrifice, inspiration, humour and the bond that lasts forever,” said Steve Kyritsis of the Hellenic RSL.