An anti-heroine for our epic times 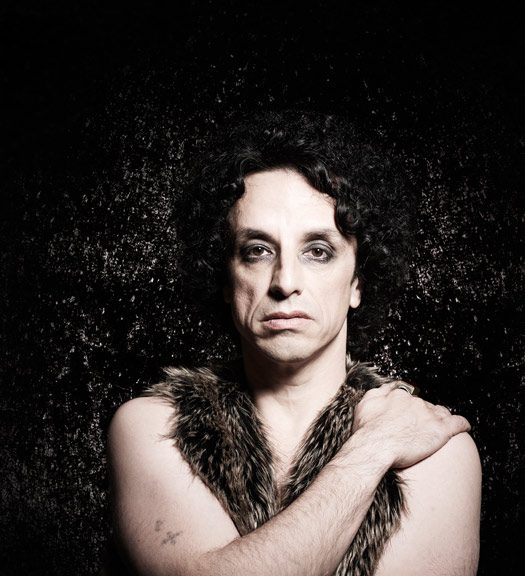 Paul Capsis, one of Australia’s most triumphant cabaret artists, is rehearing for the Malthouse production of Kurt Weill’s and Bertolt Brecht’s The Threepenny Opera, (Die Dreigroschenoper).

<p>”Oh My God! Is it relevant?” asks Capsis rhetorically.

“…. the collapse of the global financial system, it was just after the World War I… running battles in the street between left and right, greed and corruption…it is very relevant.”</p>

This dark comedic cabaret opera is about a criminal Macheeth, Mack the Knife, who fears no law and no man; a vicious whore and brothel owner Pirate Jenny; a corrupt archbishop and a pack of beggars and thieves.

The Threepenny Opera is reflective of our times as much as it was of Germany’s Weimar Republic where it first performed in 1928. “Oh My God! Is it relevant?” asks Capsis rhetorically.

“Weill and Brecht wrote Threepenny during the Weimar Republic, Germany was about to be overwhelmed by the collapse of the global financial system, it was just after the World War I… running battles in the street between left and right, greed and corruption…it is very relevant.”

The Threepenny Opera resonates as the Euro-party collapses and as Greece’s excess and profligacy now fuels the burning of Athens. Spain, Ireland and Portugal fear that they too will be infected by the financial contagion, Germany does not want to carry the can and England remains rudderless.

“We’re not evolving are we?” Capsis asks.

“Maybe in some way we have evolved but, how do we deal with each other? The whole thing about getting ahead and pushing people out of the way… it’s all about money and greed.”

The Threepenny Opera, with Raimondo Cortese’s writing and with Richard Gill leading the music, “has become a Melbourne play” says Capsis.

“It is epic and grand,” he adds. “Much of the grandness is in the way that Richard Gill is directing the music and with Peter Corrigan’s design we are dwarfed, we become mere insects – it is a very Brechtian thing in the way people are presented.”

Paul Capsis has played many fallen heroines such as Janis Joplin in the past, and now he is playing the anti-heroine Pirate Jenny.

“The role traditionally played by a woman, but Michael Kantor wants it to be played as a man playing a woman.” “She’s a whore, a brothel keeper and lover of Macheeth, the notorious crook and womaniser. Jenny is pretty rough.” Capsis also narrates the work and plays the role of Archbishop Kimble.

“Look at the church” Capsis says, “look at the scandals, the pedophilia… see things have not changed since Brecht and Weill wrote the Threepenny,” he adds.

Capsis has carved out a major career in Europe and Australia. His 2006 performance in Barrie Kosky’s Boulevard Delirium won him the Helpmann Award for Best Performer in an Australian Contemporary Concert and a Green Room Award for Best Artist.

“I have spent a lot of time in Austria, because of Barry. Our show Boulevard Delirium became a cult show in Vienna. We then brought it to Melbourne where it did well as well. There is something about Vienna and Melbourne,” says Capsis highlighting the gothic nature of the two cities, the theatre and their caffeine fuelled lifestyles.

His 2002 performance with Aron Ottignon in Capsis Vs Capsis won him a 2002 Helpmann Award for Best Live Music Presentation.

As he points out, his cultural background “informs everything” and helped him become a pioneer. “The very first article on my ever back in 1984 was in Neos Kosmos and I still have the original issue,” says Capsis. The reality of being ‘the other’ still burns for Capsis.

“My first agent said to me, ‘You’re a wog’ and she gave me a list of things why I could never make it,’ he recalls.

“She said, ‘Sorry darling I wish I could change it but that’s the way it is’ and I remember inside me feeling, ‘I will never accept that’.

“When my family made the decision to come here after the Second World War that was it, ‘we’re here, we’ve worked we’re now part of this culture so you can like it or lump it’, that’s all!”

Clearly his first agent might have cause to reflect on their judgement as Capsis strides the major stages in Australia and Europe.

The Threepenny Opera is on at The Malthouse in Melbourne from MAY 28 – JUNE 19. For further information see: www.malthousetheatre.com.au