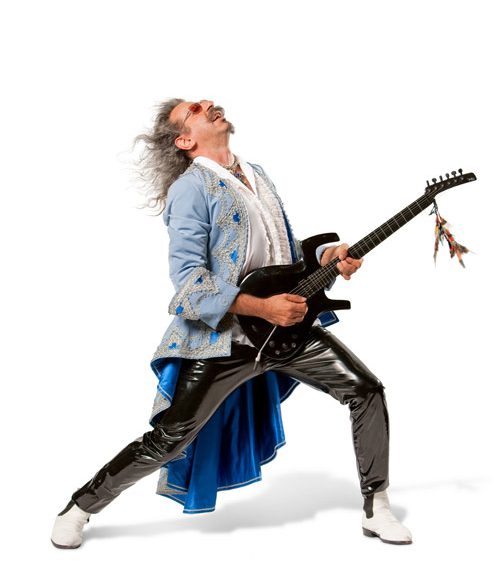 Circus for the the Romans was really Hollywood and mainstream TV all rolled into one. The empire once it had dominion over a certain land, wasted no time in turning their spoils into an enormous talent quest for their Circus Maximus, to satisfy their insatiable and blood thirsty crowd.
For 2000 more years the world circus endeavoured to sustain a similar entertainment program. There was a constant push for the biggest, the fastest, the highest and the most ferocious. In some ways the circus could be seen, back then, as a reflection of the glory of man, his power over the earth, its animal kingdom and more perversely of himself.
There were dancing lions and tigers; elephants ridden by bearded ladies and midgets blown out of canons, being intercepted by parachuting monkeys. The following year it would be pretty well the same but turned inside out and upside down, with a different coloured cherry added to its crown. It didn’t really matter what they served up, as long as it gave the fickle crowd the essential blood-rush to come back for more.
Today we don’t do that anymore. That sort of exploitation entertainment just won’t do. We’re doing a good and oily enough job having dominion over the earth’s animal kingdom in the Gulf of Mexico right now. Bearded ladies don’t cut it anymore and midgets and monkeys are now members of powerful unions.
So what’s left? Us, I suppose, the human body and how far it can be stretched. There’s trapeze, acrobatics, the sword swallowing, the juggling of chairs, chain saws and my personal favourite, the lunatic strong man exploding melons with his head.
Cirque du Soleil has created a multi million-dollar franchise out of creating incredible extravaganzas of the ‘body prowess’. I caught one of their shows in Quebec, its hometown, last year, and yes it was ‘extraordinary’.
But despite their panoramic vermilion of costume, mask and a cast that looks like it’s straight out of Avatar. Cirque du Soleil do have a similar vibe to a gift offer advertised on a food tray in McDonalds. Corporatisation is everywhere; it sticks to your shoe like gum. So much so we expect this to be, like everything else, the world’s cultural default.
Then comes along Circus Oz with their latest show, which I had the deep pleasure of seeing in Melbourne last week. I spoke to Carl Polke, Circus Oz’s musical director and band leader. Polke’s father is Romanian and his mother Greek. I managed to convince him to give me an interview because his mum would be so proud to see him in Neos Kosmos, that she just might grant him more babysitting time.
The obvious first question is how does Circus Oz compare to the likes of Cirque du Soleil.
“We very much create through a collaborative process, where everyone contributes. The director comes along with an idea and it’s a jamming session from there on in.”
Polke, I should add, was somewhat reluctant to criticise Cirque du Soleil, because he feels they have done so much in giving Circus back a much-needed profile.
“Where their shows [Cirque du Soleil] are the vision of one person and their crew have to pretty well toe the line, we are most certainly not.”
Egalitarianism can be the breeding ground for mediocrity with political correctness boring the pants off most. But Circus Oz is demonstrating, that giving the right people a go, with a clear sense of direction, can truly work. Their show is nothing short of an inspiration, a world-class entertainment and a total delight.
So, if contemporary circus is more about human beings and less about bearded ladies and parachuting monkeys, then their work ethic, particularly in regards to gender equality, is indeed a breath of fresh air.
Their director, Mike Finch’s has a strong sense of showmanship. He utilises extremely clever transitions between acts, keeping the night barrelling along. This gives each performer a fully formed character within a larger narrative framework. Therefore not reducing these breath-taking athletes to soulless bodies in fancy, but meaningless costumes.
There did seem within the glorious mayhem, a message. Polke believes, “There’s not so much a political message, but an ‘attitude’ which is much more effective. Whenever we go over to Europe, the audience is always impressed by that attitude, the larrikinism.”
It’s always a challenge for an Australian branded art form to not go with our ‘big brown land’ cliches. Set designer, Darrly Cordell and costume designer, Laurel Frank have produced a marvellous ‘steam punk’ aesthetic that incorporates the ‘attitude’ beautifully. Even their much-loved Kangaroo act fits into this highly comical look.
So yes, this is a truly amazing show. It is for everyone, not just the kids and I urge you, yes you, to go!
June 16 – July 11, 2010 at Birrarung Marr, Melbourne Bookings via Ticketmaster: www.ticketmaster.com.au, 136 100 or via circusoz.com