With euthanasia back on the political agenda, Neos Kosmos spoke to three people with very different views 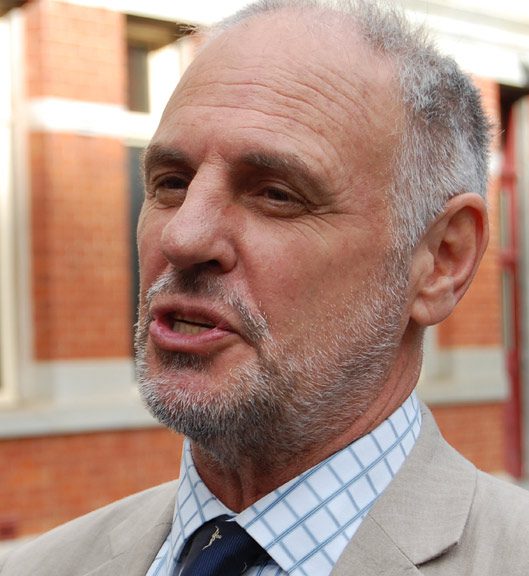 Euthanasia is a Greek word, meaning “good death,” and it’s been back in the headlines this week.

Protection of life is what our whole contemporary government is about, so a government turning around and saying, ‘we’re going to let people die,’ goes against the grain of everything we’ve developed over the past 300 years.

The issue has returned to the public domain after last week, Federal Greens leader Bob Brown announced that he would like to restore the right of future territory governments to legalise it. In Western Australian, parliament voted down a euthanasia bill and the South Australian parliament are preparing to debate a bill soon.

In the Greek community, where the word originated, opinions are thoughtful and divided.

“The view of the Orthodox Church would wish to affirm the dignity and sacredness of every person’s life,” he said.

For that reason, he said, the Church could not bless active euthanasia, through drug treatments, although he left open the possibility of passive euthanasia, for example turning off life support.

“However, the Church would also not want to unnecessarily prolong the dying process through elaborate technical means,” he said.

“It is not always easy to determine when efforts at the saving and prolongation of life end, and when the prolonging of the dying process begins. That is why this is best left to the judgment together of the family, doctors, and bishops in consultation together.”

He said the mainstream debate can tend towards the simplistic, but the Church’s position is deliberately nuanced.

“Many people just like simplistic answers, and will say, ‘that is wrong,’ and they’re comfortable with that, until the time comes where there is a situation where you have to engage with the issue and really find a way forward,” he said.

But Dr Philip Nitschke, pro-euthanasia activist and founder of Exit International, said he had met many Greek Australians considering euthanasia.

“We find people coming along with a Greek background who have got themselves into a situation where they want to know what their choices are and possibly work out some way that they might to have a peaceful death, if their suffering increases,” he said.

But he said he didn’t think Greek Australians were over-represented, and said Exit International was contacted by Australians of diverse backgrounds.

“The question that’s been asked is, ‘if you’re suffering with no hope of recovery, do you think you should be able to get lawful hope to die?’ That’s pretty much sitting at 80% in every capital city in Australia now, and that’s a lot of support.”

“Protection of life is what our whole contemporary government is about, so a government turning around and saying, ‘we’re going to let people die,’ goes against the grain of everything we’ve developed over the past 300 years,” he said.

“Our default position is, ‘extending life is good,’ but the issue of quality of life is important,” he said.