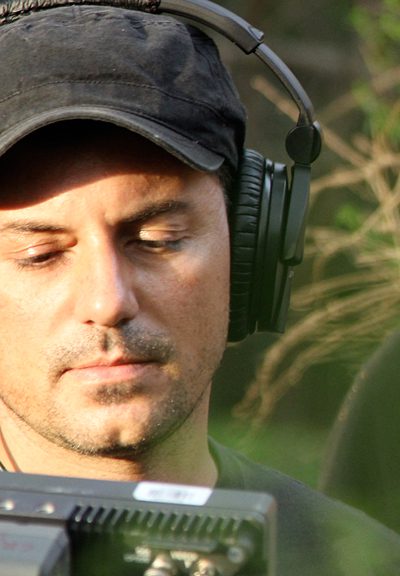 The short film Dead Wood, written, directed and produced by Alexandros Koskiniotis, has been awarded one of the top 15 short films of the year at this year’s Indie Film Festival in Los Angeles.

More than 3000 independent films are submitted to the Indie Fest each year which aims at giving emerging cinematographers the opportunity to showcase their work. It also serves as a starting point for many of them to make contact with distribution companies who can propel their films to cinema screens.

Alexandros, currently a graphic artist at Neos Kosmos, revealed his artistic achievement quite by accident, as a result of his particularly reserved demeanour. “I never believed that a film that I created predominantly as a project for my studies would have received an award from a film festival” claims the “amateur” filmmaker, as Alexandros likes to refer to himself.

The plot of the film is based on Aesop’s fable Death and the Old Man and was filmed in Melbourne.

“The film is basically a comedy with a moral message, which is precisely what makes the ancient Greek storyteller’s fables so famous. This particular fable has a comically tragic note. The reason I selected it was in order to explore its comedic side.”

The fable refers to the story of an old woodchopper who after a hard days work culminating from many years of hard work, calls upon Death to come and take him. Death heeds his call and appears before him asking for the reason for his call. The old woodchopper regrets his thoughtlessness immediately and tries to cover his tracks by answering that the reason for his call was to request death’s help to carry the wood that he had gathered.

Although the story of the tired old woodchopper is from a Greek fable, this did not inhibit Alexandros from creating a film with a very Australian flavour. Even though the Australian landscape plays a pivotal role in the film, it wasn’t the only thing that impressed the judges who say the Australian personality come out in the film.

“The dialogue that frames the images are characterised by Australian humour. Simple, raw humour that I believe represents Australians. I consciously chose to use this type of humour not only because I like it, but also because I believe that its rawness ties in with the harsh Australian landscape” says Alexandros who has only been in Australia for about three years. It’s not just that this tiny gem of a ‘student’ film managed to win an award that makes it special.

Dead Wood was created with much soul and this was the only plentiful ‘currency’ that funded the film, if you consider that Alexandros literally had no money in his pocket to make his dream reality. So with a handful of cash, he managed to arrange costumes for the film production.

“The camera was borrowed from RMIT where I was a student, and I used the Institute’s facilities to complete the film, such as editing and special effects used in the film” says Alexandros.

The kind assistance of Loic Valmy, a talented composer from Queensland, and Nicki Paul, the narrator, brought the film to life. As for the actors, Chris Gaffney and Harry Brimage, they agreed to be rewarded with the “noble” currency of artistic passion, which the compatriot cinematographer delivered on with his award.

In fact, he is still pinching himself as to how he managed to fund the project without artistic or financial losses. For more information on the film visit the blog: www.sweet1ife.wordpress.com