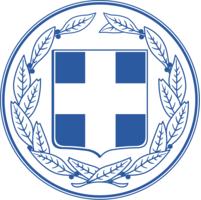 The Greek Consulate in Perth and the Embassy of Greece in Wellington are among six embassies and three consulates around the world to be closed as part of sweeping cuts, as the Greek government grapples to reduce its own costs. Greece’s Ministry of Foreign Affairs plans to sell its former diplomatic properties to raise millions of euros. Further salary reductions for Greece’s diplomatic staff are also on the cards, with reports indicating that MFA salaries may be reduced by 15 to 20 per cent in some cases. The first phase of the plan will see the closure of Greek embassies in Wellington, Lima, Montevideo, Khartoum, Hanoi and Harare. Consulates in Perth, Los Angeles and Atlanta will also close. After this first phase of cuts, saving the Greek government some two million euros a year, MFA have not ruled out further closures and cut-backs. Neos Kosmos understands that Greek diplomatic staff affected by the closures will not necessarily return to Athens immediately, with the majority transferring to larger embassies and consulates. One property on the hit-list is the former General Consulate in London that is estimated to sell for more than €30 million. Properties to go under the hammer include the residence of the former Permanent Representative of Greece to the EU in Brussels, and buildings in Belgrade and Rome previously granted to the Greek state by the Italian Greek diaspora.