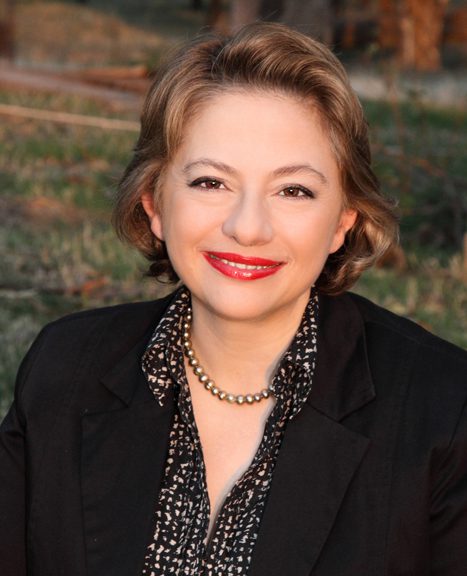 It’s 5.00 pm on a rainswept Melbourne evening. The European cafe opposite the Victorian Parliament building is filling with the usual suspects: state politicians and their ubiquitous advisors along with be-suited business types.

“You don’t give up your privacy, a private income, and so much time away from your family to just sit there and keep a bit of green leather warm. It has to matter. Politics is tough.”

Mirabella has spent the day weighing into Kevin Rudd’s changes to the Fringe Benefits Tax she tells me, extolling to the media that its introduction was akin to kicking the Australian automotive industry hard, and somewhere very painful, when it was already down and virtually out.

As the interview is about to begin I ask if she’d prefer a glass of red or white; Shiraz, or perhaps a light Pinot?
She takes a call on her Blackberry and mouths the word ‘Shiraz’.

I had a feeling Ms Mirabella – celebrated for her robust adversarial manner – would prefer something full-bodied with an edge to a more delicate quaff.

Sophie Mirabella (nee Panopoulos) is one of Tony Abbott’s closest lieutenants and will be a minister in his front bench team if a Coalition government is returned at the election.

We begin at the beginning. What first stirred her political passions early in life?

“My political education probably began around the age of 12,” she says. “I had an intense interest in who made the decisions in the world I lived in.

“It was about who had the power – or are we all to be just pawns? Do we have a say about what happens in our lives?”
One of the inspirations comes from her family background growing up in South Melbourne.

Her parents, who arrived from Greece in the mid-1950s, ran a milk bar, and from the moment Sophie Panopoulos could peer over the shop counter, an inquisitiveness about how the world worked and who pulled the strings was evident.

“Every few months we’d get robbed for cigarettes. I saw my parents work for months just to recover from that. I watched them work hard for what they had, and then harder to keep it,” she says with pride.

Witnessing her parents’ fight to become financially independent and “have the freedom to make decisions about their lives” was a lesson that’s always stayed with her.

As a teenager, Mirabella says Margaret Thatcher’s reforms in the UK in the 1980s shone like a beacon, whilst in Australia at the time, “big business, big government and big unions made the decisions – other people were irrelevant”.
But despite her attraction to the British Conservative Party’s heroine, there are no political heroes in Mirabella’s world. “There are people to admire,” she says “but I don’t think there are heroes in politics because we’re all human and we’re all flawed.”

It’s a sentiment that perhaps comes from her mother.

“When I was first elected, my mother pleaded with me not to get sworn in as a member of parliament. I asked ‘why?’ and she said ‘because politicians are liars and sinners and you’re swearing on the Bible’.”

In federal politics Mirabella has carved out a reputation for being colourful, controversial and outspoken, with her political adversaries and the media often using less-kind words. I’m interested to know, what’s her take on being the target for such attacks?

“You don’t give up your privacy, a private income, and so much time away from your family to just sit there and keep a bit of green leather warm. It has to matter. Politics is tough,” she says.

“I’m not going to be intimidated. I’m going to be a robust participant. It’s an extraordinary privilege to be a member of federal parliament. Life would be easy if you just sat there and rode the waves, but that’s not me, and I’d be ashamed if I did.”

As for the personal attacks – outgoing federal independent MP Tony Windsor described her recently in the media as the nastiest politician in Canberra – it’s water off a duck’s back.

“There are some people – no matter what you did for them; you could cut off your right arm for them and they’ll still bag you out,” says Mirabella.

As for the main obstacle to her party’s election success, despite the polls showing a neck and neck race since the resurrection of Kevin Rudd to his party’s helm, Mirabella’s convinced the Labor ship is still full of leaks – and the electorate will return a Coalition government to end years of instability under Labor.

“Kevin Rudd will repeat the mistakes he made when he was first prime minister, when his own party said the government was in paralysis,” she says.

With the Coalition set to win by a country mile if Julia Gillard was still PM, with the tables turned, are the polls a concern? “It was always going to get closer, but the electorate is looking for certainty. There’s so much that has been unstable about the economy and Australian politics,” says Mirabella.

“What’s been reflected in the polls is the great relief people felt at getting rid of Julie Gillard. If the Labor Party are so confident in how popular Kevin Rudd is they should call an election.”

Looking back, has she any sympathy for Julia Gillard in the way the former Labor leader was jettisoned? Mirabella deftly avoids a direct answer.

“There’s a difference between personally and politically assessing someone,” she says. “Julia Gillard failed to deliver and it has been disastrous. The grave mistake she made was bad political judgment – a litany of poor judgment calls – one of the biggest was thinking she needed to give the Greens the carbon tax in order to retain her job.

“She should have known the Greens would never have supported the Liberal Party. Gillard could have thrown the Greens a carrot and that would have been the end of it.”

I press the point gently; as a woman, was Gillard treated too harshly by the media?

“Media is always very harsh on a prime minister,” says Mirabella, declining to follow any sense of feminist solidarity.
That Labor and PM Kevin Rudd are being disingenuous across a whole range of policy issues, and will be found out at the election, has become a mantra for the Coalition.

“I think often politicians underestimate the intelligence of the electorate. I don’t think people are going to be conned.”
One of the biggest cons, says the shadow minister, is Labor’s position on moving to an emissions trading scheme early. “All he’s doing is bringing forward Gillard’s policy by one year, claiming that it’s going to save families an average of $380.”

For Mirabella, the devil in the detail of how an emissions trading scheme will work blows the promise out of the water.
“Rudd’s saying there will be a floating price on carbon of $6 a tonne but he can’t guarantee that.

“Is an ETS really the best way to reduce emissions? We say no because it’s a tax, it’s punitive, it’s open to fraud and corruption, and this has happened in Europe.”

While he may not be a hero, one politician who Mirabella much admires is her boss.

Are there traits that the electorate are missing when they compare Tony Abbott to the seemingly ever-popular Mr Rudd?
“Tony Abbott is deeply intelligent and incredibly focused. One thing that lifts him above others is his sense of duty. He has taken it upon his shoulders – made it his mission – to fix this country,” says Mirabella. “He understands that great responsibility.”

After a 40 minute interview the time is up. After a quick change of clothes, the ever-active Mirabella is due at a business dinner – vigorously espousing once again the Coalition’s philosophy on industry policy.

The glass of Shiraz Grenache isn’t quite empty as she picks up her phone, checking her latest text.

Do you ever feel frustrated, I ask, that people perhaps see you as a hard-nosed political animal, rather than a mother, wife?

“I was a human being before I was a political animal”, she says laughing.

“But I don’t spend nearly enough time with those I care about, my close friends and family. Being able to give them time is very important to me,” she says, before heading for the door and another political platform.