“The incident in question showed that provocative behaviour,” says a Greek diplomatic offical 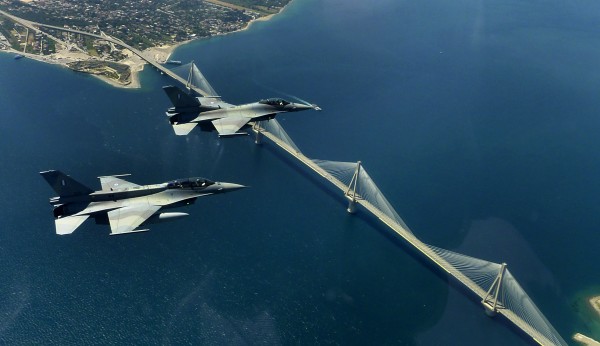 Talks between Greek and Turkish diplomats are expected to resume soon with a focus on easing tensions in the Aegean after Ankara said it had mistakenly issued a notice to reserve a large chunk of air space over the Aegean Sea for military manoeuvres.

In a statement posted on the Turkish Foreign Ministry’s website on Tuesday, spokesman Tanju Bilgic said the order had been “issued erroneously with an inaccurate coordinate” and “has been cancelled.” He said “the issue of long period dangerous areas declared by Greece and Turkey in the Aegean has been on the agenda for a long time,” adding that Ankara has “proposed to Greece to mutually cancel those areas” but has yet to receive a response. The statement ended with an appeal to the new Greek government to “approach the existing issues between our countries in a constructive manner and by making use of the available diplomatic channels of dialogue.”

There had been no public response from the Greek Foreign Ministry by late Tuesday but diplomatic sources indicated that Turkey’s backtracking was a pleasant surprise. It is the first time that Ankara has made such a statement, which was widely interpreted in diplomatic circles as an indirect acknowledgement of Greece’s reaction to the move. Notwithstanding Turkey’s change of stance, Greek diplomatic sources suggested that vigilance was needed. “Irrespective of whether there was a serious mistake or not, the incident in question showed that provocative behaviour, via the armed forces, can lead to the situation spiralling out of control, for which Greece cannot be held responsible,” a diplomatic source said.

When Turkey first issued the notice on Sunday, Athens had reacted by lodging complaints to NATO, the European Union and the United Nations, prompting a flurry of diplomacy.

In a related development, Foreign Minister Nikos Kotzias told Russian radio station Sputnik that Greece and Cyprus could act as a “bridge” between the EU and Russia as they have never been opposing powers. Kotzias also claimed that, by questioning EU sanctions against Russia, Greece led to “the Europeans listening… and now we are contributing to the creation of European policy.”