By the Organisation Of Hellene and Hellene-Cypriot Women of Australia 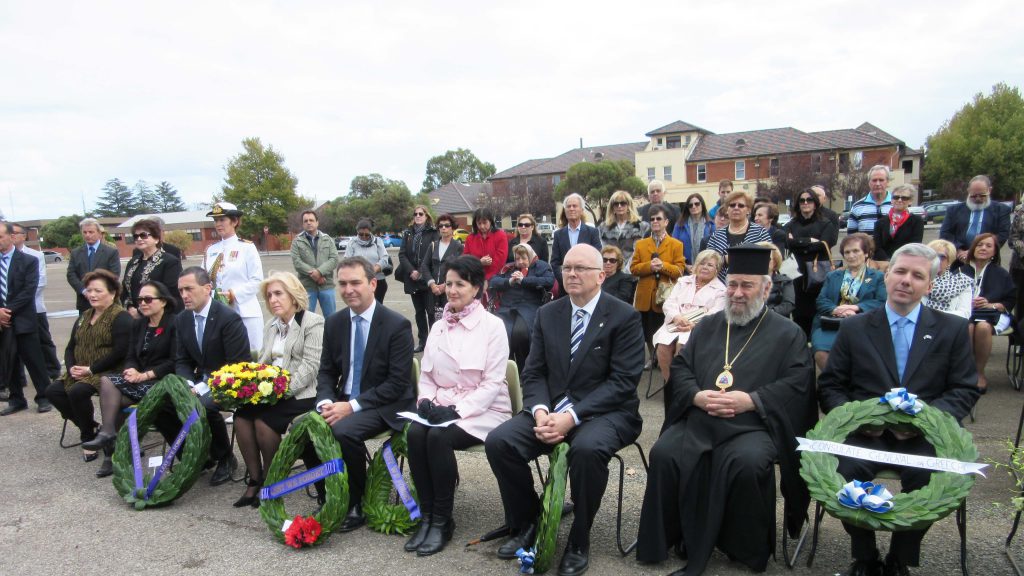 As part of the Anzac Centenary celebrations, the Organisation Of Hellene and Hellene-Cypriot Women of Australia (SA) OEEGASA gathered last Sunday afternoon 19th April 2015 at The Army Keswick Barracks to welcome 100 guests in order to commemorate Matron Grace Wilson and her group of 130 Australian nurses who looked after the Australian soldiers on the Greek Island of Lemnos, 100 years ago, during the Gallipoli Campaign, World War I.

“These heroic women returned, having endured unspeakable hardships during the Gallipoli campaign, to their home in the absence of any recognition of their services to Australia”, explains Ms Petula Columbus, Secretary of OEEGASA. Memories were stirred with the laying of Remembrance Wreaths and a minute of silence.

Keynote Guest Speaker, Major Christopher Roe, Manager of the Army Museum of South Australia (AMOSA) mesmerised the audience with powerful stories and visuals of the Gallipoli struggle and reiterated the importance of the strategic alliances of Australia and Lemnos with Gallipoli. He also mentioned the arrival of Matron Grace Wilson on 9 August 1915 with 130 Australian nurses. There were also some poignant stories of family and relationships surrounding some of the military personnel of the time.

A toast was proposed to honour Mary King, a World War 2 Nurse and all the nurses. “Sister Olive Haynes, an ANZAC nurse from Adelaide, would have been delighted to know that she and the other nurses were no longer ‘invisible heroes’ as a slide show containing dozens of authentic photos from their Lemnos tour of duty, brought these heroic women to life together with all the dreadful conditions and primitive resources that they had to endure” adds Ms Petula Colombus.

Some of the guests also enjoyed a tour of the Army Museum of SA, where currently a special exhibit depicting the Australian Nurses on Lemnos is currently on display.

“It was a very special occasion that made us all feel very proud and as Lieutenant General David Morrison, Chief of Army of the Australian Defence Force pointed out: “We ought to acknowledge and honour the roles of our Australian sisters in war at this very unique ANZAC Centenary event”, concludes Ms Petula Columbus, Secretary of OEEGASA.