Anastasia Marinakou has moved to Melbourne to be trained by Kathy Freeman’s coach, Nic Bideau 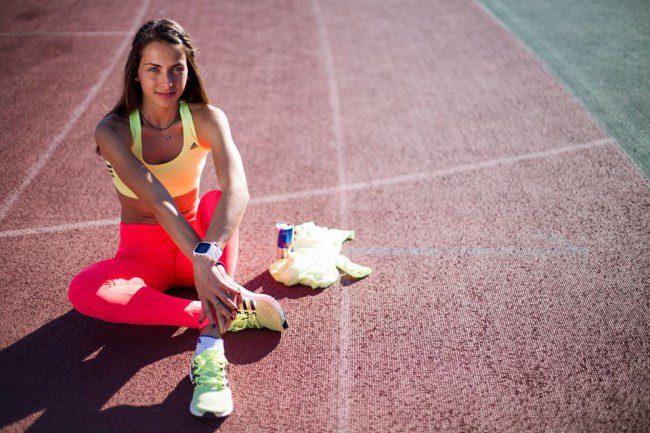 In 2015, she was voted one of Greece’s top young athletes, yet, driven away by the crisis, from now on Anastasia Marinakou will be running on Australian tracks.

A short while ago she made the decision to relocate to Melbourne together with her family. She obtained citizenship via her father, who had previously lived in Australia for 25 years.

“This is why there was no visa issue for me,” the 20-year-old told Neos Kosmos.

“There are, however, other problems; mainly that of surviving.”

Last year, Anastasia broke three national Greek track records, while she came fourth in the 1500m and eighth in the 3000m in her category in the European championship. She was hoping to qualify for the Rio Olympics but missed the mark by two seconds.

Although she has just moved to Melbourne, she took to training head on with the help of Nic Bideau, Kathy Freeman’s former coach.

Her first goal is to make it to the 2017 European Athletics Championship and then to the World Championship.

“Of course, the ultimate goal is the next Olympic Games,” she emphasised. 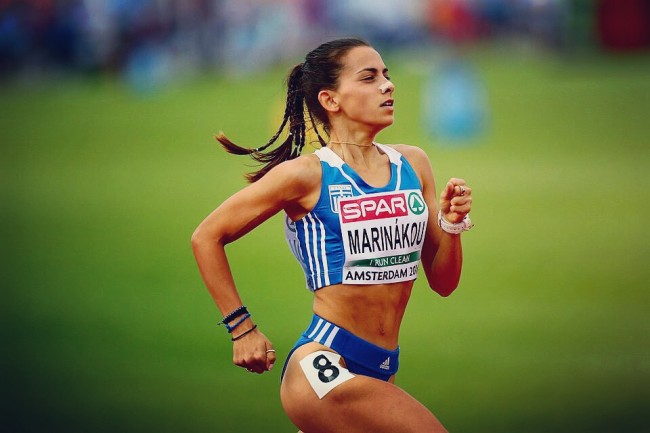 In order to realise her dreams, however, Anastasia needs sponsors and hopes to achieve that through the help of the Greek Australian community, as things have not been easy for her financially. Even in Greece she had to leave her family behind in order to move to the OAKA campus in Greece and train.

“My heroes are my parents, who have stood beside me and have supported me throughout my journey,” she says of her Lakonian father and mother from Chalkida.

Part of the family’s decision to move Down Under was for Anastasia to pursue a career in athletics, which is extremely hard and disheartening in Greece. She will study economics at university and meanwhile, train.

The words ‘doping’ and ‘champion’ − words directly linked for many − come up.

“It doesn’t have to be that way,” she insists. “Undoubtedly, high performances and records can be achieved without resorting to doping. We can’t afford a few examples smearing the image of all athletes. There are ways to avoid the use of forbidden substances and supplements to boost one’s performance, like altitude training.”

For Anastasia, time is the sole judge of an athlete’s performance. When an athlete keeps improving over the course of several years, “it is proof they are doing something right,” she says. “Fireworks is what we should be wary of.”

What does the word champion mean to her? What do career athletes have in common?

“People who pursue a career in athletics aiming for medals are fixated on accomplishing their goal. They dedicate themselves to getting that gold medal. There’s no other way to succeed. This cause needs complete devotion and discipline,” she replies.

But sacrifice goes hand in hand with that medal, and she knows that very well already.

“There are times I’m envious of my friends who can go out whenever they want. They don’t have to follow a strict diet and are more relaxed,” she admits.

“However, when you set your goals at such a young age I believe you have to come to terms with sacrificing some things; having priorities.
“Life is ahead of me. I can catch up. I’m not in any hurry.”