'Customers come first and everyone is welcome!'

“We feel honoured that the passion for what we do within our family business has been internationally recognised and awarded for a second year in a row,” said Mr Chapley, who credited the success of Frewville to the entire team of staff and network of suppliers and producers who all collectively contribute to the supermarket’s success.

Founded in 1962 and operating in more than 30 countries, IGA judged all entries on their wide range of products, innovation, customer service, employee development, leadership opportunities and community involvement. The IGA 2017 International Retailer of the Year Awards honoured the IGA retailers who, based on IGA’s globally applied standards, have achieved exemplary excellence in retailing and advancement of the IGA brand.

Owned and operated by Mr Nick and son Spero Chapley for more than 27 years, Frewville tied with Taylor Road IGA in Western Australia to claim the title.

“The commitment these IGA International Retailers of the Year have made to their customers, their community, their associates and the IGA Alliance is an inspiration to us all,” IGA CEO Mark Batenic said in his statement.

“We couldn’t have asked for a better group of retailers to lead the way in the coming year as IGA works to advance both our shopper experience and our brand as a whole.”

Purchased by the family group in October 1989, the 3,100m2 Frewville site employs around 300 staff and has quadrupled its sales under CRG’s ‘Adelaide’s Finest’ branding and transformation in the last few years.

“Our staff is our most important asset and our relationship with them is based purely on respect and honesty; therefore, it is refreshing and motivating to see that everyone who works here loves what they do as much as we do,” says Chapley. Frewville Foodland IGA is described as Australia’s first certified organic supermarket, with one of the largest ranges of fresh produce in South Australia, and it also includes prepared foods, a meat servery, bakery, cheese bar, readily-available fresh seafood, a health-and-wellness section and live music instore, including a piano and guitar, showcasing local talent.

Apart from the supermarket, the Frewville store launched a fresh flower bar just before Christmas, holds ‘in-house’ events where people can sit at a table and enjoy fresh food prepared by experts and now serves freshly-cooked meals and high-quality coffee at Mr Nick’s Kitchen & Coffee Bar.

“It was a very proud moment for a South Australian family-owned business to be recognised internationally, but this award is really our customers’ award because for us, we are just doing our job,” said 45-year-old Spero Chapley, director of the family business holding company, Commercial Retail Group (CRG).

“To my father, this award represents so much. It’s the result of 60 years of hard work and long hours, day and night.”

Premier of South Australia Jay Weatherill also took to social media to congratulate the Chapley family for its achievement.

“A big congratulations to Foodland Frewville on being named Australia’s best IGA store for the second year in a row. Fantastic to see a South Australian family-owned business receiving accolades on the national and world stage,” he wrote. 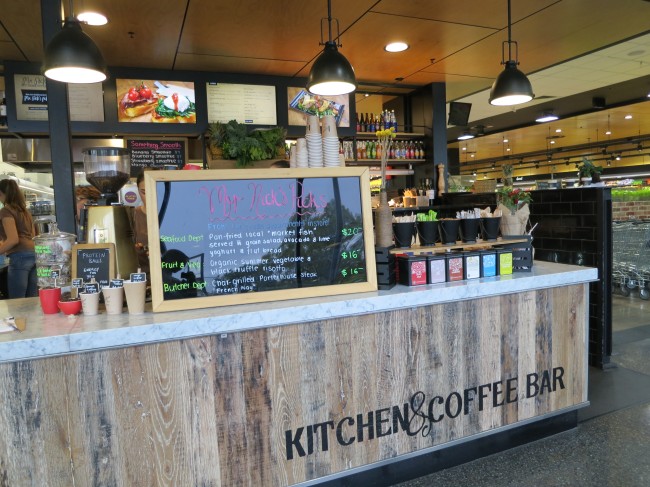 For visionary Spero and determined Mr Nick, there is no real secret to success but an internal discipline to lead by example and give their much valued employees and customers what they need and want.

“Our vision is to be more than just a supermarket.
“We want everyone to come in and enjoy their experience in a pleasant, personable and friendly environment with people smiling and no self-serve checkouts in sight,” says Spero, who hopes to be in a position to offer more jobs for young South Australians over the next couple years.
“We have made a business pledge and a public pledge and it’s important to say we won’t put in self-service checkouts. It devalues service and erodes employment opportunities and we are always looking to create jobs and we do that by creating opportunities in our stores.” 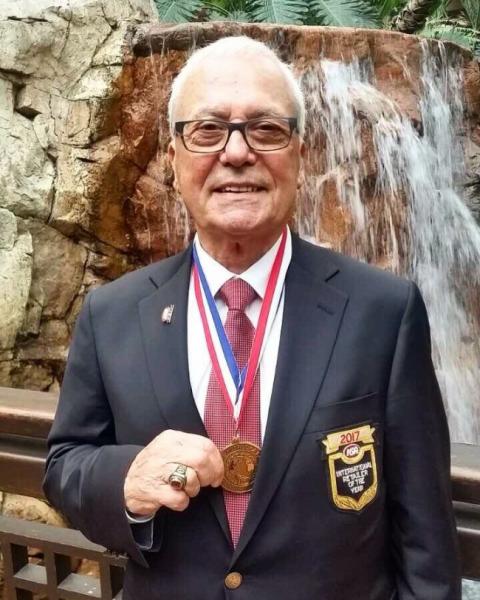 Always conscious about not letting the community down or leaving young people behind, the successful businessman admits that philanthropy to him doesn’t come from a sense of obligation but rather a sense of pleasure.

“In our family we always say that one should never forget where they came from, thus we are happy when the wealth and opportunities are spread across the whole community,” says Chapley.

“It is a privilege to service our communities as it allows us to be a real advocate for local brands, producers and suppliers and ensure they continue to have a strong presence on the shelves across the state. We create civic precincts where everything we do has a positive and lasting effect on our community’s wellbeing and economy.
“Of course everybody is welcome.”