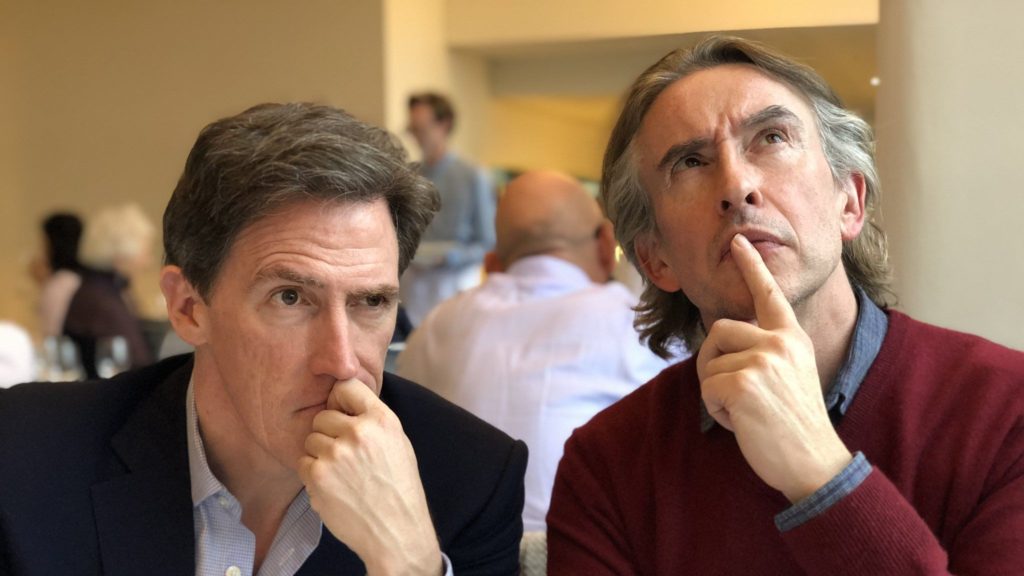 Fans of the The Trip series can rejoice, as reports reveal Steve Coogan and Rob Brydon have come together again for a fourth hilarious instalment, this time taking the comedians to Greece.

Directed by Michael Winterbottom, filming commenced this week on The Trip to Greece.

Lunch with a friend to discuss The Trip To Greece… pic.twitter.com/dRwwtPSWE5

The series fist started in 2010 on BBC Two as a television sitcom, and was then edited into a feature film. It sees Coogan and Brydon play fictional versions of themselves on a restaurant tour of northern England.

Full details of the latest instalment have yet to be revealed.

This is Coogan’s second recent project in Greece. The 53-year-old just finished filming Greed, a feature film also directed by Winterbottom. A satirical take on wealth, it stars Australian actress Isla Fisher and centres around a billionaire’s 60th birthday on Mykonos.

If you aren’t familiar with ‘The Trip’ series, watch ‘The Trip to Spain’ trailer below to get an idea.