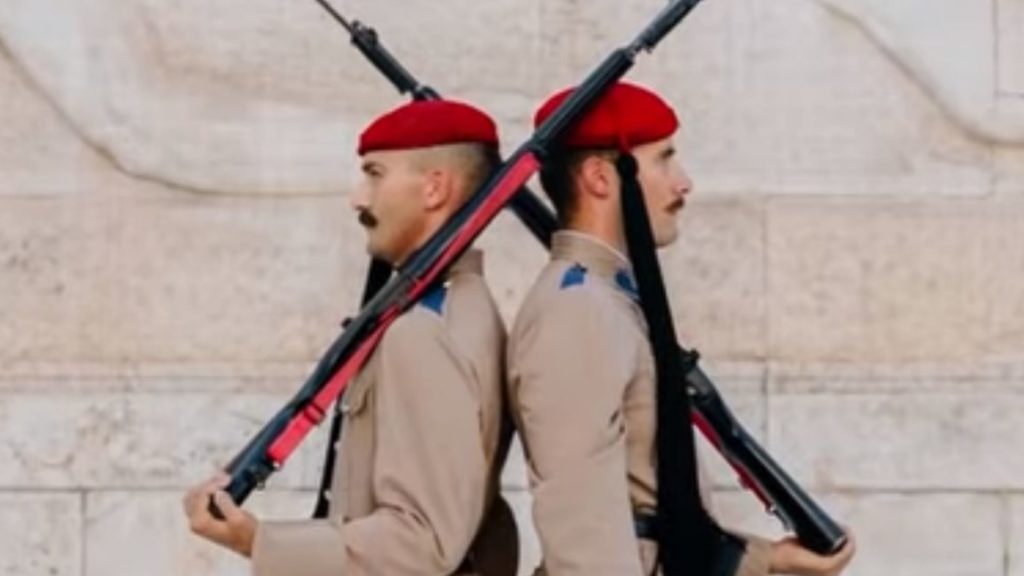 The changing of the Presidential Guard outside Greek Parliament House and the Tomb of the Unknown Soldier is one of the most popular attractions for foreigners in Athens.

Almost 150 years in existence, the elite unit of evzones is more than just a tourist spectacle. Despite the pomp, ceremony and symbolism of the unit’s garb and operation, it is one where military precision matters and requires gruelling training. Only the most impressive recruits are selected for the unit after rounds of physical and psychometric tests and interviews, so it is an honour to just make it in.

Yorkshireman Evangelos Marathos Rainey, aged 26, spent nine months in the unit. The Greek American who grew up in Yorkshire wanted to join the unit and experience life as an evzone before joining the British Army.

Military TV created a small film about the young man’s experience in the guard that selects only specific candidates that are male, at least 6ft 2 in height, of Greek nationality, have no medical complaints, and have no tattoos.