As a young Greek-Irish boy raised in Melbourne, Geoffrey Conaghan was fascinated by tales of his great grandmother Amirisa Hatziagapitou Askitis.

Photos of her as a black-clad yiayia in Australia were far removed from two suitcases filled with her multi-coloured belongings – remnants of another life on the remote island of Kastellorizo in the southeastern Mediterranean.

Through the exotic silks, impeccable satins, fine georgettes and plush wools, Conaghan saw and felt the island’s history – with geopolitics becoming a tangible affair, intricately woven between the layers and spoken by the detailed embroidery. And it’s this fascination that he’ll share in his talk, titled Origins of the Kastellorizian Costume at the KAV Clubrooms on Sunday, 14 April.

“These aren’t just clothes but pieces of history,” Mr Conaghan told Neos Kosmos in reference to his family’s heirlooms numbering a total of 80 items.

“When I first saw them, I marvelled at the intricacy of the designs, and the exotic colours that were in stark contrast to the all-black look that my great grandmother went for in Australia as she tried to blend in when she first arrived as a 40-year-old immigrant in 1880.” 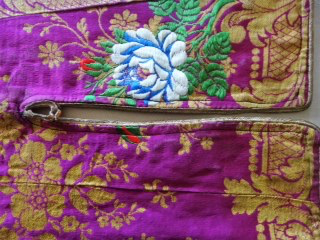 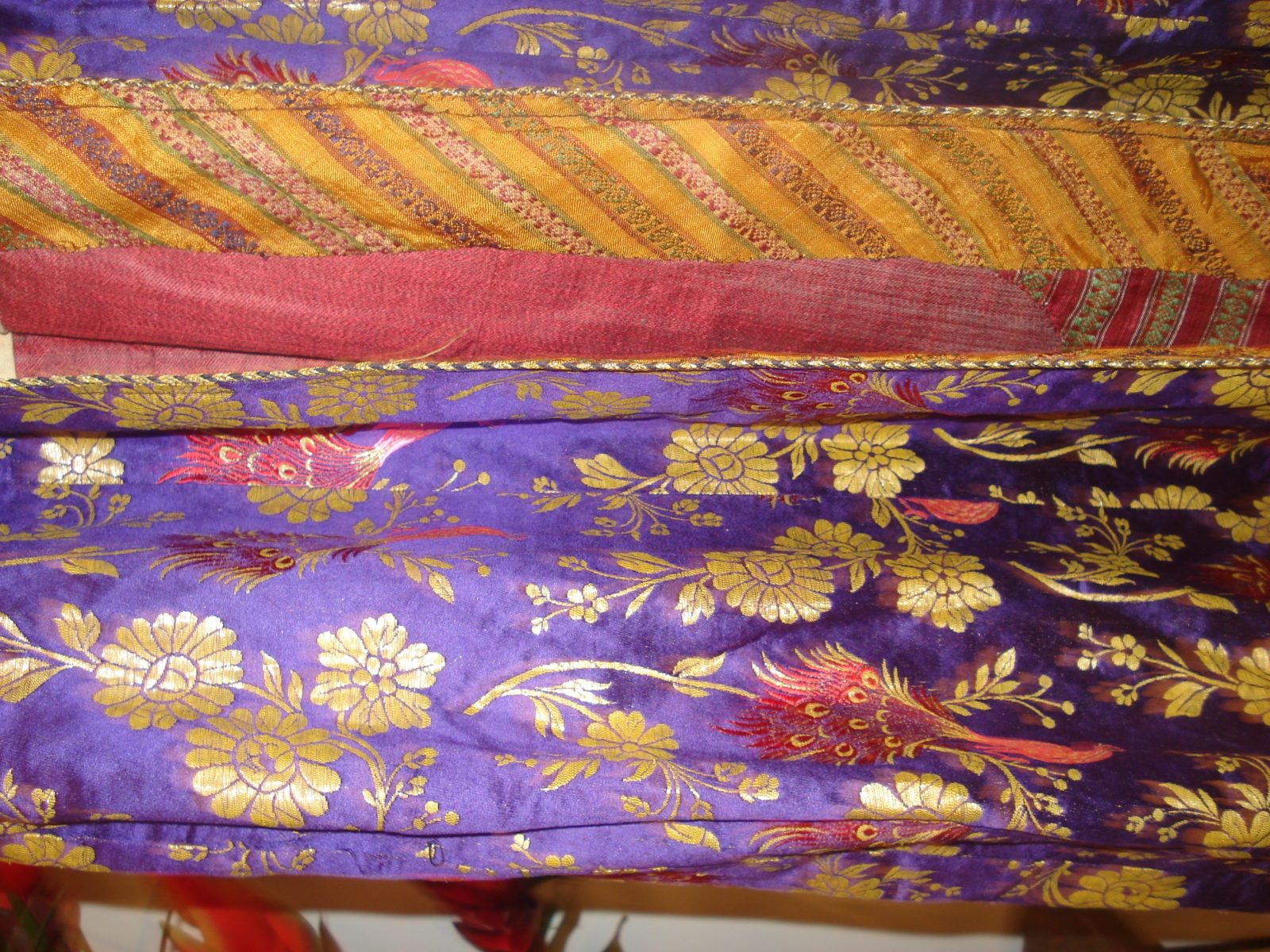 Clearly, the interest in the textiles wasn’t about the pieces as fashion statements, nor was it purely a fascination with the complexity of the designs. The allure was so much more than a second-generation Australian’s exploration of his roots through his fourth generation matrilineal line. It ran far deeper than that.

“The textiles used in the wardrobe reflect trade routes and include Indian ikats, South Asian batik and silk; French, Italian and Turkish silks and velvets,” he said.

Trade has always been a fascination for Mr Conaghan, a retired Victorian Agent-General to the UK.

As a man who spent a large portion of his career promoting the trade and investment opportunities of Australia abroad, he was mesmerised by the stories told through great-yiayia Amirisa’s garments.

Amirisa lived on the island at the end of the 19th century when it was the only safe harbour between Fethiye and Beirut. the island was important because of its location and Kastellorizo’s population and economy reached its apogee with an estimated 10,000 people residing there, a stark difference to the 492 people counted in the 2011 census.

During the island’s heyday, most of the men were seafarers, sailing ships that traded products from Anatolia. While the men travelled, the women enjoyed the spoils of their labours, wearing the finest fabrics and creating clothes that were an amalgamation of different fashions – the best of east and west.

“At one point Kastellorizo was a French protectorate, and it also came under Italian rule, and then there was trade with China, Indonesia and Africa. So many influences that can be seen through the garments,” Mr Conaghan said.

“Clearly Kastellorizo was the place to be.” 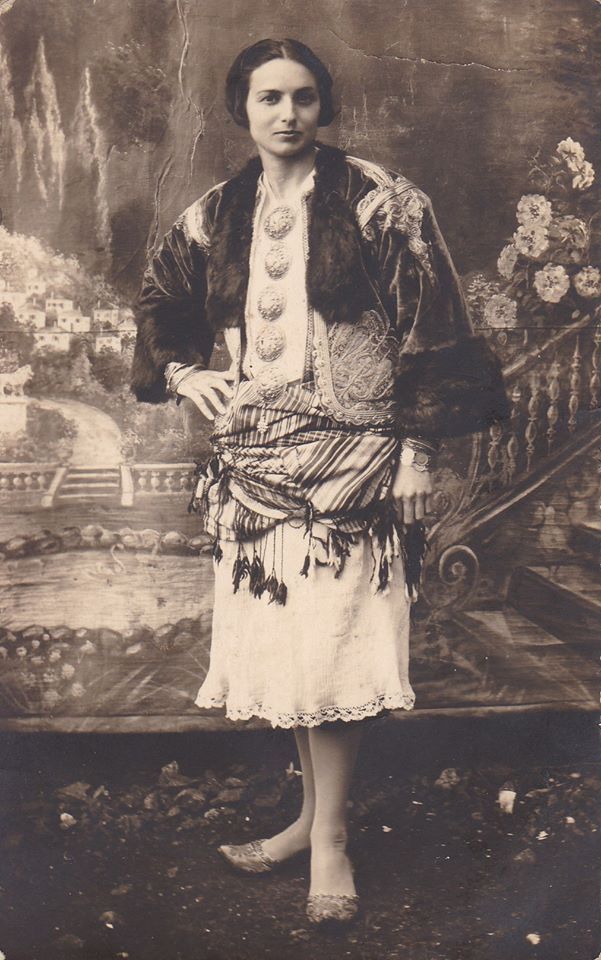 It was a woman’s world

Women in particular enjoyed a privileged lifestyle. They were left to their own devices to manage the property as the men went off to sea. Wealth was passed on from mother-to-daughter until local customs were replaced by the Greek property laws in 1980.

“The trick was to marry the eldest daughter,” Mr Conaghan said, adding that the weddings  would be lavish affairs where brides – unlike those of other islands – wore white, a tradition that was imported to the island from France.

Single women would build their dowries that also included trunk loads of fashionable items accessorised with the finest jewellery from Nicosia, where the best craftsmen of the Ottoman Empire were found.

The clothes, unlike today were meant to last for more than just one lifetime.

“Passed down through five generations of women, my mother inherited the wardrobe as the only daughter,” Mr Conaghan said.

“My grandmother went through four pregnancies, and there are signs that alterations were made to accommodate her size.”

Despite alterations, the clothes are of pristine condition. The collection consists of summer and winter garments that would be worn in layers all the way down to bloomers and other undergarments.

The centrepiece of the collection is a coat dress in the traditional style, open below the knees, emerald green on the outside with vivid purple lining on the inside.

Fabrics are spectacular with yellows, crimsons, bright green and sky blue with gold trims – an Aladdin’s kaleidoscope of colour.

“People weren’t afraid of colour and patterns back then,” Mr Conaghan said of his great grandmother’s apparel that stands as the largest intact wardrobe hat the Kastellorizian Association of Victoria knows to date.

The wardrobe carries a legacy.

“It needs to be aired on occasion,” he said. “And I recently spent $1000 to have it professionally cleaned by a textile conserver. there are just two or three in Melbourne.”

One of the airings will take place at the event being hosted at the KAV Clubrooms on Sunday, 14 April, where his mother’s clothes and others will be presented to the wider public.

The KAV Clubrooms are at 250 Dorcas Street, South Melbourne. Visitors should bring a plate. Entry is by donation.