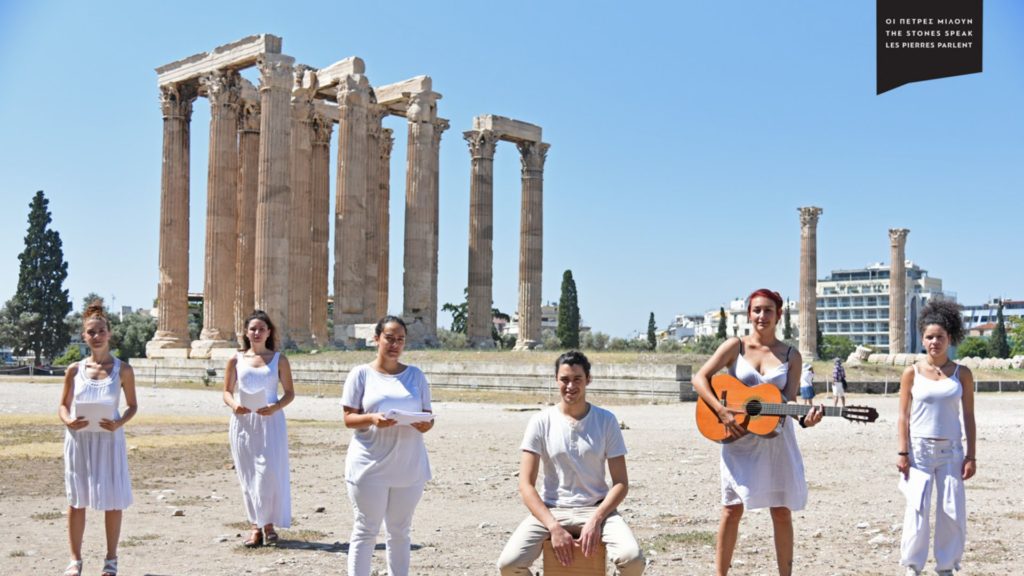 ‘The Stones Speak’ initiative is returning to Athens this month in a bid to get both locals and tourists re-engage with Greece’s ancient cultural heritage that offered so much to the world.

Launched by the Hotelier Association of Athens – Attica and Argosaronikos together with Athens International Airport, people will have the unique chance to see the words of ancient Greek philosophers, poets and politicians performed at three of the city’s most significant museums and archaeological sites: the Byzantine Museum, the Ancient Agora, and the Acropolis Museum.

Running over three months in July, September and October, the texts will be interpreted and performed by students of the Delos Drama School who will bring a freshness to the historical excerpts, which have been selected from texts that fascinate both those already familiar with Ancient Greek literature as well as those who first come into contact with it.

Examples include Pericles’ Funeral Oration by Thucydides, Plato’s Symposium, Aristotle’s Rhetoric, Sophocles’ Antigone and Homer’s Odyssey, which explore ideas surrounding democracy, beauty, friendship, the collective spirit, and our eternal search for a homeland – all of which continue to be relevant, inspiring humanity in 2019.

READ: Freedom of Speech from Ancient Greece to Facebook

As well as bringing people back into contact with the ancient Greek cultural heritage, the initiative is also a chance to enhance tourism, giving visitors to highly quality and engaging experience.

The performances will be made accessible in three languages: Greek, English and French.