Samos is situated where Europe ends and the East begins. In comparison to the Cyclades, it is an emerald island. On some beaches the green hues of the pine and olive trees reflect in the crystal-clear waters, creating turquoise seas – paradisiacal swimming grounds. Many revisit this East Aegean island for its beautiful beaches in particular; from some of them you can see Turkey’s coast so clearly, that you could mistake it for the Greek coast.

Turkish tourists have become all the more popular on the island over the last few years, enjoying a more European lifestyle there, and joining the many Scandinavian tourists who have traditionally visited the island since the ’70s. But since 2015, the many refugees that have used the island’s proximity to Turkey as an escape route from the turmoil in their own countries (from Afghanistan, Syria, Democratic Republic of the Congo, Iraq, Palestine in particular), have added another, thornier dimension to the island’s cultural vista.

The influx of refugees, is something that has changed the whole character of Samos Town (or Vathi as it used to be called). Beyond it, there is no sign of what is going on there, and the rest of the island remains dedicated to tourism’s whims and dictates. Inside of it, you enter a new multicultural scenario, where political and economic migrants, Frontex, locals and non-governmental organisations (NGOs), try to deal with an ordeal which is just one parameter of an international crisis. According to the UNHCR, 2,275 refugees died or went missing trying to cross the Mediterranean Sea in 2018, making it “the world’s deadliest sea crossing”. The coastguards’ lives have been changed forever, after having to confront scores of drowned humans who didn’t make it.

In Samos Town, the refugees hang out mostly at one of the town’s squares, newly renovated with marble, situated on the port’s promenade, and complete with a ‘periptero’ for buying drinks etc. Afghans, Syrians and others (even some Jamaicans have made their way into the cultural mix), hang out and talk on their mobile phones, under the watchful eye of Samian politician Themistoklis Sophoulis’ statue, opposite the derelict, crumbling, Xenia hotel. Refugee women and children, clad in colourful textiles, shop at the Chinese shop near the square. They also visit the nearby supermarket, and the children’s playground in this vicinity. It’s as if they have found their space in the town centre. They are not allowed in many establishments, or on any of the beaches (apart from one remote beach which they are taken to under supervision).

READ MORE: Menios Kottakis takes us on a trek through mesmerising Samos

On the one side, the town and its citizens have suffered due to the hotspot. Some cultural events have been moved to other regions eg the wine festival, because many refugees saw it as an opportunity to get drunk for free and cause havoc (just like English tourists on Rhodes?). But from another perspective, locals that have collaborated with the NGOs, providing services/accommodation, have profited. The town is thus divided.

A group called ‘Samos Volunteers’ (also on Facebook), has catered to the needs of the refugees, whilst many locals have provided food and clothing. Others provide education and medical help. Some NGOs have also been able to collaborate with the locals and supply some of the refugee families with better housing, outside of the abominable conditions of the hotspot (situated on the mountainside, on the outskirts of town), which was designed to house around 650 people, but is now housing over 4000. Tents have been set up outside of its vicinity, nicknamed the ‘jungle’. Plans for a new, bigger hotspot to be built at a different site (part of which was once a slaughterhouse), further away from the town, had been initiated, but have now been stalled for the time being.

But let’s not forget, that many of the refugees are also benefiting from the cash assistance supplied by non-governmental agencies, which can range from 90 to 550 euros per month, depending on their circumstances. With some form of free accommodation, food and clothes being offered, rumour has it that many of the refugees send some of this money back to relatives, so that they can collect funds for their own illegal crossing. Hence, the situation needs further serious thought and action from all involved. According to the European Commission, Greece has benefitted from 2.07 billion euros of EU support for the refugee crisis, since 2015. Exactly how that monetary aid has been spent by Greece and the NGOs to which it was allocated, needs investigating, if one considers the squalor of all the hotspots. A thousand years ago, a group of devout Christians from the Greek island of Samos built a church and small monastery in an impossibly remote location, high above the small settlement of Kambos, on Mt Kerkis. Photo: Twitter Tourism as usual, plus culture

The paradox of the situation is that despite all that is going on in Samos Town, the island is still trying to uphold its reputation as a great holiday destination. It has a lot to offer, and not just because of its great beaches, but also for its good food, wonderful villages, hiking trails, plus plenty of cultural assets, both ancient and contemporary. In fact the latter part of the touristic equation seems to be gaining emphasis all over Greece, and especially on the islands. This summer, Delta Art Gallery held its official opening party in Samos Town. It is the town’s first gallery, and the latest addition to the island’s cultural scene, presenting visitors with works by Samian artists (including those of Dimitris Sevastakis, Syriza’s former MP for the island, also a professional artist and university lecturer).

Over the past six years, the Schwarz Foundation’s art, music and educational events in Pythagorion, have put Samos on the map of international cultural interest: The Art Space Pythagorion’s summer art shows, curated by Katerina Gregos since 2016, have presented the public with cutting-edge creativity from around the world, with poignant contemporary theory and artistic practice forming the basis of each show. This year’s exhibition, entitled ‘13,700,000 km3’, explores the socio-political undercurrents of the Mediterranean Sea. Furthermore, the Schwarz Foundation also organises the Samos Young Artists Festival, which brings musicians from around the world to the ancient theatre of Pythagorion.

Further down from Pythagorion, there’s the small village of Ireon, which has been hosting the Ireon Music Festival, since 2004. Over the years, many Greek bands (Locomondo in particular), have played there, but even international names such as The Stranglers, the Stereo MCs, Aswad, Peter Hook & The Light, plus Inner Circle have braced its stage.

In terms of ancient culture, you can visit the two archaeological museums (in Samos Town and in Pythagorion. The former houses one of the largest Kouroi that have been found in Greece (6th century, and 5.25m tall). These museums give you an idea of the importance of Samos during Polycrates’ reign in the 6th century BC, when the ancient site of Heraion was created, plus the Eupalinos Tunnel (both listed as UNESCO World Heritage Sites, as is the ancient port of Pythagorion). You can also follow the footsteps of Pythagoras, and visit his hideout – a cave in the region of Marathokambos.
Another interesting part of Samian history, is the period during which the island was a self-governed, semi-independent state, or ‘principality’ of sorts (1834-1912), under the protection of France, Britain and Russia, but also governed by a series of Christian Ottoman Princes, chosen by the Porte.

During this time, the island flourished architecturally, industrially, and in terms of productivity (eg the tannery industry, plus tobacco and wine exports). Remnants of this period can still be witnessed in some of the beautiful buildings that can be spotted on Karlovasi’s Rivas Street for example, while some still also exist in Vathi. The Samian wine, that even Byron waxed lyrically about in his poem ‘The Isles of Greece’, is still a major viticultural asset of the island. 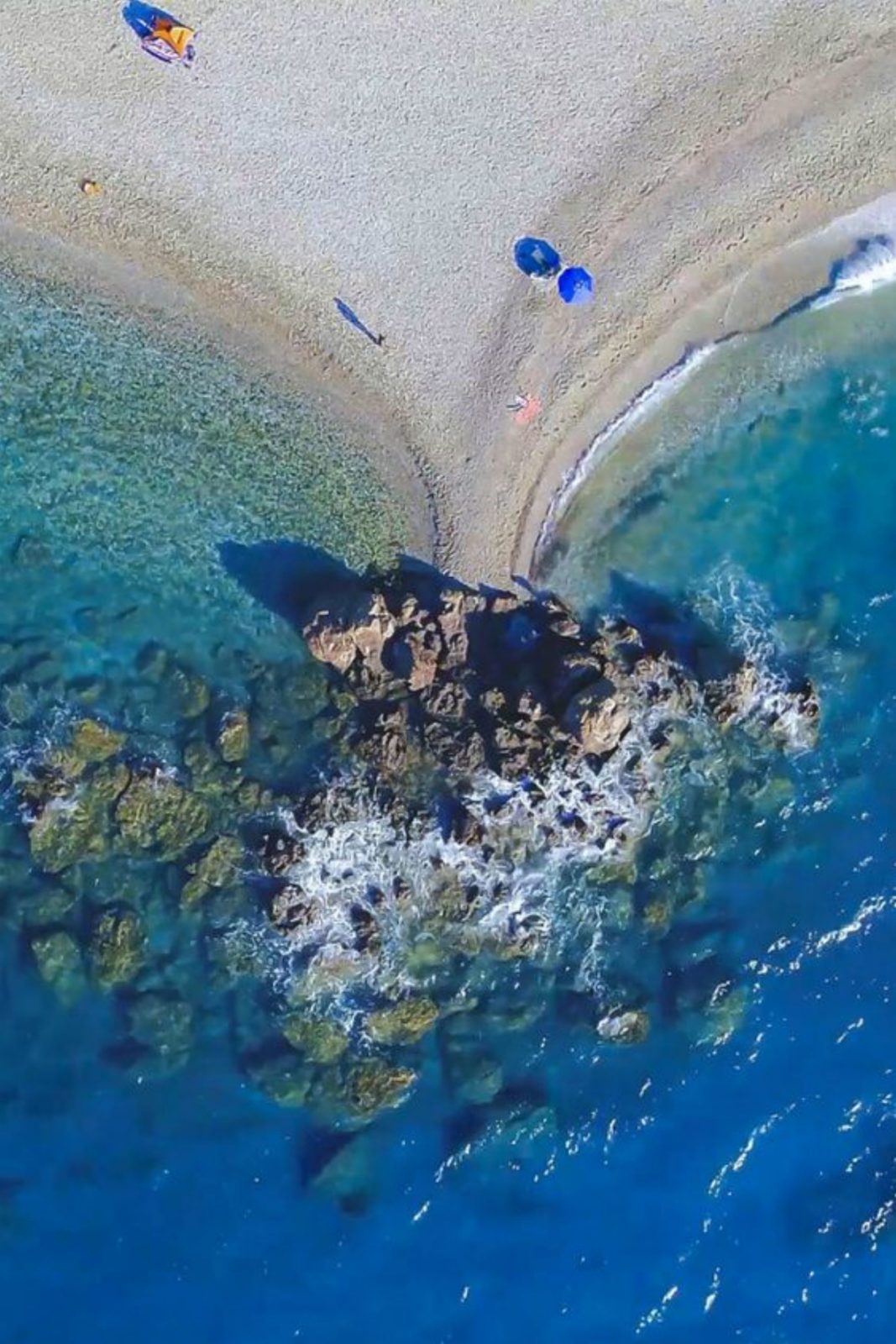 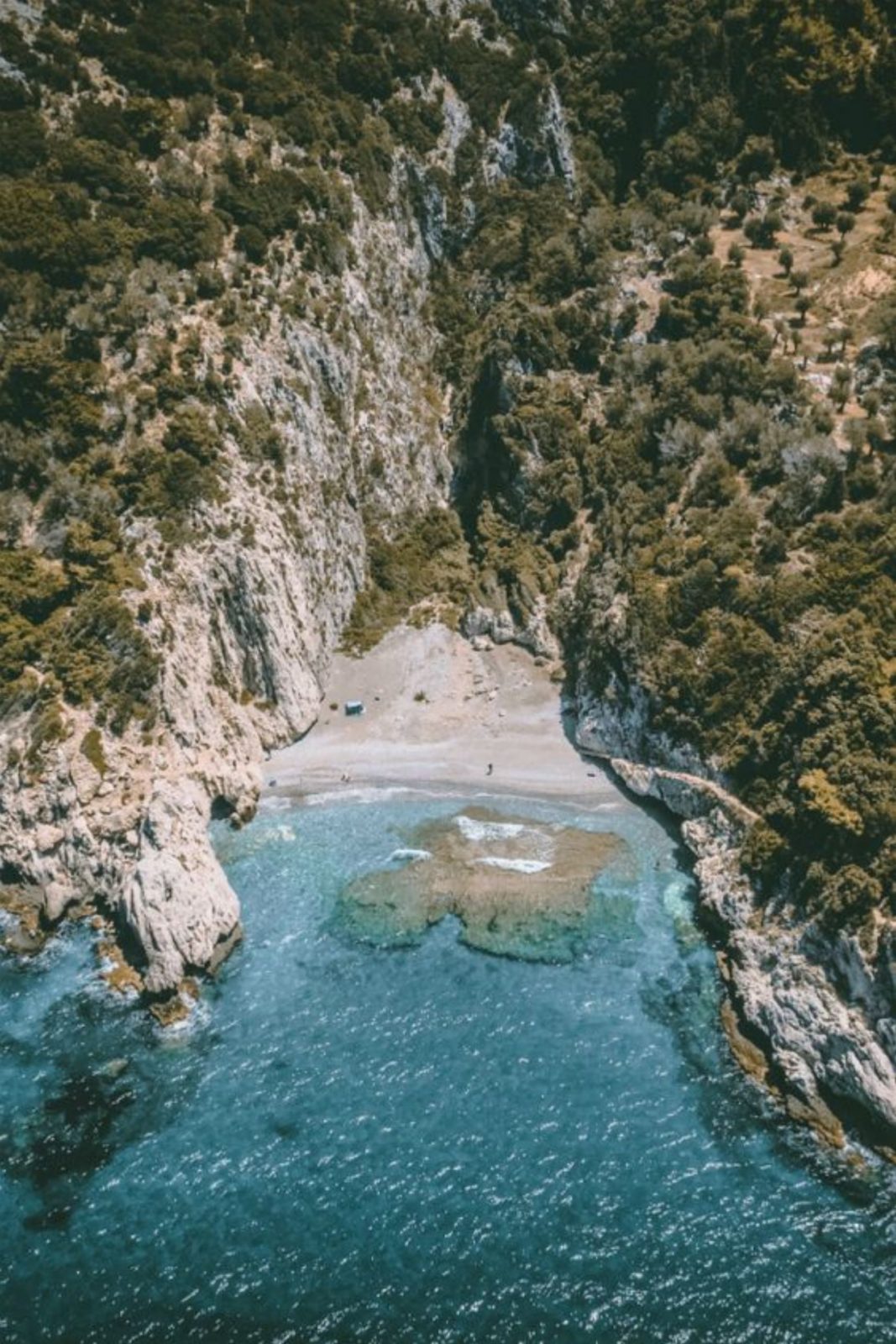 The expats that have decided to make Samos their home – from Holland, Switzerland, England, Germany and elsewhere, work in tourism, run shops/businesses, while some of them have preferred to spend their retirement years in Samos. There are even some artists too, such as Maria Sevastaki, of Greek-Australian origins – an instigator of art events on the island (eg this summer’s 1st mixed media exhibition that she organized called ‘Beehive’). In a café in Karlovasi this summer, I found a remarkable little art show by Peggy Cosman Nathanail, an ex-pat from Berlin, who used to be a philosophy professor, but now lives on the island.

The many Greek-Australians, who visit regularly their ‘horio’, also add their own colour. Some have returned to Samos for good (eg ‘The Theory Street’ café on the port of Pythagorion is run by ex-Melburnians). This is an island that has always been a stepping stone between East and West – a meeting point for many cultures, full of variety. Even the wildlife reflects this – from migrating flamingos and rare chameleons, to the golden jackals that howl in the night, up in the mountains.