‘Epiphany’, a film set in a Greek sponge diving town in the US, hits the big screen at the 26th GFF

Don’t miss out on the opportunity to meet actors Alex Dimitriades and Caitlin Carmichael
at the special Q&A screenings! Illuminating Greek culture in a non-stereotypical fashion is rare in the film industry, but sisters Koula Sossiadis Kazista and Katina Sossiadis have aspired to break this cinematic mould.

The duo’s joint venture in direction and script, Epiphany (2018), is among the 15 features showing in this year’s Delphi Bank Greek Film Festival and has brought together a stellar cast, including ACTA award-winner Alex Dimitriades (The Slap), rising star Caitlin Carmichael (Dwight In Shining Armor) and George Georgiou (Mamma mia!, Game of Thrones).

Set in a picturesque Greek sponge diving town in Tarpon Springs, Florida, the award-winning film shines a realistic light on a working class family’s struggle for survival and happiness, amidst a dying business, addiction, loss and secrets. An ode to Greek culture, it draws on the Sossiadis sisters’ understanding of their heritage and pays homage to the sponge diving town they would visit every summer for holidays. The viewer is invited on a journey exploring familiar relations against the backdrop of a community with a strong cultural tradition.

In the spotlight is Luka (Caitlin Carmichael), a troubled teen desperate for a connection with her father, Theo (Alex Dimitriades), following the death of her aunt, Maria, who raised her. Also thrown into the mix is the relationship with her pill-addicted uncle Peter (George Georgiou) and the birth of Luka’s friendship with an older man, Crab Apple (Burt Young).

In an exclusive interview, the female protagonist provided insightful details into the film’s plot and gave Neos Kosmos readers some behind-the-scenes peeks prior to the special Q&A screenings of Epiphany in Sydney and Melbourne.

As Ms Carmichael explains, her character’s choice to cling on to the negligent relationship she has with her biological father stems from the sudden lack of maternal figures in her life.

“She is a strong heroine, but to emerge into this, she must determine the place for a girl in her male-dominated culture,” she says.
Gender roles are presented without sugar-coating in a community where traditions remain intertwined with religious protocol. A straightforward example is found in the Epiphany celebration incorporated into the movie. In Tarpon Springs, cross-diving is considered a males-only act. But what happens when a girl wants to participate?

And that’s exactly what happened during Ms Carmichael’s research for her role in Epiphany.

“When I arrived in Tarpon Springs, the first thing I wanted to do was attend a church service at the local Greek Orthodox church so I could really immerse myself in the practices of the religion[…],” she says.

“There’s definitely a sense of authenticity that circles the film’s connection to the Greek Orthodox church.” 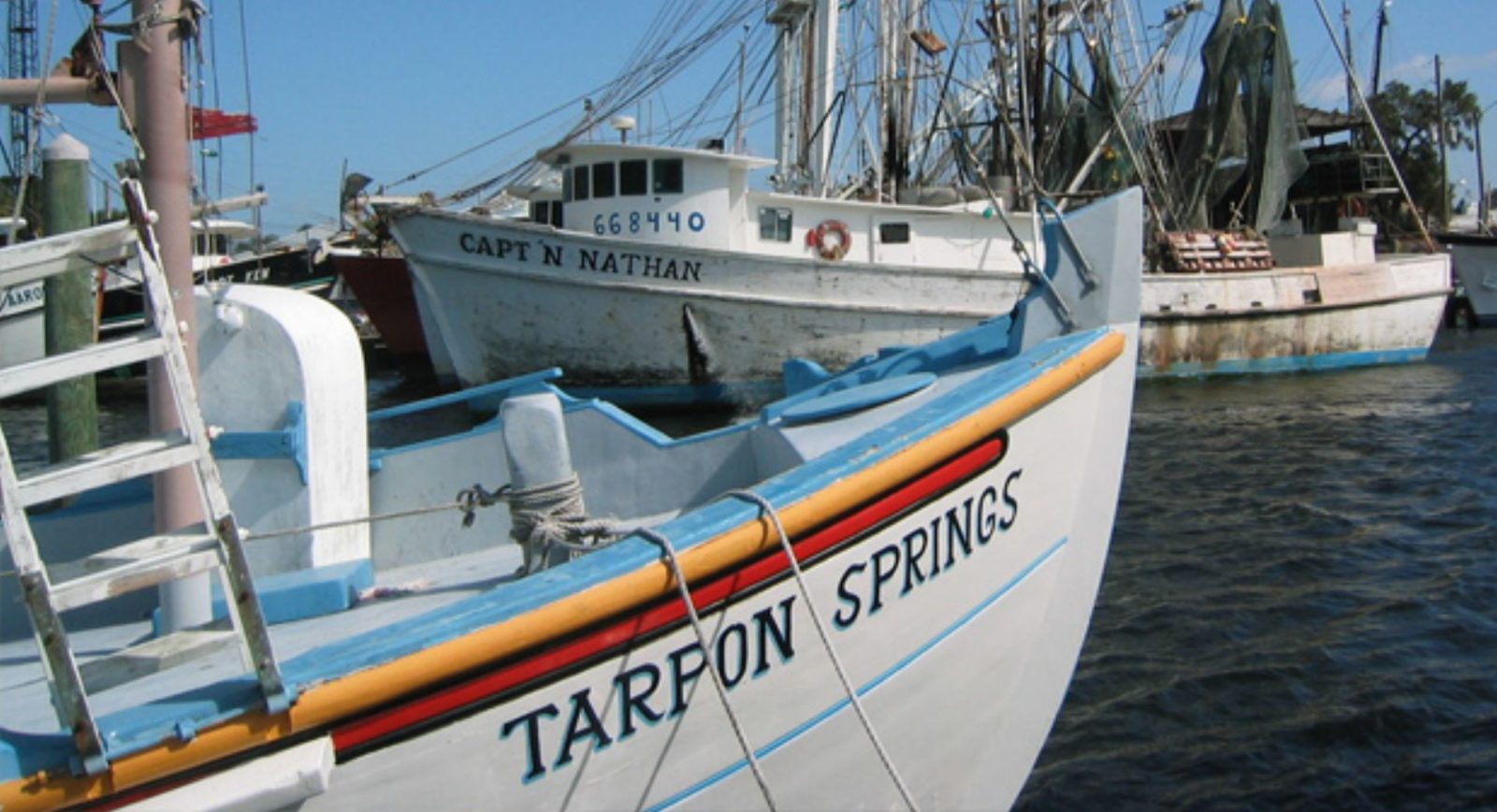 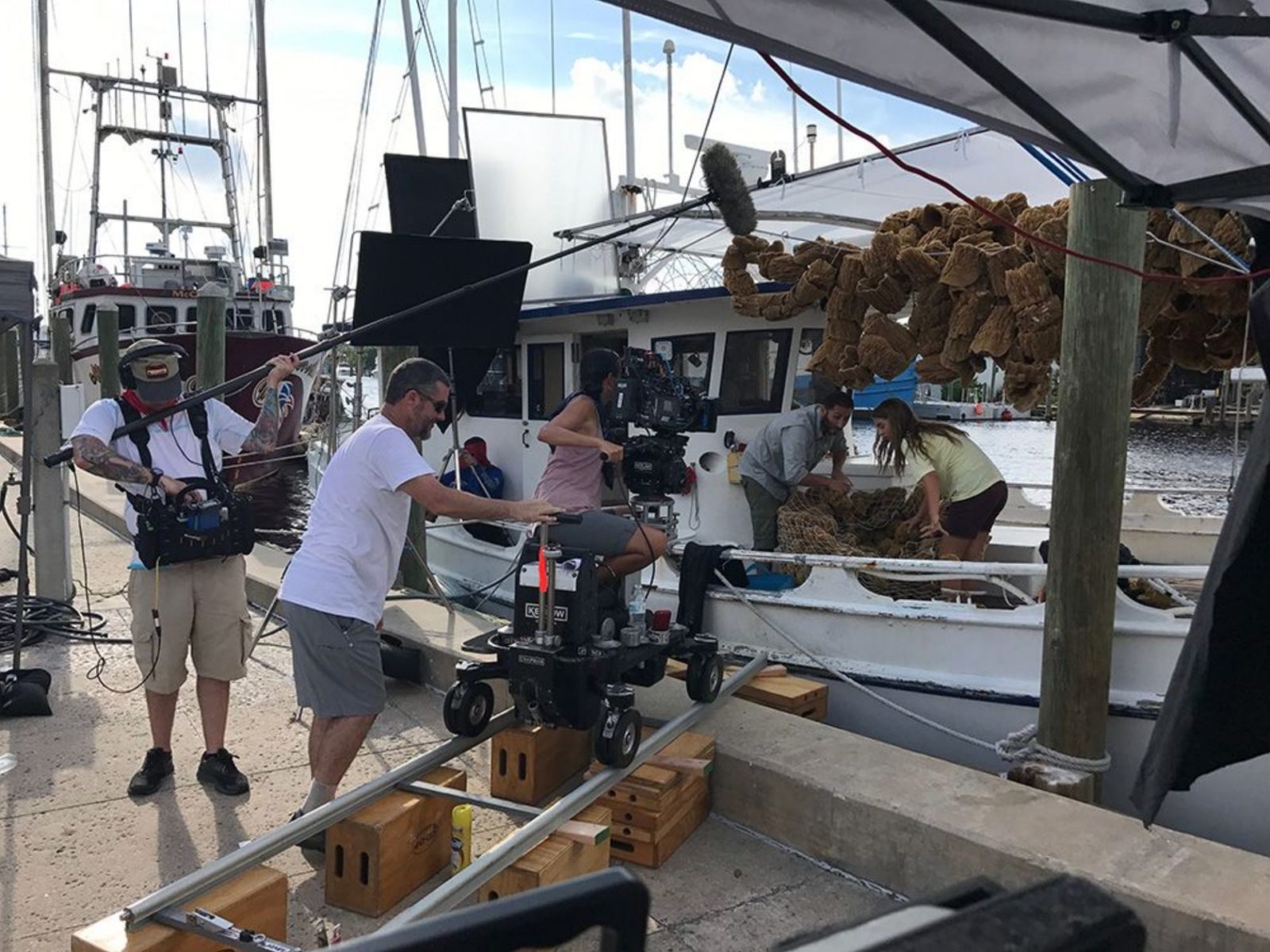 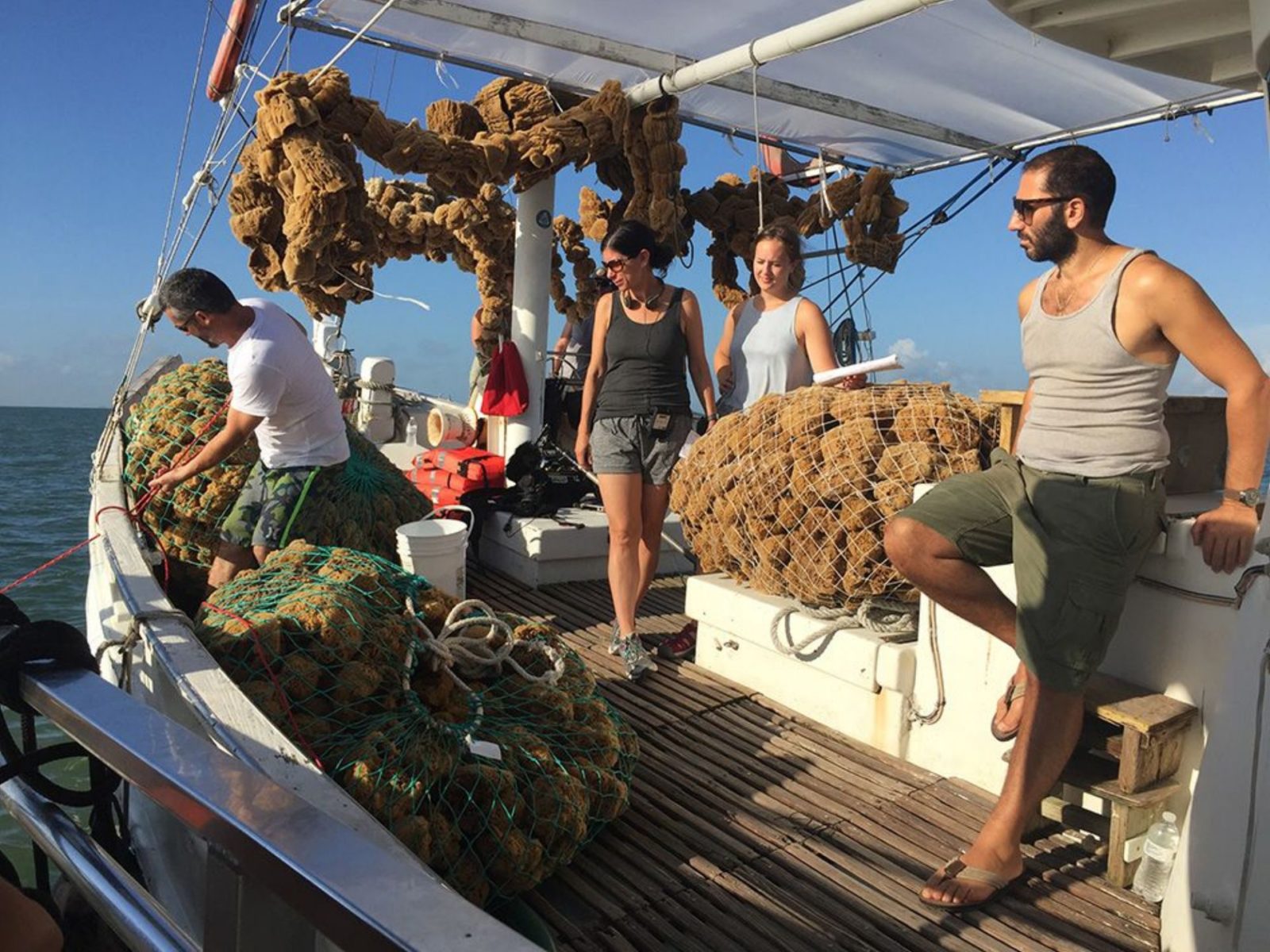 Grounded performances and a directorial focus on keeping the film’s tone raw and authentic were instrumental for this purpose.

“Our directors, Koula and Katina, explained to me that their priest found it crucial to have our leading characters appear as normal parishioners in the church. It was also extremely important to have Greek actors play the leading men. Koula and Katina were so adamant about casting the best Greek actors that they flew Alex Dimitriades all the way from Sydney,” says Carmichael.

Initiated into acting since she was three and a half years old, Carmichael, 15, has worked on more than 40 films!

Hence understandably, the collaboration with actors of the likes of Mr Dimitriades and Mr Georgiou, was just another educational opportunity and quite a rewarding experience for all.

“Alex and George both had character transformations that were very artistically inspiring for me to observe. Alex even survived a shoulder dislocation while performing his own sponge-diving stunts. This occurrence on one of our first days of filming showed me how dedicated he was to this film and his character. He was back on set in a day tackling really emotionally challenging scenes. He is truly unstoppable.

“George, on the other hand, was so positive all the time off screen. But as soon as he stepped in front of the camera, he was able to switch into the mindset of a widower processing love, loss, and grief.”

In fact, this wasn’t the first time Ms Carmichael crossed paths with Mr Georgiou on set.

“It was a really funny moment when George approached me and asked if I knew we had worked together before! I had no idea we were both a part of the cast of 300: Rise of an Empire,” the young actress recalls.

Having a close bond as a cast, she adds, allowed them to be “emotionally vulnerable with each other on screen”.

“For instance, Luka portrays a coming of age story, while her father, Theo, depicts a story of redemption. Water is a profound symbol throughout the film representing rebirth and revitalisation. Another interesting theme is survival through the perspective of American immigrants, ” she says, pointing out that family is the binding glue intertwining the lives of all characters.

But, according to Carmichael, one of the film’s most important elements is that it manages to speak to the heart of a universal audience.
“Whether someone is looking for a love poem to Greek culture, a familial story, a tale of redemption, something that promotes femininity in a male-centered world, a romance, or themes of spirituality, there’s something for everyone.”

* Epiphany is showing on 17 October in Sydney and 19 October in Melbourne, in special screenings followed by Q&A sessions with actors Alex Dimitriades (Sydney only) and Caitlin Carmichael (present in both Sydney & Melbourne screenings). For tickets head to greekfilmfestival.com.au