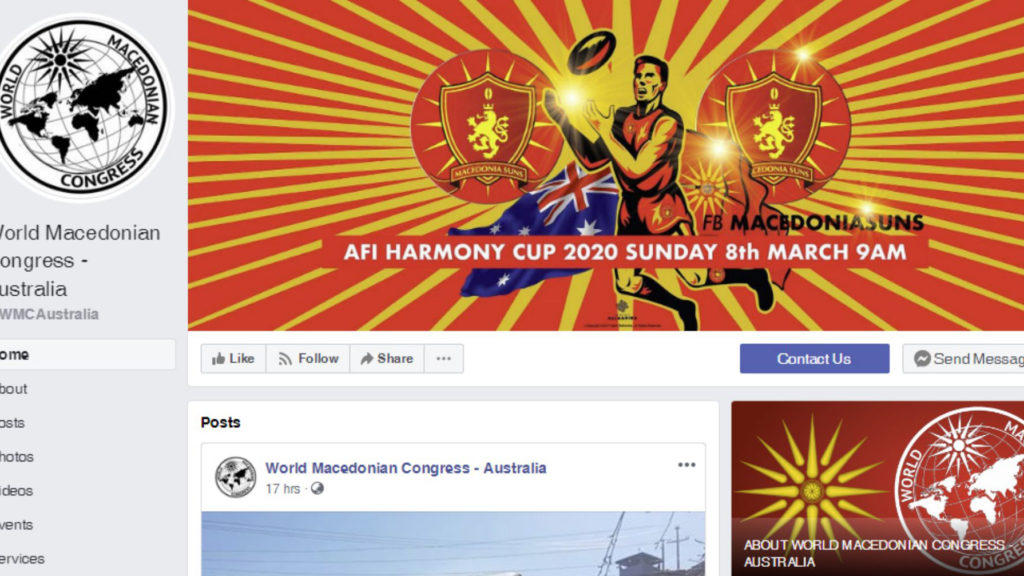 Three men have been arrested over an alleged bashing at a South Morang restaurant following a heated meeting at Whittlesea Council on 17 December, 2019.

Dozens of members of the North Macedonian community showed up to protest following the removal of a post by the Whittlesea Mayor Emilia Sterjova showing her dancing with a “culturally offensive” flag featuring the Star of Vergina at an official function.

Following debate at the meeting, three of the men who reportedly attended the protest later allegedly bashed a Greek Australian, aged in his mid-20s, at Rips & Burgers restaurant in South Morang. The man’s car was also allegedly vandalised, and he claims to have been stalked by more than just the three perpetrators seen in the CCTV footage.

The victim had told Neos Kosmos that he suffered blows to the head and face that lead to minor head injuries, and that he had suffered from a fractured finger.

The attack followed a fiery council meeting that night where Slavic Macedonian community members showed up to support mayor Sterjova, who was believed to be under pressure.

The Leader reports that two of the three men are in leadership roles in the Victorian branch of a North Macedonian group known as World Macedonian Congress Australia. One of the men is Aleksandar Ilievski, branch president for WMCA, whereas Nick Ilievski is a supporting committee member for the group. In the past, the WMCA had been in the spotlight when its National Co-Executive Chairman Jim Stefanovski had been convicted for fraud and gun dealing.

The accused men have been charged with affray and intentionally causing injury. They will front court in June.

Neos Kosmos called Mayor Sterjova for a comment however she is currently on leave.