Sunday night’s final is set to be postponed 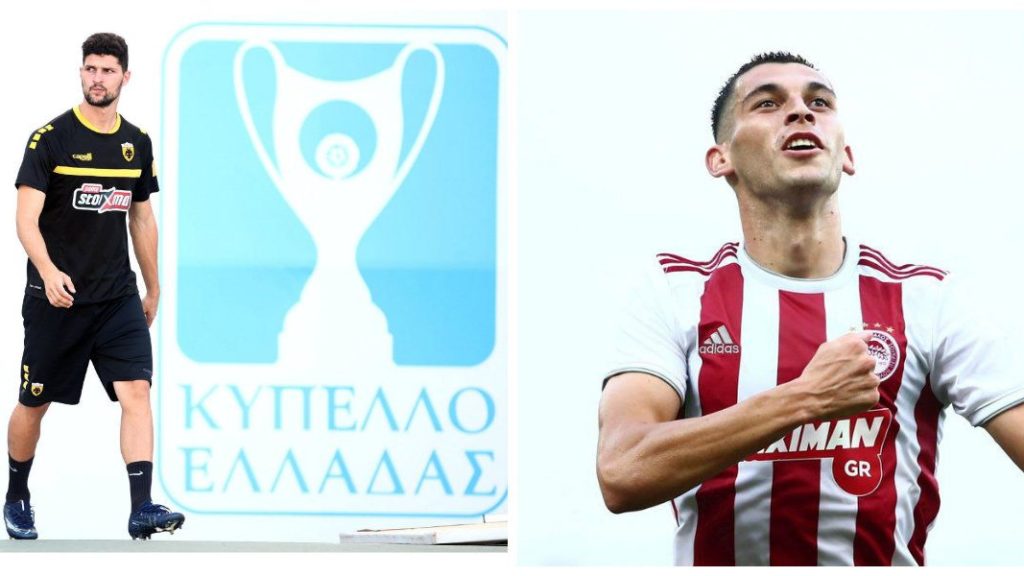 An 11th hour coronavirus development is set to leave Olympiacos and AEK fans disappointed with the scheduled Greek Cup final between the two teams for today, Sunday, put on hold.

As reported by Greek media, the postponement decision was made on Saturday night after Olympiacos’ midfielder Maximiliano Lovera was confirmed COVID-19 positive.

The Argentinian player is the third in the Olympiacos squad to fall ill from the virus, following Portuguese defender Ruben Semedo and goalkeeper Konstantinos Tzolakis.

As per health protocol regulations, the entire team and delegation members will be subjected to testing 48 hours after the confirmed case, and self-quarantine for the in-between time, meaning Sunday’s much-awaited game at the OAKA stadium cannot take place as planned.

READ MORE: AEK and Olympiacos face off at the Greek Cup final on Sunday

The Hellenic Football Federation – EPO – is expected to convene and decide on a new date for the match, which according to reports could be rescheduled for before or on Saturday 12 September, the day marking the start of the new league season.

Ahead of the game both teams appeared excited and determined on social media.

Their last encounter in a Cup final was the 2016-2016 season, with AEK scoring the trophy.