‘Adding life to years’: Cooking in Ikaria, the Greek island of longevity

Meni Valle takes us through the 'backstage' of her latest cookbook about Ikaria, and shares 'secrets' she learnt from locals on what makes them among the healthiest and longest-living people in the world

Image taken with a drone of people enjoying their swimming in the beach 'Seychelles' in the island of Ikaria, Greece. Photo: EPA via AAP/DIMITRIS TOSIDIS

Be it studying, preparing or teaching it, food has been a big part of Meni Valle’s life. And growing up as a Melburnian-Greek, it was only natural to fall in love with the Mediterranean kitchen.

But it wasn’t until her mother’s passing that she started putting pen to paper to share her passion and fully embrace her Greek heritage.

“The very first book that I did was after my mother died, that’s how it started because I really wanted to share with my children what yiayia used to do, and leave them a legacy about their culture and food,” Ms Valle tells Neos Kosmos.

“I always loved the time we used to spend [with mum] in the kitchen, so for me it was a healing process, the cooking and writing and learning about our heritage[…] And everytime I go to Greece, I discover something new and want to learn more, it’s a never-ending journey.” She received her latest ‘learnings’ at Ikaria, a tiny island lying in the Aegean sea, dubbed as the place “where people forget to die.”

A Blue Zone niche in the Aegean

“I’ve always been doing research on the Mediterranean diet and the Greek islands[…] so a few years I came across this video on Blue Zones.”

Coined by National Geographic Fellow, Dan Buettner, the concept of Blue Zones refers to places around the planet where people live longer and age better.

Ikaria is one of the five special locations, along with Okinawa in Japan, Italy’s Sardinia, Nicoya in Costa Rica and Loma Linda in California.

“They all have a plant-based diet, do daily exercise and they all have a sense a community,” Ms Valle says of the main common threads.

But of course, the Aegean island was the one that intrigued her most.

Following two years of preparations and establishing connections with locals, her first visit to Ikaria combined with a cooking retreat was made possible in 2017.

Ms Valle has been returning every year since, joined by people from Australia, Greece and elsewhere for a hands-on “immersion into the culture and learning about the locals” through food.

“I would present the cooking classes but the programming also involved things like foraging for wild herbs and greens, cheese-making and milking goats, checking out the honey and even on cooking days going… to a family farm and picking the vegetables ourselves[…] But, also part of the experience was visiting little villages in the area and talking to the locals.” Soufico is one of Ikaria’s most iconic dishes. Photo: Lean Timms. Check out the recipe at the end of the article The experience of the retreats, she says, was unique on its on, even “life-changing” for participants, as it fostered the creation of a community feeling, in an ideal setting for this, and a present-moment mindset.

“We would go with the flow and that’s part of the Ikarian lifestyle.”

Capturing a glimpse of the island’s traditional diet and philosophy, only emerged as an idea later, and fast-forward to today ‘Ikaria: Food and life in the Blue Zone’ has just made it to the bookshelves this month.

What’s in a cookbook?
The book brings together traditional recipes from across Ikaria featuring dietary practices of the authentic Mediterranean cuisine and delivered in the most intimate way.

“We did all the cooking there and I think that made a difference in the feeling of the book.

“I was cooking in the kitchens where the ladies I’ve talked to were cooking[…] and in fact I’d be picking things from the garden and cooking them straight away.”

Two weeks in the making, the crew involved a photographer and stylist, Ms Valle and her youngest daughter.

Crucially, also on board, were several locals, from women interviewed for recipes who would wholeheartedly ‘lend’ their kitchens, to people who would deliver freshly caught octopus and fish on the day dedicated for seafood. Portokalopita is one of the most popular sweet treats prepared at the Women's Co-op of the island. Photo: Lean Timms 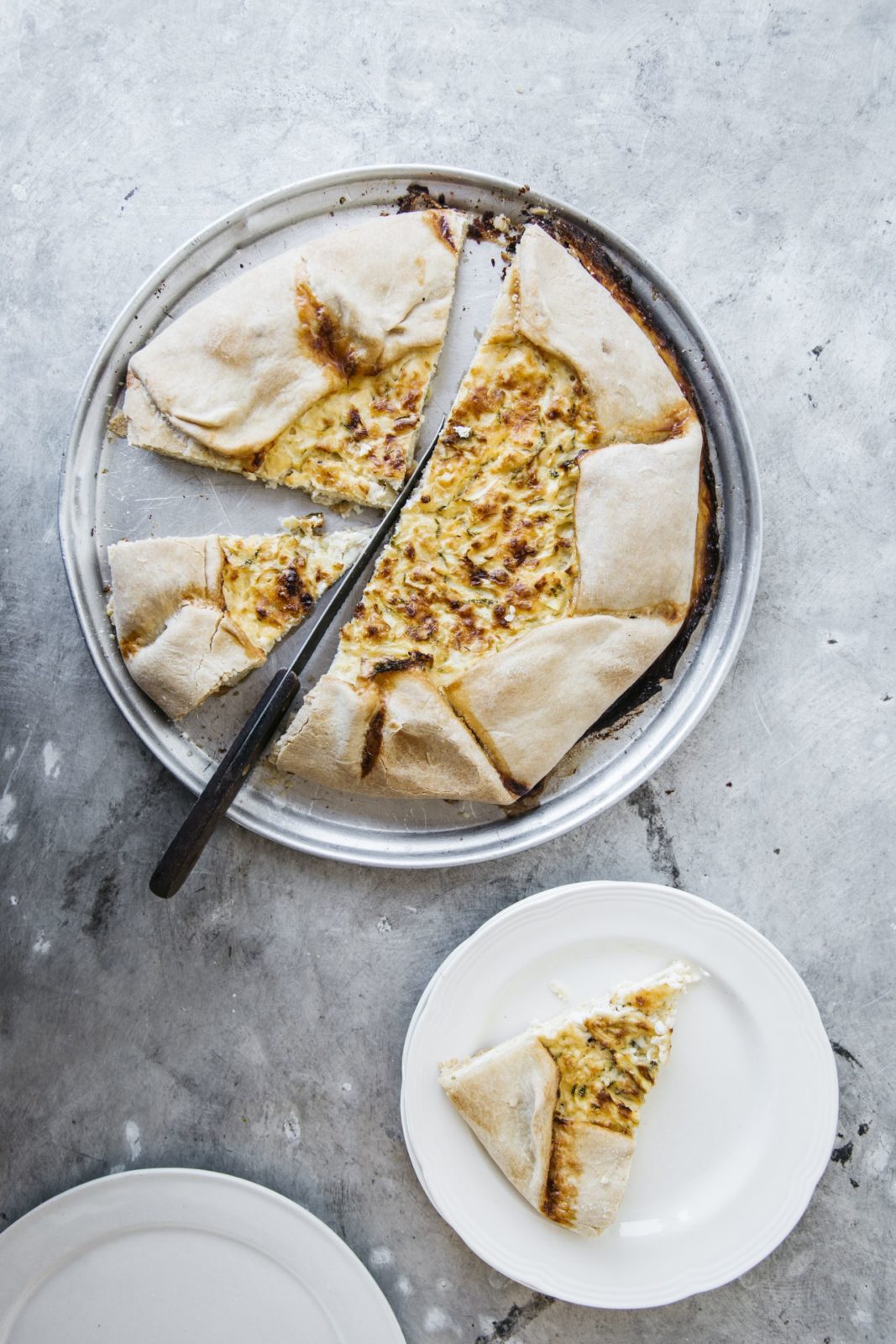 “There’s a story behind every single recipe,” says Ms Valle recounting instances that instilled in her the belief that the character of the Ikarians is all about “generosity” and “trustworthiness”.

‘We don’t try to add years to our life. Instead, we add life to our years’

No wonder the book goes beyond recipes, with the author having incorporated glimpses of the island’s philosophy and lifestyle.

“There was this older lady I interviewed[…] And we talked many mornings, I’d have coffee with her and she’d show me her flowers and one day she said to me ‘Meni, the most important thing is to be where your heart if full’,’.”

The author’s memories of time she spent with locals are filled with words of wisdom like these.

Asked about her thoughts on what’s behind the islanders’ longevity reputation, she says Ikaria is a ‘textbook example’ of Mediterranean diet and its benefits, she says, but it’s not just the food they eat but how they eat it and ultimately how the way the conduct their lives.

READ MORE: Back to the basics of the Mediterranean diet

“It’s pure honest food, enjoyed with family and friends, but apart from a plant-based diet and eating well, they also exercise naturally, in the garden, they walk everywhere. They have a slower pace, they take the time needed. 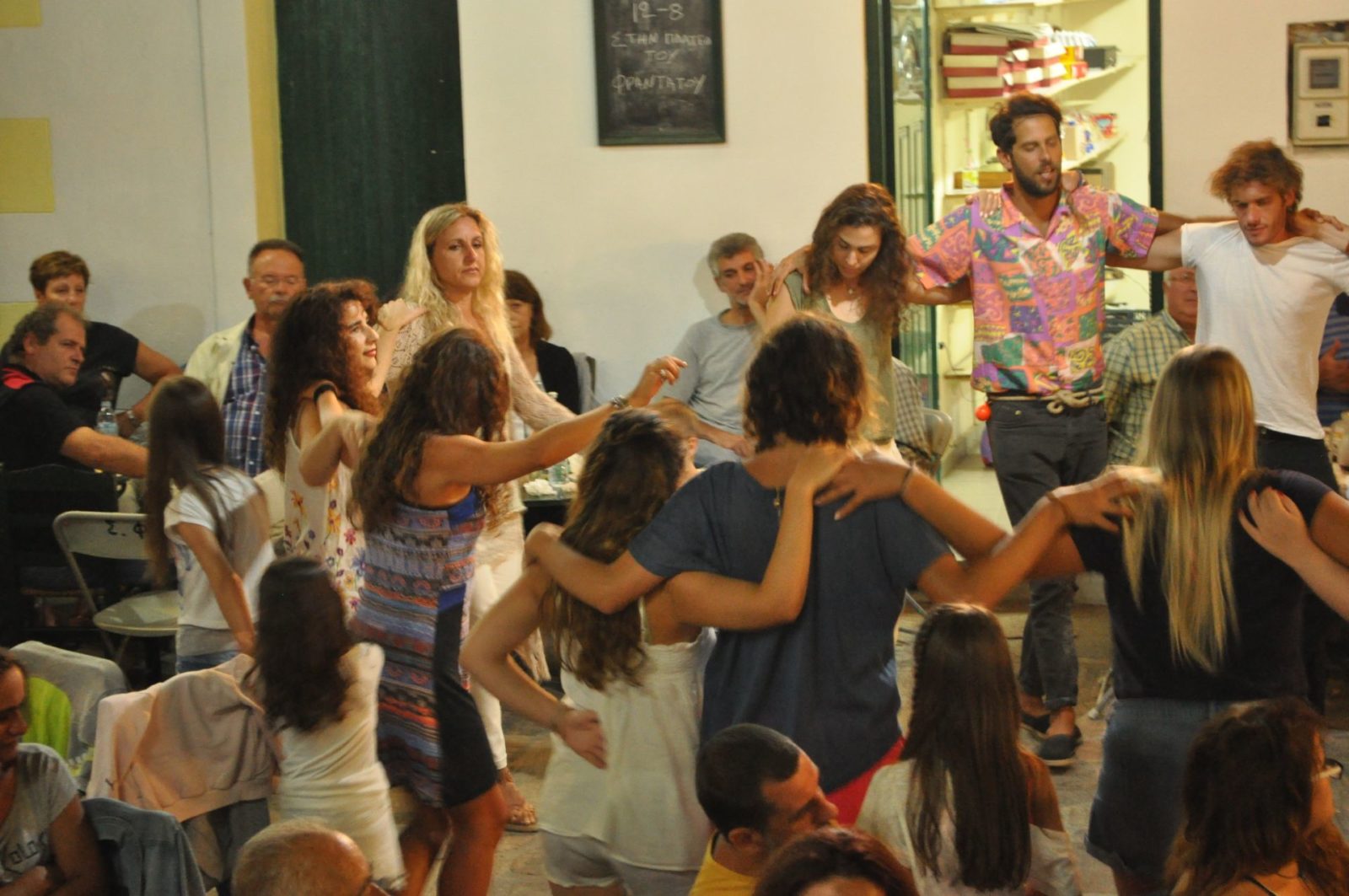 What stands out for her, in this “holistic approach”, is the “sense of community”.

“They look after each other.

“They’re not immune to having stressors in their life. But they don’t deal with it on their own. They have a community that comes to help and alleviate some of that stress for them.”

READ MORE: COVID-19 cuisine: Food in the time of Lockdown

The panyiria feasts, she says, are a representative example.

This sense of community and well-being coupled with the diet are all part of the answer, Ms Valle says and cites the answer to the longevity ‘mystery’, Thea, one of the local women gave:

“She had a really good say about this, she told me ‘Here in Ikaria, we don’t try to add years to our life. Instead, we add life to our years’. And we make the most of every day. So don’t worry about tomorrow, let’s just worry about today and have a good time today.”

Soufico is one of Ikaria’s most iconic dishes. It was traditionally cooked every Saturday, the day when the ovens were on for the weekly baking of bread. Leftovers were used in omelettes, or sometimes sausages were added.
The story told is of a woman asked by her husband ‘what are we going to eat today?’ She goes into the garden to collect vegetables and places them in her apron to prepare a simple dish in the kitchen. Once cooked she replies, ‘Soufica,’ which means ‘I left you some’.
There are a couple of versions of this dish, and many of the local women tell me this is the original. You cut all the vegetables into chunks, frying each separately. The secret is the caramelised onions, which make the dish even more flavoursome. Some cooks skip frying them individually and layer them raw, making the dish lighter and a little easier to prepare as well.

*This is an edited extract from Ikaria: Food and life in the Blue Zone by Mene Valle published by Hardie Grant Books RRP $45 AU and is available in stores from 2 September 2020.Photography © Lean Timms