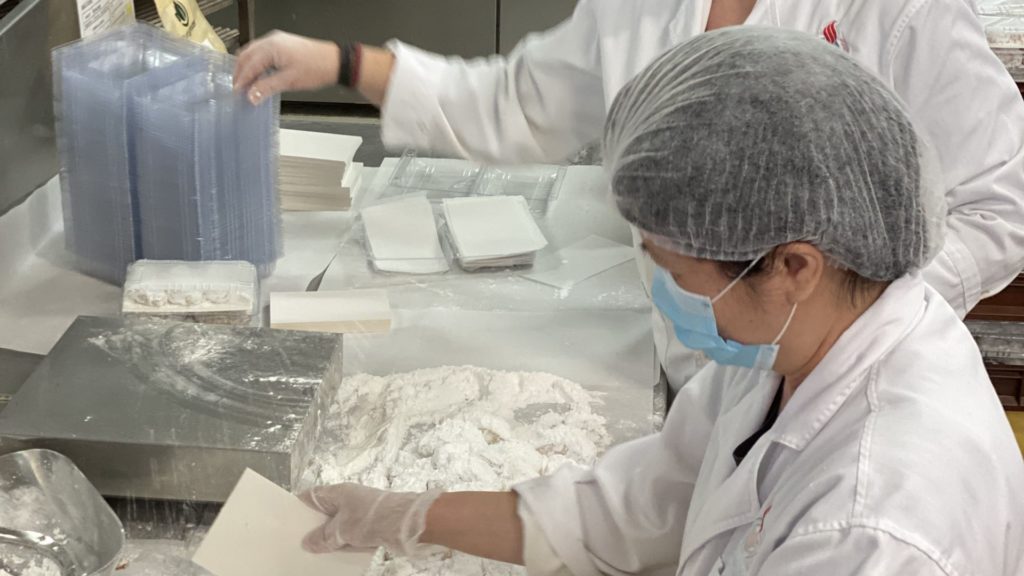 Traders across Victoria continue adjusting after Sunday’s announcement that stage four restrictions would be extended.

The 5km radius rule has meant many people, especially elders have not been able to go to their familiar markets and stores to buy their specialty products.

Debbie Papadimitriou who runs Olympic Specialty Products in Thomastown says many of her customers lie outside of the permitted radius.

Although business has slowed down, Ms Papadimitriou has still been able to get by.

“At the end of the day we’re lucky we’re able to come to work. I’ve been been able to keep all my employees employed and they’ve been able to come into work every day, financially my staff have been very grateful. Hopefully as time goes on we can get a little busier,” Ms Papadimitriou said.

On the other side of town, the head of Oakleigh’s business body is calling on the state government to reverse its lockdown restrictions in order to help the suburb’s struggling hospitality sector, including the area’s famous Eaton Mall Hellenic precinct.

Oakleigh Village Traders Association President Anna Sfrantzis slammed the social media posts of a busy Eaton Mall, on Saturday 15 August, as misleading and said they had led to too many police patrols of the shopping centre and mall.

Ms Sfrantzis said a staff member replied that the shop closed at 7:30 pm and the officers then left.

Victoria Police has defended its actions saying the patrols have been necessary.

“We know the majority of people in our community have been doing the right thing and we ask that everyone continues to abide by the Chief Health Officer’s restrictions. However, if you choose to blatantly and deliberately breach the directions of the Chief Health Officer, you will receive an infringement notice. It is crucial we all abide by these measures for the health of every Victorian.”

Ms Papadimitriou says police presence around her area of business has not increased.

“A lot of our factories are shut down, so there’s not a lot of police in the area…A couple of my staff have been pulled over coming into work and gotten checked, but they understand that they’re [police] are doing their job too,” she said.

Metropolitan Melbourne’s stage four restrictions are considered among the strictest in the world and are hitting businesses hard all around the city.

Victorian Premier Daniel Andrews said these measures are necessary to ensure the state does not regress back into high case numbers.

“We are just beginning a third wave and we will be back in and out of restrictions, in and out of lockdown, before the end of the year.”

She said she had not heard of any business closing down, and added that those that sold food were managing better than the others because they provided essential goods, could deliver and innovate.

Modelling by the Institute of Public Affairs, based on jobs and wages data from the Australian Bureau of Statistics shows that the extended lockdown could cost the state another 260,000 jobs.