The incredible rendering of the tribute to late motor racing great Sir Stirling Moss by automotive designer Costas Phouphoullides (inset left) which has drawn notice from the prestigious motor1.com website. The rendering is an updating of the iconic limited edition Mercedes-Benz SLR McLaren Stirling Moss that the German carmaker unveiled in 2009 (inset right) to honour the racing legend who won many races for the marque. Image: Costas Phouphoullides and Alexander Migl/Wikicommons

When Sir Stirling Moss died in his London home on 12 April, the world poured out the tributes. Automotive designer Costas Phouphoullides found his own way to mark the passing of the motor racing legend.

He took to the drawing board and re worked the limited edition car that German carmaker Mercedes-Benz brought out in Moss’s honour in 2009 – the Mercedes SLR McLaren Stirling Moss, also called the AMG GT. Only 75 were made.

Mr Phouphoullides ’ computer rendering, which he has called the Silver Echo, is his stunning reimagining of the earlier car. So good is the design that it drew the attention of respected car website Motor1.com to cast an admiring eye on the designer’s personal tribute to the great man. Motor1.com is Motorsport Network’s flagship platform for its portfolio of automotive businesses.

In describing Mr Phouphoullides’ rendering, motor1’s Christopher Smith wrote: “It’s appropriately named the Silver Echo, paying tribute to Moss while visualising a modern interpretation of the long-nose, open-cockpit speedster. This isn’t a retouched SLR McLaren, however – Phouphoullides created these renderings based on the current AMG GT”.

Speaking exclusively to Neos Kosmos from Shanghai where he has been based for the past six months, Mr Phouphoullides said he had begun work on the project a month before and published his computer rendering of the Silver Echo car on 16 April just days after Stirling Moss’s death.

He said that as a designer of cars – he works for the Geely Auto Group, which also owns Volvo, Lotus and Proton – he was able to produce a car model but that rendering on a computer was not his speciality. Yet the Silver Echo looks good enough to be real from whichever angle you look at it. And it is a very convincing update of the AMG GT.

“Ideally it would be a goal for any designer to be involved in producing a customised vehicle like this – but it takes a lot of money and time. And the margins in car production are very small indeed,” he said.

The 2009 car had a special resonance for Mr Phouphoullides in that it helped to shape the direction his life was going to take. He had always loved cars and knew he could draw but he did not know where to take this talent. He was still at school when the Stirling Moss car was unveiled to the world.

“There were a 100 other students and this car was the first time that I sketched and re-sketched a car and realised that it was something that I could really do.

“Before university I was real car kid – I knew every spec on every car and I bored my parents with it,” said Mr Phouphoullides who was born and grew up in London. His big influences were car designers  like Chris Bangles of BMW, as well as designers like Sacha Selipanov and Daniel Simon.

“I liked to draw and I would Google about cars. I would spend the day sketching cars and argue with engineers. I was not one who wanted to be a doctor or an academic. My mother wanted me to be an architect.

He also had prospects in football but eventually he went to study for an Automotive and Transport Design degree at Coventry University in 2010.

“Ego is a big part of it, so I did not feel anything would stop me. You cannot live life if you have doubts, you make calculated risks based on what you know and then go for it.”

After graduating, he went on to work for luxury English carmaker Bentley in 2014, before moving on to Cologne where he worked for Ford.

He went on to focus on lighting design for cars, an even more specialised field that has become increasingly important thanks to rapid technological advances in the field. His styling cues are evident in the new Ford Focus.

READ MORE: The Greek that managed to establish himself in the motor sport industry

“Generally it can take between 13 months up to two or three years, depending on the project or company (before a design becomes a reality on a finished car). The longer the project, the more time, money, refinement that goes into it.

“Normal changes are usually down to cost, feasibility, and legal requirements, but sometimes the project scope or brief can even change, so it is best to take these as they come and win the small battles one at a time, said Mr Phouphoullides .

“When things are going too smoothly, you generally should be worried… something big is coming around the corner.”

From Cologne, Mr Phouphoullides  moved on to Gothenburg in Sweden to work for Volvo under the Geely banner.

Then he opted for a radical change in life when he moved to Shanghai six months ago.

“It is a city that does not sleep and is the most vibrant place that I have ever been to. It is the people that make that happen.”

Even during the height of the Covid-19 outbreak in China, Shanghai kept going. Everything went into lockdown but things are slowly returning to normal. The restaurants are open again, although schools and public buildings remain closed.

“Everything was always available even during the lockdown. You ordered something and it was there within half and hour. The delivery guys allowed social distancing to happen here.

“The best souvenir I can take is the language. During the quarantine, I studied the basics of the language and practised speaking it. You need the time to practice but it is worth doing.”

But he has no plans to leave soon. “Lighting is my speciality but the whole design of the car is my passion,” he said.

Bringing a car to life from a concept in the head poses a unique set of challenges. Because it is not just the designer who is involved.

“The engineer will try to keep the costs down and it is also up to the person with the purse and the stop clock if a car will go through (to production). You will get conflicting views and you have to balance them.”

Other  factors that come into play include safety and legal requirements that force the designer to take these into account to produce something that is both up to the required standards and also unique.

“It all comes down to effort. You can get 90 percent of (design) message through if you are prepared to work long and hard and if you are not too unreasonable. You have to have respect for what is possible. 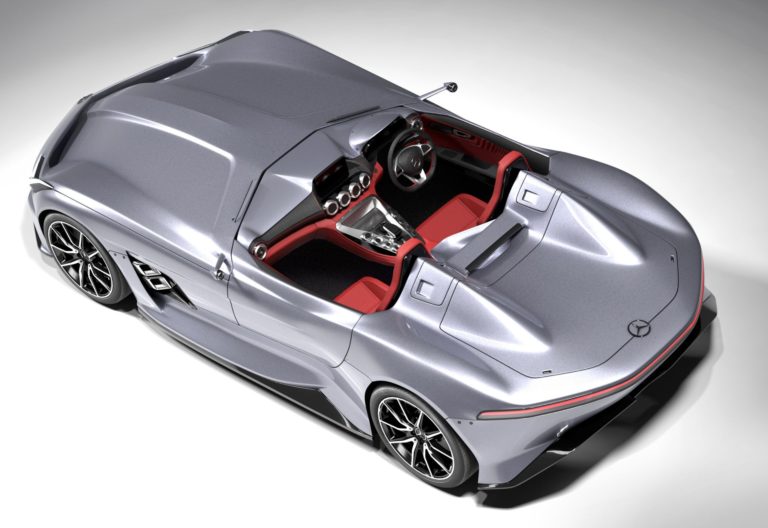 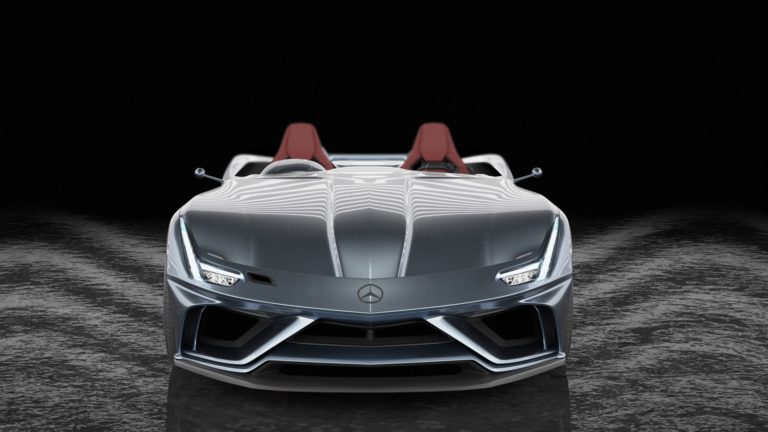