South Melbourne FC coached by Frank Arok (top, second from right) celebrate winning the Dockerty Cup in 1995. Mr Arok was assisted by Ange Postacoglou who was to later follow in Mr Arok’s shoes to coach South Melbourne and subsequently the Socceroos (2013-2017).

Former long-serving Socceroo coach Frank Arok, died in Serbia, the country of his birth on Tuesday night. He was 88 years old.

Football Australia issued a statement in response to the news: “We are deeply saddened by the news that former coach, Frank Arok, passed away today. Football Australia would like to extend its condolences to Frank’s family, friends and loved ones. His profound impact on Australian football will never be forgotten. Vale.”

Mr Arok was born in the then Kingdom of Yugoslavia in 1932. He played football for FK Jedinstvo in Yugoslavia and made the transition to coaching in the early 1960s. He migrated to Australia in the late 1960s where he began a successful coaching career with St George Budapest.

Over the ensuing years he made an impact in the domestic game and was twice the National Soccer League (NSL) Coach of Year: after triumphing in the 1982 NSL Playoff Series with victory over Sydney City and then guiding St George to the 1983 NSL Championship.

Earlier that year Mr Arok was appointed Head Coach of the Socceroos. During his seven-year tenure Mr Arok managed the national team in 89 international matches of which 48 were against top-level teams. 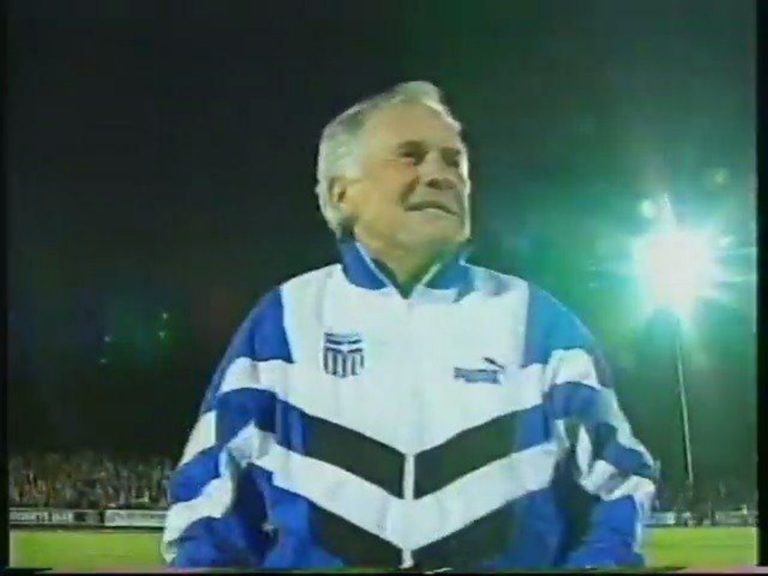 Under his guidance the Socceroos won 41 games and had 22 draws. Notable successes under his tenure included Australia’s 2-1 defeat of Israel before a 50,000 strong partisan crowd in Tel Aviv. The game on 8 October, 1985, was a qualifier for the World Cup in Mexico. Unfortunately, the Socceroos under his tenure did qualify for the world tournament.

He, however, guided the Australian team to qualify for the Seoul Olympic Games in 1988. Earlier that year his Socceroos made it to the final of the Gold Cup, a tournament that was held in 1988 as part of Australia’s bicentenary celebrations.

The Soccerroos beat Saudi Arabia (3-0) and further impressed with a 4-1 victory over Argentina. They eventually fell to Brazil (2-0) in the final that was held at the Sydney Football Stadium.

Later that year, at the Summer Olympics in Seoul, Australia lost to Brazil but beat African powerhouse Nigeria to reach the knockout phase. The team lost to eventual gold-medal winners the Soviet Union.

His last games as national coach were in 1990 against touring Soviet team Torpedo Moscow. The Socceroos won both. His efforts for the national team were recognised that year when he was made a Member of the Order of Australia for his “services to soccer“.

We are deeply saddened by the news that former @Socceroos coach, Frank Arok, passed away today.

Football Australia would like to extend its condolences to Frank’s family, friends and loved ones.

His profound impact on Australian football will never be forgotten. Vale. pic.twitter.com/Rc3v6k1Vwp

After his tenure with the national team, he returned to the domestic scene with a stint with St George of Budapest. He guided Marconi win the NSL Grand final in 1993.

In 1994, he took charge of South Melbourne FC, a position he held until 1996. The team won the Dockerty Cup in 1995 under his tenure – former Soccerroo coach Ange Postecoglou was his assistant.

He took charge of the Gippsland Falcons between 1996 and 1998. Before he retired in 2003, Mr Arok also had spells with Port Melbourne, Sydney Olympic and Perth Glory.

His domestic coaching career spanned 429 NSL games – second only to Zoran Matic. He was an inaugural inductee into Australia’s Hall of Fame in 1999.

The South Melbourne Football Club said in a statement:

“SMFC is deeply saddened to learn of the passing of former manager and legend of Australian football Frank Arok.

The former Socceroos Manager was also known for discovering and nurturing young talent, providing many young footballers an opportunity to play at the highest level in this country.

We send our condolences to all his family and many friends during this extremely tough time.

Mr Arok is survived by his daughter, Marijana Novakovic, and granddaughter Gordana, who was named after his late wife.

Very sad to hear about the passing of Frank Arok. Your knowledge, passion and dedication of the game was infectious. The 2 years I had the privilege to work with you @clubmarconi1958 were some of my most enjoyable times in football. R.I.P #aussielegend #soccerooslegend #NSL pic.twitter.com/ZoG47i0tKy