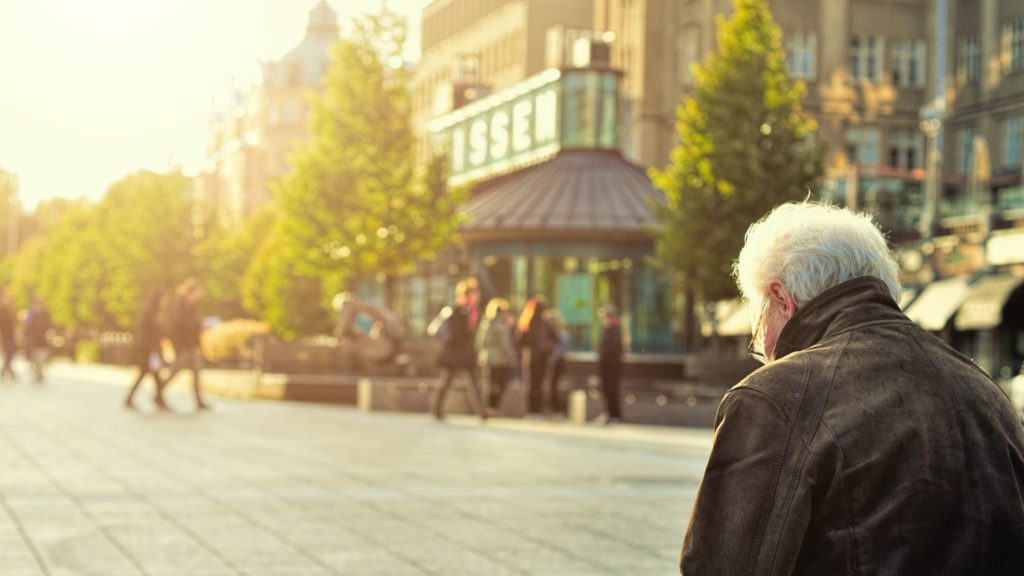 In Victoria, financial and physical/emotional abuse accounted for 81.2per cent of abuse complaints by older Victorians. Photo: Huy Phan/Unsplash

Last week the Australian Banking Association (ABA) announced that banks in the will follow updated guidelines in dealing with financial abuse as part of a continued focus in responding to family violence and elder abuse.

The association said that the updated, industry-wide approach was to ensure bank staff were equipped to recognise signs of financial abuse.

The ABA CEO and former Queensland Premier Anna Bligh said that financial abuse was a form of domestic violence.

“It can be an enabler for partners to keep women trapped in abusive and often dangerous relationships. It’s also used against the elderly, Elder abuse can take many forms; coercing someone to sign, forging signatures, withholding access to money.

The new guidelines were issued in recognition that “cases of financial abuse increase during times of major crisis, such as the COVID-19 pandemic, droughts, floods and bushfires,” said the ABA in the statement announcing the revised guidelines that were last updated for family and domestic violence in 2016 and financial abuse in 2014.

Delphi Bank’s National Community Engagement Manager Paul Orfanos told Neos Kosmos that bank customers were microcosms of the wider community and there were situations where extra care was needed. He said that over the period of the COVID-19, bank staff members were especially vigilant for their elderly customers and how to offer them support.

He said the ABA announcement reflected the sense of responsibility that banks felt for their clients.

“We take our responsibility very seriously and our staff are trained to look for and identify signs of abuse,” said Mr Orfanos.

Signs of possible financial abuse that staff were trained to notice included unusually large withdrawals, or unusual and erratic transactions or numerous withdrawals over a short period of time.

Bank staff suspicions could be aroused if the client was accompanied to the bank by another person who did all the talking or if the client seemed quiet and fearful in the presence of that person.

Another signal, he said was if the customer expressed confusion over transactions they could not account for.

If a client who usually comes in person to transact at the bank, suddenly registers for online options was another warning sign.

“If a client complains that they do not have heating when staff know they can afford heating, or if the clients say they are no longer receiving their mail, are also signs,” said Mr Orfanos.

“It may be that there is a good, logical explanation to any of these issues, but banks will be extra cautious and they can delay transactions or payments or transfers or they can block access to online banking,” said Mr Orfanos.

He said that while he was not aware of an increasing trend in financial abuse, bank staff across the industry were vigilant not only for elder abuse but for the most vulnerable customers.

“Our staff are trained to hold appropriate conversations while also maintaining privacy and sensitivity. It is a delicate situation and sometimes the conversations will be held in a private office in the bank.

“We have a specialised support team to whom staff can refer such matters,” Mr Orfanos said.

Bank of Sydney CEO Miltos Michaelas said that while his bank carried out annual updates of its procedures the recent updating of the ABA guidelines were part of that process.

He said that the bank had not seen a big increase in financial abuse cases.

“We know our clients very well, so there will not be many efforts (at financial abuse) without the bank knowing about them,” said Mr Michaelas.

The problem of financial abuse is a difficult one to act upon because it involves close ties within families that stay hidden from the wider community. PRONIA’s Family Relations Manager, Mary Sophou told Neos Kosmos that the banks were doing was a good step for their customers but the concerns remained  over the extent of the abuse within the community.

“What the banks are doing now to support customers impacted by family violence and financial abuse is a good step but as the system has become ‘contactless’ and the client does not need to enter a bank to make a financial transaction, it makes it very difficult to actually identify financial abuse. Most of the cases we hear about from our elderly, the withdrawals are done through ATMs” said Ms Sophou.

PRONIA’s Community Educator Antonios Maglis said that according to data from Seniors Rights Victoria, financial and physical/emotional abuse accounted for 81.2per cent of abuse complaints by older Victorians.

He said some common trends affecting subject to such abuse included: language issues; difficulties in accessing services; lack of boundaries in inter-generational relationships; Lack of awareness regarding elder abuse and the law; spoiling and smothering the children and fostering expectations; cultural notions and fear of public humiliation; and no proper framework to deal with problems arising in the future.