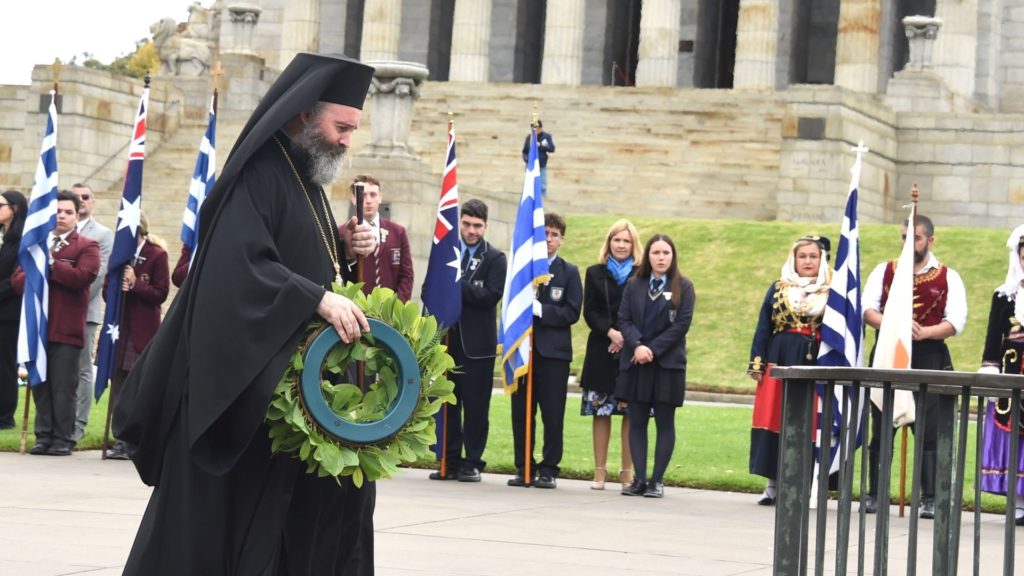 The Greek Orthodox Archdiocese of Australia has responded to the scathing report published by the ABC making allegations against Archbishop Makarios and his lifestyle.

The report, which is founded on anonymous sources who spoke to Background Briefing accuses Makarios and the Archdiocese of funnelling money from aged care facilities.

In its response, the Archdiocese has expressed its grief and surprise that such a report was underway, using the dire predicament of many elderly homes during the pandemic.

According to the Archdiocese’s response the focus put on St Basil’s Aged Care and the negative spin against Archbishop Makarios feel like an intended attempt of defamation. The Archdiocese, explained the arrangements were in place prior to Makarios’ enthronement and denied having funnelled funds from aged care into the Archbishop’s lifestyle.

Specifically, the Archdiocese said that: “It is with considerable sadness that the Holy Archdiocese of Australia has been made aware of an ‘investigation’ by the ABC, the supposed ‘conclusions’ of which were broadcast recently in a biased and unfair manner regarding both the Archdiocese and His Eminence Archbishop Makarios of Australia.

The broadcast in question (‘Background Briefing’), which carries the sensationalist and provocative title ’The Archbishop, the luxury residence and the nursing home which was ravaged by the coronavirus’, seeks to connect the tragic circumstances that prevailed at St Basil’s Aged Care in Melbourne during the second wave of the COVID-19 pandemic with the financial affairs of the Archdiocese.

According to the broadcast, the outbreak of the pandemic in Melbourne’s St Basil’s Aged Care is somehow linked to the finances of the Archdiocese and, thereby, to the Archbishop himself. In publishing such comments, the ABC defames the Archbishop by suggesting that the Archdiocese has been the recipient of substantial sums from St Basil’s in Melbourne (over a period of 8 years, a period before His Eminence Archbishop Makarios’ arrival to Australia), and by inferring that these same monies have funded the allegedly luxurious lifestyle of the Archbishop.”

The response continued, stressing that “such allegations are utterly false” adding that “in citing the Archbishop’s personal affairs, the ABC has resorted to the most tenuous of evidence, none of which justifies the conclusions it seeks to draw; for example, the motor vehicle used by Him (a motor vehicle over 7 years old, which the Archbishop inherited from His predecessor), the vestments He wears when carrying out His ceremonial duties (vestments worn by all bishops of the Orthodox Church across the world, none which have costed Him $30 000.00) and the apartment in which He resides, which is an asset of the Archdiocese.

It is difficult to understand why the ABC chose to ignore reliable information provided to them; for example, that the purchase of the apartment in Sydney was not made with funds drawn from St Basil’s Aged Care (or any other agency of the Archdiocese), but with special funds of the Archdiocese, and that its modest renovation was made possible by a private donation, and certainly did not cost anywhere near $3 million, as alleged.

The Archdiocese calls upon the ABC to present all the evidence it relies upon that suggests that the Archbishop has profited personally from St Basil’s Aged Care in Melbourne, as the broadcast claims, or that even one dollar of public funding has been misapplied.

The Archdiocese stresses again that much of the information in the ABC’s broadcast has its source in a few aggrieved, but unnamed, individuals. These persons have been actively lobbying the media in Greece and Australia for some time to publish material critical of the Archdiocese, its Institutions, the Archbishop, the Bishops, and other Church officials, disseminating in the process various malicious untruths.

It is unfortunate that the ABC did not check the veracity of the information these ‘sources’ provided.

Archbishop Makarios, the Clergy and the people of the Archdiocese will not be distracted by such false and damaging allegations but will continue to work for the good of the Church, the faithful and the broader Australian nation. Truly, an apology to the Archbishop, and the faithful of the Holy Archdiocese is called for from the ABC.”

In its report, the ABC clearly alleges that a group of taxpayer-funded aged care homes funnelled $31 million back into the coffers of the Greek Orthodox Archdiocese. The fact that the Archbishop currently lives at a luxury apartment overlooking  Millers Point and drives a black Holden Caprice with personalised number plates has also garnered a lot of negative attention. Other lifestyle costs, such as the Archbishop’s cloaks costing up to $30,000 each (something the Archdiocese disputes), have been at the forefront of the report.

In addition, the report claims that St Basil’s where 45 residents passed away while infected from COVID-19, paid more than $22 million in rent and fees to the Greek Orthodox Archdiocese while the group received nearly $73 million in Federal funding over that time.

Neos Kosmos has contacted St Basil’s but is yet to receive a response.