Music and song is an important element of human endeavor and interaction. Whether at times of celebration or times of sadness, we all can be touched by an appropriate tune or song. A time of war is no different. And during some of the darkest moments in the Greek Campaign of 1941, soldiers felt the need to join in song as they faced yet another challenge. Across April and May this year we are commemorating the 80th anniversary of the Greek campaign. This is the story of two songs from the Hellenic link to Anzac in 1941.

I have written previously of the end of the Greek campaign from mainland Greece, the story of how the Allied troops were evacuated to Crete and Egypt. Amongst the thousands of Allied soldiers were two Australians whose campaign experience would include the two songs.

Horsham-born Private Syd Grant of the 2/8th Battalion was one of the thousands of Allied soldiers who were unable to be evacuated from the mainland as that phase of the campaign drew to a close. Escaping from the POW enclosure the Germans established at Kalamata after their capture of the city on April 29, Syd would be successfully evacuated from the Mani by the British Royal Navy on May 1. It was during his escape that we come across our first song – Banjo Paterson’s “Waltzing Matilda”.

After the war, Syd recorded his memories of the campaign including his escape from the Mani. It was as he and a group of other Allied soldiers were rowed out to the HMS Hero in the darkness of the early hours of May 1 that he was required to burst into this iconic Australian song. As they approached the warship, they were confronted by the stern gaze of the ship’s Captain. Looking down on the boat bobbing up and down next to the warship filled with men dressed in what looked like rags, the Captain wanted some convincing that they were who they said they were. Shouting up that they were Australians, the Captain responded with the request that they sing Waltzing Matilda. As Syd recounted:

“So, it was quite a funny sight in the pitch dark, soaking, dressed in old Greek clothes and bits and pieces and some blokes with almost nothing on at all, and standing up and singing Waltzing Matilda!”

I wonder at the scene and sound, as these young, desperate Australians sang their lungs out in the darkness on the waters of Kalamata Bay. I wonder what the local Greek villagers would have thought as they heard singing off-shore. In any case, thankfully it was sufficiently authoritative to convince the captain of their Australian character and they were welcomed aboard. 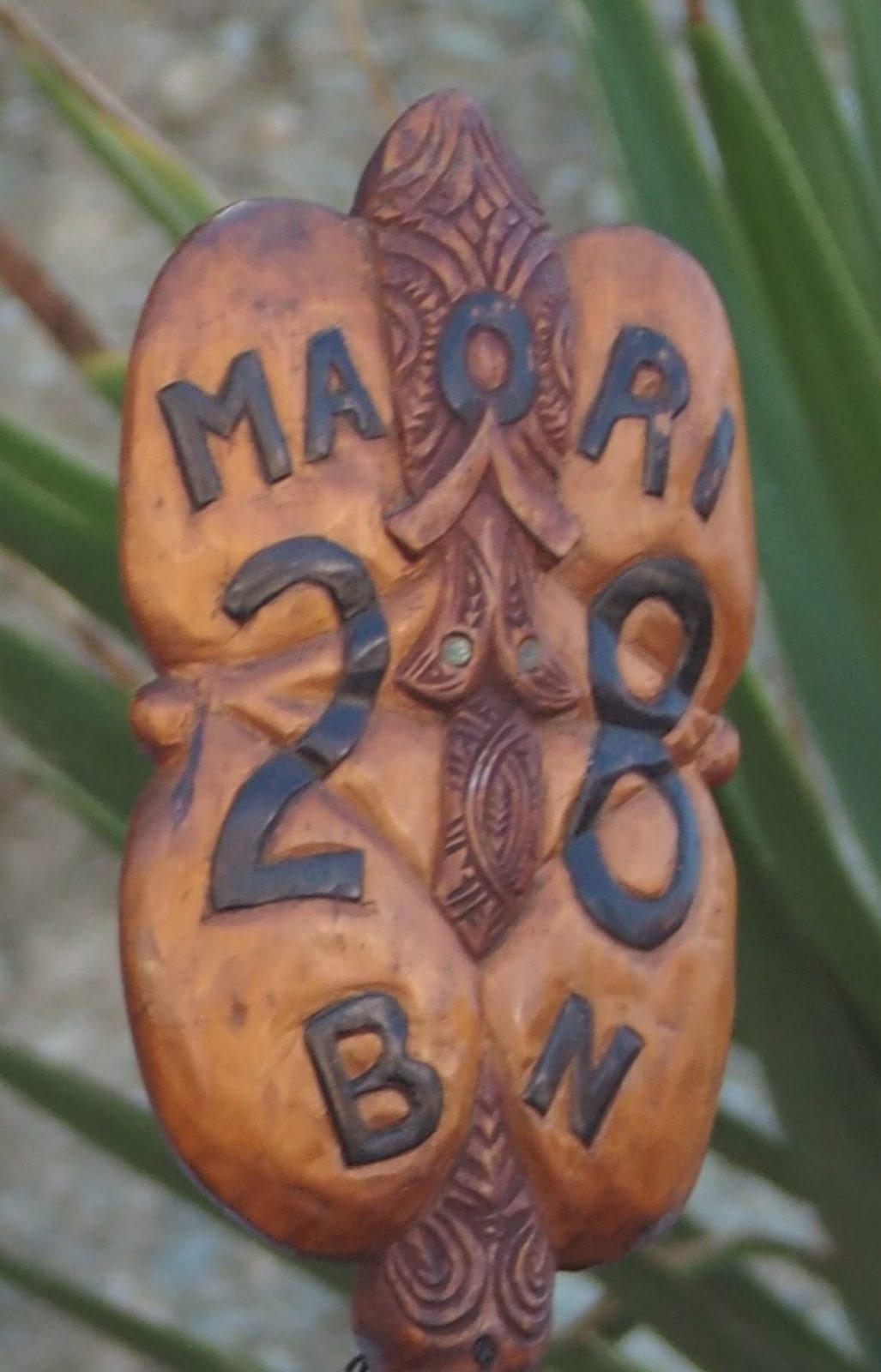 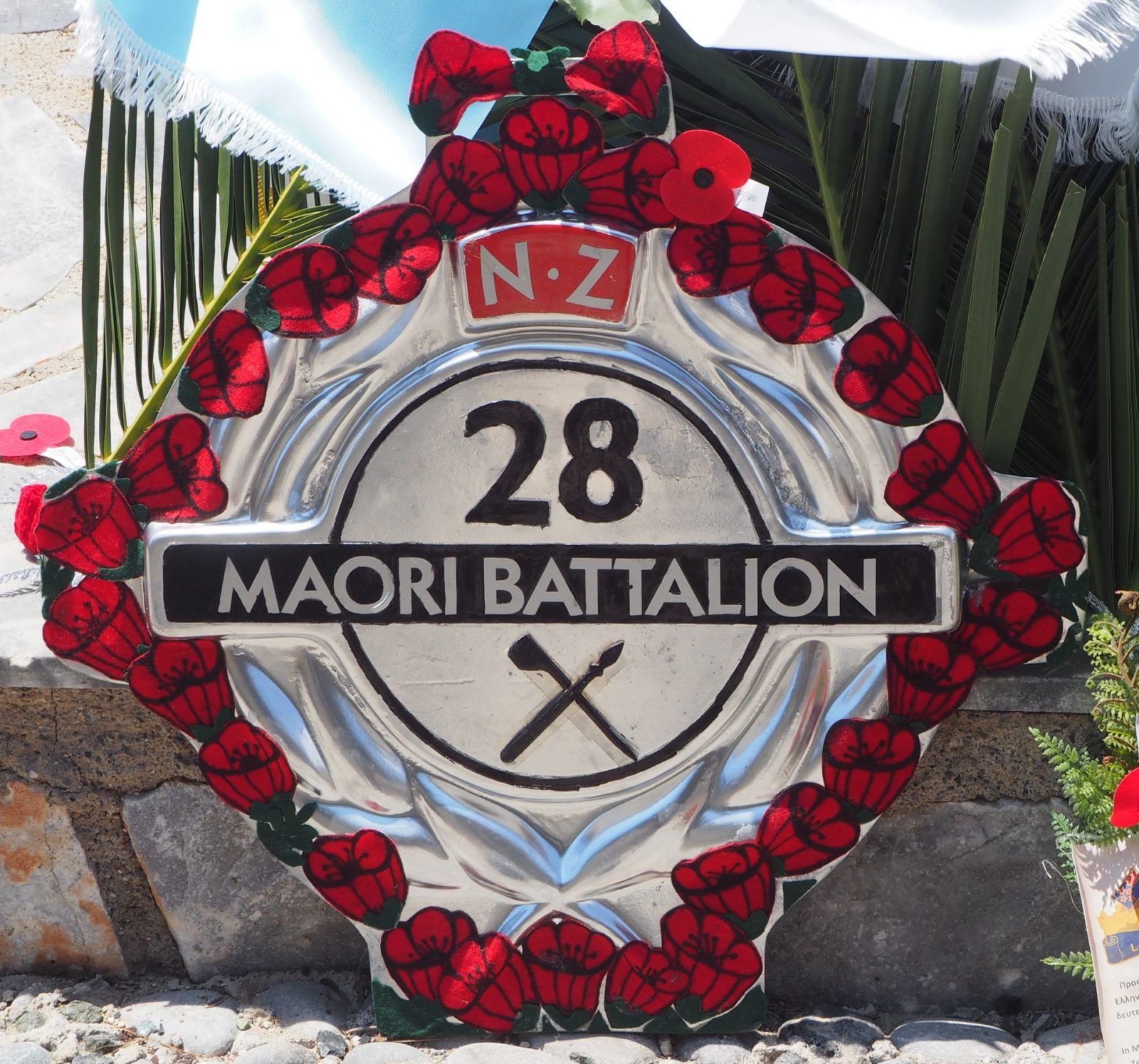 Music which represents the times

However the most moving song I have come across in my researches has to be that sung by the Anzacs at the end of the subsequent battle of Crete. Recently I accepted an invitation from the Australian Embassy to write an historical overview of the Greek Campaign and the Battle of Crete for their official publication in commemoration of the 80th anniversary of the campaign. It was during my research for this that I discovered the story of this other song from the Hellenic link to Anzac – “Pa Atarau” or “Now is the Hour”.

From what I can tell, this song had begun life as a popular music hall tune written by an Australian and called the Swiss Cradle Song, published before the First World War by Australian music publishers W.H. Paling and Co. Some 130,000 copies of the sheet music were sold. The tune was also popular in New Zealand and around 1915 Maori words were added, the tune being slightly altered, the song becoming known as “Po Atarau”. Later English verses were written for it, including words that would become its English language title, Now is the Hour. The song was played as a farewell to Maori soldiers departing New Zealand for the First World War and was first recorded in 1927. The song would later be recorded by Vera Lynn and Bing Crosby. By the outbreak of the Second World War, the song – in both its Maori and English language versions – was well-known throughout Australia and New Zealand.

Many readers will know of the battle of Crete and its final days as Allied forces headed for the little evacuation port of Sfakia on its southern coast. Following the German success at Maleme, the Allied retreat began with thousands of Allied troops making their way by foot across Crete to Sfakia. Pursued by the Germans and defended by a rearguard, this densely packed column of troops, lacking water, food, ammunition and equipment, walked slowly to their destination.

One of those in the rearguard was Sergeant Reg Saunders, an indigenous soldier with the 2/7th Australian Infantry Battalion, also from Victoria’s western district. The Battalion War diary for the period records how the rearguard was constantly under attack, from the air and from the advancing German ground troops. They would also defend the Allied perimeter around Sfakia itself. Here Allied warships – British and Australian naval vessels – managed to evacuate some 8,500 Allied troops over three nights (May 28/29 to May 30/31), the soldiers being ferried to the warships off-shore by landing craft.

As a fighting unit, Reg and his comrades were scheduled for evacuation as part of the final effort to take place the following night, 31 May/1 June. The Battalion War Diary records how they made their way down to the harbour in the dark from their positions above the town, marching in single file, making their way through the thousands of other troops milling around the harbour, most leaderless. Many accounts tell of the disorder at the scene, soldiers separated from their units, all desperate to get on the last ship out.

Some 72 men of the unit managed to get aboard the last landing craft to leave the beach and would be part of the 4,000 Allied soldiers evacuated that night. One of those was young Private Bob Wood of the 2/3rd Battalion, whose daughter Judy I met at the Cretan Brotherhood’s 80th anniversary function last weekend. But 535 of the 2/7th did not make it. One witness – Private Thomson of the 2/7th – wrote of reaching the beach only to see the vessel moving off. Reg wrote afterwards that the vessel was only 20 metres away from him but he was too tired to move anymore. Along with the 2/7th commanding officer Lieutenant Theo Walker, Reg and over 500 men of his unit were among the 5,000 left behind on the beach.

It was at this moment that a moving scene is said to have taken place. While most accounts – official histories, unit diaries and the like – mention only the details of the evacuation and the chaos at the harbour, one account writes of soldiers bursting into song. According to Harry Gordon’s biography of Reg Saunders, as the landing craft slipped off into the harbour some Maori soldiers aboard – most probably from the 28th Maori Battalion – began to sing Po Atarau to their comrades left behind on the shore. The song was taken up by those on the shore and not before long Australians were joining in with the English version, “Now is the Hour”. A truly Anzac moment. Listening to the words today, it is hard to think of a more poignant song to have been sung on such a sad occasion. The opening verse speaks to us across the decades:

“Now is the hour for me to say goodbye/Soon you’ll be sailing far across the sea
While you’re away oh please remember me/When you return you’ll find me waiting here.”

Across the darkness, the saved joined in song with those facing an uncertain future – capture or evasion. Reg himself would be one of thousands of Allied soldiers who tried to evade capture and one of some 600 who succeeded in getting back to Egypt – after surviving nearly a year on the run in Crete helped by the brave locals.

READ MORE: Real stories of ‘Blood and Bone’ as play brings to life the Battle of Crete through the eyes of veterans

When we remember the Greek campaign of 1941, those who served there, those who died and the brave civilians who helped them, we should think of those soldiers standing on the shore at Sfakia, gazing out into the sea as the last landing craft disappeared into the darkness. The words of farewell and remembrance must have given them some comfort. A few years ago I stood at Sfakia harbour during the annual commemorations held there and was moved thinking of this extraordinary spontaneous singing. The strength of emotion and sense of solidarity expressed by these soldiers united in song should not be forgotten.

Recently it was my pleasure – along with Lee Tarlamis OAM MP – to meet Private Bob Wood’s daughter, Judy Frazer-Jans, and present her with a copy of Michael Bendon’s excellent book on the landing craft used in the evacuations, Forgotten Flotilla.

For many Greek-heritage readers Sofia Vembo’s Mussolini song is indelibly connected to the story of Greece’s struggle in the Second World War. We should add Pa Atarau or Now is the Hour to the musical pantheon of the Greek campaign. It would be lovely to hear it played at our annual commemorations in Australia – maybe even on Crete and in Sfakia – in honour of those who served in the Greek campaign.

Jim Claven is a trained historian, freelance writer and published author. Secretary of the Lemnos Gallipoli Commemorative Committee, he is the author of Lemnos & Gallipoli Revealed: A Pictorial History of the Anzacs in the Aegean 1915-16 and the forthcoming Grecian Adventure: Anzac Trail Stories & Pictures – Greece 1941 – as well as many historical articles published in Australia, Greece and the United Kingdom. Michael Bendon’s battle of Crete book can be obtain by contacting the author cheersmichael@hotmail.com. In researching this story, Jim acknowledges the work of biographer Harry Gordon, the archive of the 2/7th Battalion held by the AWM and the State Library of Victoria’s Syd Grant collection. He can be contacted at jimclaven@yahoo.com.au