Icons in the new age: Combining digital art and centuries of tradition

There is always something enchanting when you step foot into an Orthodox church or monastery. Walking by, pew by pew, saints overlook their devout followers from the walls and the altars.

Shining a new light on the traditional artform of iconography is 22-year-old George Mellos, who began a project of his own with the spare time he had during last year’s strict lockdown.

“I was reading one particular book on the Poltronova. It’s basically this furniture factory that makes really radical furniture and reading the books and having my icons next to me I thought, ‘I’m going to try and use the methodologies of this architectural practice and apply some of their principles to some icons,” he told Neos Kosmos.

As an architecture student, Mr Mellos had a part assisting a tutor of his on a research project. It was from this that the idea was sparked to create his own version of classic Byzantine style iconography and introduce a new perspective to the age old tradition.

“She was looking at the radical Italian movement of architecture between the 1960s and 1970s. It’s all about reconceiving ideas about the city and expressing them in abstract ways…They look at strong patterns and juxtapositions between different elements,” Mr Mellos explained.

The young artist makes it very clear that his intent is not to replace centuries of work, but instead to “ignite curiosity”, inviting followers old and new, or even those interested in the stories behind the saints.

“Even for me personally, the traditional depictions of icons have so much power and they’ll always have relevance in our religion but I feel like maybe this new layer and additional reading is more about igniting that curiosity…Even if they just like the composition and the print and the colours, it helps look at different ways to engage with religion in contemporary society,” Mr Mellos said.

When it comes to the method of composing the digital image prints, the process is not dissimilar from those used by more traditional artists. The process carries more or less the same steps, with some minor tweaks.

“There’s still engagement with the process because I still go through the layers as I imagine an artist or a painter would when applying colour…There is still that engagement by hand when I do print it out and chop and change and reorganise things before reworking it digitally again,” Mr Mellos said.

Most challenging however, at least for Mr Mellos is translating the same emotions onto a more two-dimensional plane.

“I find the emotion the hardest to capture so I always start with the background and work my way towards the face and finish with the face…I find it the hardest thing to capture from the more traditional modes of representation because I use less lines and it’s more solid colour fills as opposed to the gradient and light qualities that you get from painting,” he said.

Digital art is still a very new medium across the grand scheme of methods used to create pieces that people can connect with. Mr Mellos’ background in architecture gave him a new perspective and shifting his focus from light to dark tonality, to putting more emphasis on geometric patterns that convey other elements of the story.

“The abstraction is more in the patterns and looking at colours…I’ve tried to respond in a way that’s as respectful to tradition as possible and explore an additional layer of iconography,” he said.

“In terms of the layering of the patterns, my earlier works really drew on details from churches or buildings that were really strongly linked with our religion…looking at the arch and those more organic patterns that appeared. Some of my icons are based on plans. Looking at the plans of the church where structural columns have been placed.”

Although Mr Mellos would have already described himself as a follower of the Greek Orthodox faith, his journey delving into and taking a closer look at icons has brought him a new understanding of the stories that enrich and inform the religion.

“There’s different things you can take from every event that’s been linked with the religion. I think the most important thing about religion is that it’s not something that should necessarily be forced upon someone, but rather something if someone feels as though they need, that it’s something they can draw from and relate to,” he said.

“If you take a step back and look at the key things, it’s about acceptance and forgiveness.” 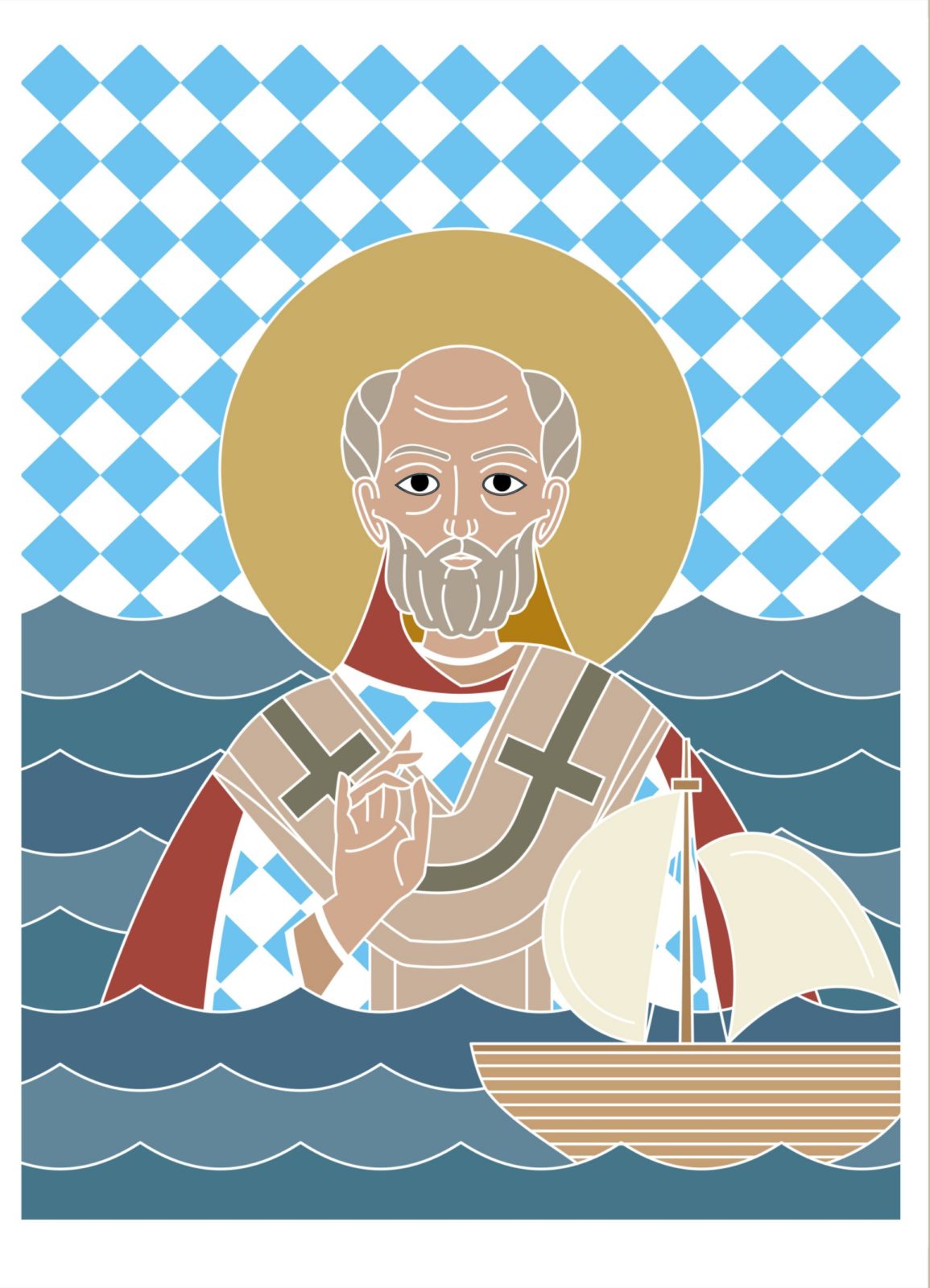 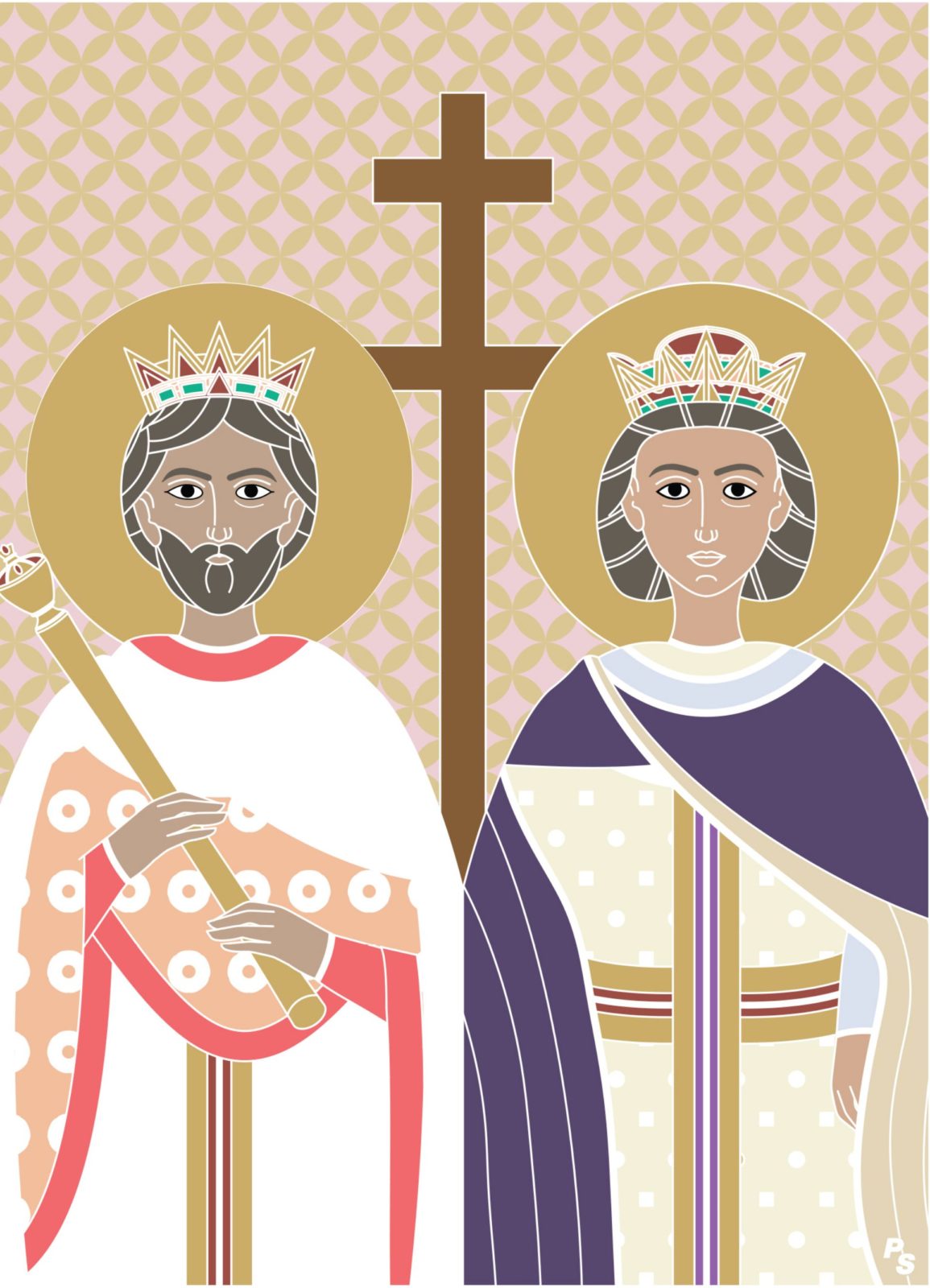 If you have any thoughts or feedback on the icons that you would like to share with the young artist, you can send him an email at george@papersaint.com.au