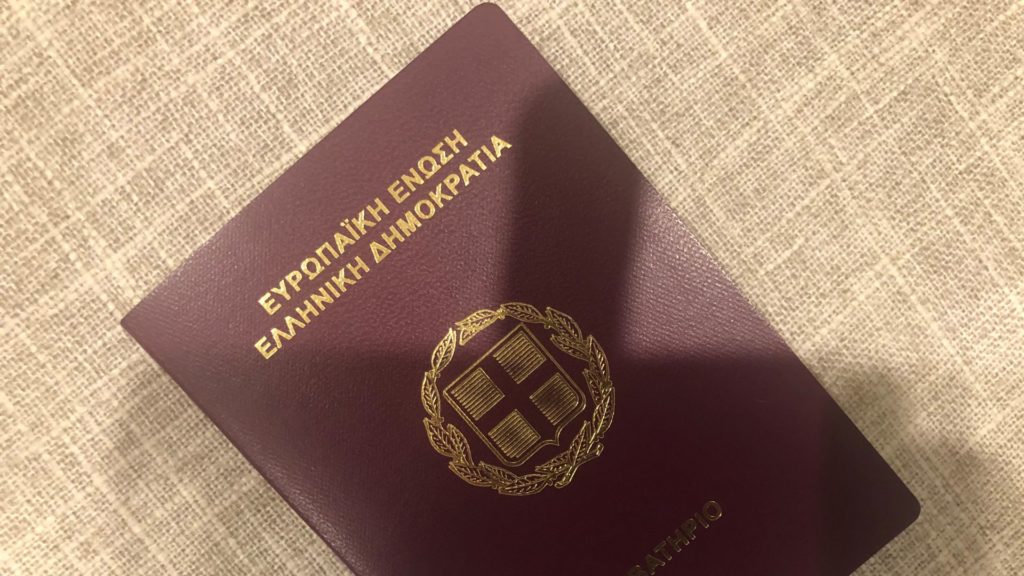 Thousands of people of Greek background around the world wish to obtain the Greek passport. Is that good or bad?

One would think that for a country like Greece, with a declining birth rate and with its need for foreign investment and support to its foreign policy issues, the desire from thousands of descendants of Greek – born ancestors, to obtain the Greek citizenship would be considered a very positive development.

Not quite. It is true that Greece is not a very wealthy country, which means that it can’t support huge numbers of civil servants working in the Greek Consulates around the world. However, Greece is a developed country, No 32 in the world Human Development Index, and a member of the European Union.

Greece also saw millions of its citizens in the last 100 years, immigrating to other countries. Most of them thrived in the countries where they established themselves. Many of their children and grandchildren wish to obtain a Greek passport, and subsequently to be allowed to exercise their rights as Greek citizens, including their right to vote from the place of their residence.

What have the Greek government and the administration been doing for this, throughout the past decades? Almost nothing.

Is the Greek administration helping the thousands who want to become Greek citizens, because they are children and grandchildren of Greeks? The answer is disheartening. Bureaucracy, obstacles and negative approach towards the thousands of applications for citizenship, are the words that most characterize the attitude of the Greek state. So many people of Greek origin approach the Greek Consulates in the USA, Canada, Australia, South Africa and many other countries, only to discover that the waiting times and the bureaucratic demands of the law or of the interpretation of the law by the officials, are blocking or significantly delaying their path to Greece through citizenship.

Many of these applicants for the Greek citizenship would invest in Greece, if they got the passport. Some would start businesses, bring money and know-how, help the economy, create families, revive towns and rural areas. They would move to Greece to live a more laid back, quality life as they approach retirement. They would advertise the Greek way of living, the Greek history and culture. They would support the national causes of Greece around the world.

Unfortunately, the real, slowly moving world of the administration of the Hellenic Republic is much different. A minor spelling difference in the name of an ancestor, can kill the application. Excruciating requirements for documents with very specific content can delay the processing of files for citizenship for ages. And now, there is a new requirement from the Greek administration and its interpretation of the law, which strikes another blow to the wave of interest for the Greek passport. A certain type of applications, which for decades were filed in Greece, by a lawyer or other proxy of the applicant, expediting the process, from now on are channeled to the Greek Consulates, which will fail to manage the increased numbers of files within reasonable time.

The Greek administration is denying to the Greek expatriates their right to file a specific type of citizenship application through an attorney in Greece, and directs them to file at the Consulate of Greece. It may, however, take the Consulate up to many weeks to reply to their request for an appointment, let alone when the review of their documents will take place.

The on – line appointment system is booked for months, sometimes. The Consulate, despite the efforts of many of its officials, may book them an appointment sometimes in months. The Consulate will review the documents and info presented by the Greek expatriates, but in many cases it will discourage them to move forward, because this can’t be done and the other is missing.

There have been, however, several cases where applicants, originally discouraged by the Consulate that they can’t apply for a Greek passport, have found their way through an attorney in Greece to finally obtain, under perfectly legal procedures, the much wanted Greek passport at last.

If those who run the Greek state want to serve their country, they should immediately look into and modify the procedure of filing for the Greek citizenship by those who are entitled to according to the lex sanguinis (law of blood) principle, because they are descendants of Greeks. The processing of citizenship application must be simplified and facilitated. And the thousands who are eager to apply, because they wish to obtain the citizenship of their parents and grandparents, must be allowed to file through a proxy with a power of attorney in Greece. The Idiko Lixiarceeo in Athens must be supported with more personnel to satisfy the increasing needs of the Greek expatriates who want to register foreign acts. The Consulates of Greece around the world must be allocated sufficient resources in order to be able to serve the huge demand for applications and transactions in Greece, because this serves the interest of the Greek people. Because it will be good for the country. Because this may help reverse the shrinking population in Greece. Because Greece owes it to the millions of Greeks, who had to leave their country for a better life with more chances, not offered to them in their patrida at the time.

*Christos ILIOPOULOS, is an attorney at the Supreme Court of Greece, LL.M.