“My dream is to turn Kastellorizo into a science hub”, says top academic

Dr Pantazis Houlis, a distinguished academic, left a lucrative career in Australia to live on a remote island

The beautiful island of Kastellorizo now has a Puzzle Museum. Photo: Unsplash

On the edge of the world sits far-flung Kastellorizo, an island where the majority of locals do not speak English very well – if at all – and some, even have trouble writing in Greek, too.

A remote location of idyllic beauty with a rich history but also numerous challenges, it is not the usual place where you’d expect to find someone like Dr Pantazis Houlis, one of the world’s foremost academics and mathematical minds.

“Leaving Australia (and his post as Associate Professor at the University of Western Australia) in 2012 was a big decision with a huge risk, but I did it with all my heart. I knew that working in Greece was going to be a completely different story, so I had to come up with a good plan. There are many people who say ‘I wish I was in Kastellorizo’, but all of them have second thoughts when it comes to losing their granted financial independence,” he told Neos Kosmos.

Australian-born Dr Houlis has been blessed and cursed to experience both countries. Born in Australia, with primary school studies in Kastellorizo and then forced to go to Rhodes when there were no teachers appointed to the island, causing many students to stop school. But he soldiered on, and having experienced other countries, says Greece is “one of the strongest countries in the world” when it comes to mathematics, but “when it comes to postgraduate studies, Australia is clearly a leader”.

READ MORE: Kastellorizo is first of remote Greek islands to have completed vaccinations ahead of tourism season

He finished his Bachelor in Mathematics on the island of Crete before studying up to a PhD level in Australia, and hence began a life of research and participation in groups like the Australian Research Centre of Medical Engineering and Centre of Intelligent Information Systems.

“Being an academic for many years with a good salary made returning to Greece very tricky,” he said, adding that while farewelling Greek-Australian friends, he “could see in their eyes that they also wanted to make such a move” but knows that being single, without children or house ownership, made the decision easier.

There are many problems to overcome, and not quite as easy as Greece’s Prime Minister Kyriakos Mitsotakis made it sound when he said, in a matter-of-fact way, “Why not work out of Kastellorizo?” when addressing Greek Australians.

“Being someone who already lives permanently on the island for years now, I salute the incentive to work from Kastellorizo, but I have not seen any help targeting this very issue until now,” he said, while pointing to daily challenges.

For instance, when an appliance breaks, locals fix it themselves because finding a replacement is hard. “We have become ‘experts’ on a variety of skills because of necessity, which is not a bad thing,” he said, however points to more serious problems, especially in the health sector. 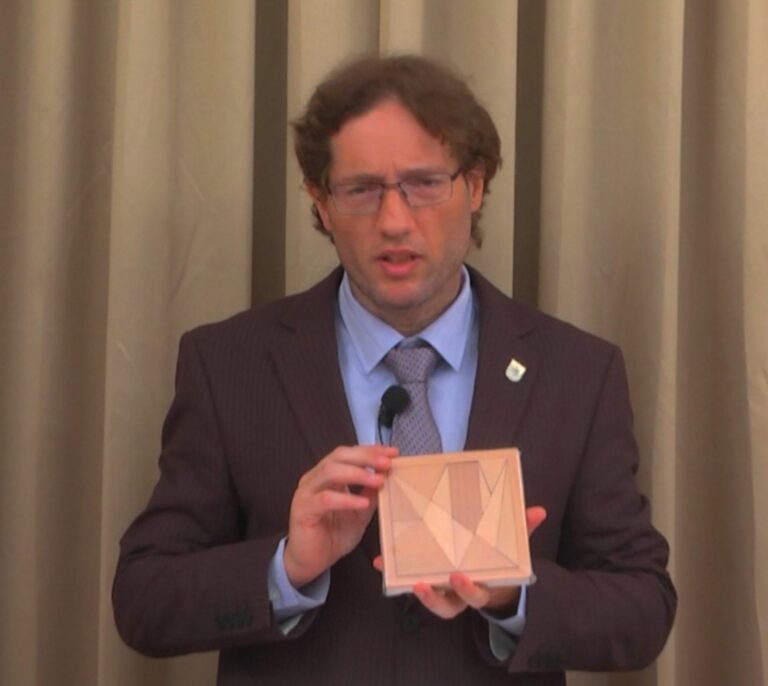 Back in 2019, The Hellenic Initiative had sponsored the doctors of Axion Hellas, who performed blood tests on the island which saved Dr Houlis’ life. “This also underlines the island’s need for an all-year-round medical diagnosis. Therefore, the risk is not only a financial one, but a multi-level one,” he said, adding that “for someone to live here, he or she needs to love this island more than his or her life”.
On a practical daily level, the current COVID-19 situation had slowed down the process of many projects.

“Employment on Kastellorizo is feasible only if someone owns a hotel, apartments, a restaurant, a cafe, or has the skills to work for one of those,” he said.

“Basically, it is about any shop/activity which can provide some profit during the summer time tourism. And now, with the COVID-19 outbreak, even tourist-based work is questionable. But can there be more initiatives beyond tourism? That, is my question, which has been answered above. Therefore, the actual question should be ‘who does really want to help?'”

Dr Houlis, the co-founder of MaxxBrain, which aims to introduce mathematical puzzles in education, devised a plan to live on the island by starting an educational puzzle company based in India, and meanwhile also worked towards the creation of Greece’s first Puzzle Museum – only one of less than a handful which exist in the world.

“This was a sole effort in which I had to dedicate a lot of time, effort and costs,” he said, adding that between 24-26 September, Kastellorizo, will feature its own Puzzle Festival, possibly the first worldwide.

“My dream is to turn Kastellorizo into a science hub. And it is not rocket science to comprehend the positive impact of the existence of a university branch during winter time. I have been proposing this for many years, but so far there has been no response. Survival on an island like Kastellorizo needs a realistic approach with groundbreaking ideas, not words and promises,” he said.
Solving puzzles and seeing potential go hand in hand for Dr Houlis, who knows “the potential of creating new and unique types of jobs in Kastellorizo which could help both the island and the people on it”. He said “the technical knowledge of designing and exporting quality puzzles is enormous, but this is something that I cannot start alone, at least right now.”

He said that the risks are many, and a far cry compared to what, he said was “a protected academic environment” at his university post.

“I will be honest. I miss many things. The University of Western Australia, as a place, is probably the most beautiful university in the entire world,” he said, adding that he has visited many universities in four continents. “Having lunch at the river bank while watching rare birds and sometimes dolphins is something very rare,” he remembers the high level of research which filled his CV and the wonderful cycle paths.

“But my love for Kastellorizo was too much to have second thoughts. But I can tell now, that this was probably the best move in my life.”