The launch of “Olympia: The Birth of the Games” took place a few hours before lockdown and days before the Tokyo Olympics Author John Martino holds up his book and the Olympia label of wine. All photos: Jake Wallinger-Ljungkvist

A last hurrah just before lockdown took place at the Hellenic Museum on Thursday through the presentation of a new timely book on the Olympic Games.

“The Ancient Greek games were actually born at a time of Greek chaos so, in many ways, what we have seen in the forthcoming Games in Japan are little different to their original foundation,” Author John Martino told guests as he held up a copy of his “new favorite book”, titled “Olympia: The Birth of the Games”.

“And just like that time in Greece, the Olympics today hold the promise of great hope and healing.”

When planning the launch, Mr Martino and Mr O’Kane may not have predicted that Melbourne would be plunged into Lockdown 5.0, but imminent lockdown merely added to the significance of the event as the orchestra played Vangelis’ “Chariots of Fire” while two screens featured footage from the Athens Olympics 2004, and wine from Olympia flowed freely – putting the audience in the right spirit to meet the challenges that lie ahead.

“Do we need to wear masks?” I asked Mr Martino as he greeted guests by the door.

“Not when you’re drinking,” he responded, with a jolly twinkle in his eye.

Addressing his guests, he said, “What an eventful month we’re having! Two Aussies did us very proud in Wimbledon (cheers), Italy taught England a real lesson (cheers), and now the Olympics start in Tokyo next Friday night.”

“Despite the dramas and disruptions, the entire world will focus on Tokyo even in this seemingly endless pandemic to remind us that human conflict is not necessarily inevitable and sporting competition does so much more to unite rather than divide us.”

The presence of two Consul Generals, Emmanuel Kakavelakis of Greece and Junji Shimada from Japan along with Aussie Olympian for Archery, Alec Pott, and an international crowd, were proof of that, showing that Olympic ideals transcend culture and lift the spirits – much like good literature.

Mr Shimada said, “While we cannot travel to Japan to watch the games in person, I hope you all enjoy the Olympic and Paralympic Games from Australia.”

Mr Martino would argue that you can also travel, not just to Olympia but to another time.

Mr Kakavelakis vouched as to the quality of the literature, stating he had Googled all the names to find “there was at some point writers’ license but nothing was really out of place or out o time,” he said.

“Of course, it is a work of fiction however the authors have made sure they had done the homework,” he said.

“Sport involves public performance carried out by the body of the participants in the public and physical display of spectators or an audience,” he said.

“Sporting competitions are comparable to religious rituals, to the recitation of singing or telling stories and the performance of drama in ancient, traditional and even modern culture.” 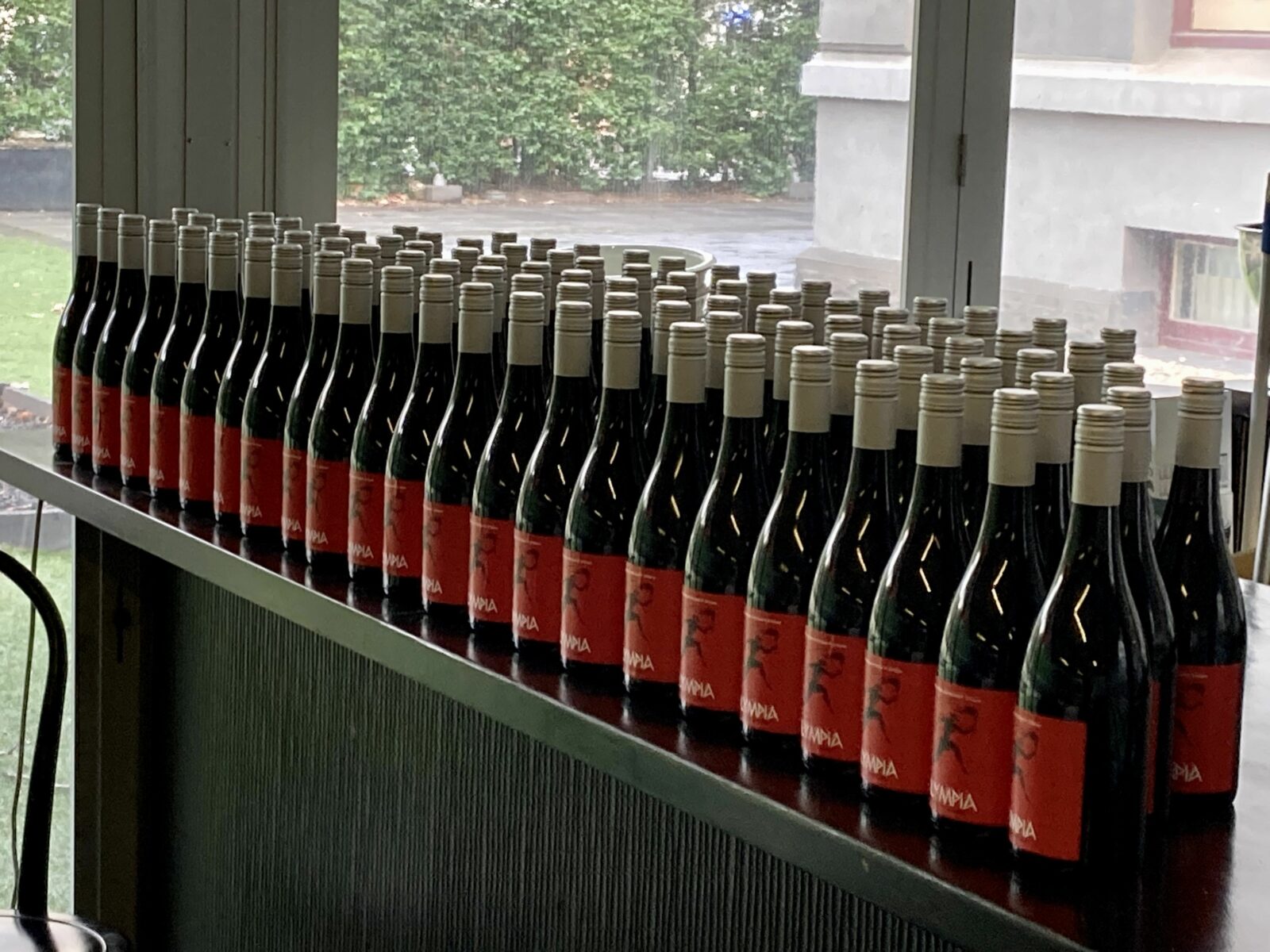 In Greek culture it was “closely associated with divination” and the outcome depended on the favour of the gods.

These Olympic concepts and the ideals of Olympism – excellence, friendship and respect – are values to ponder as athletes challenge themselves in Tokyo at a time of Pandemic.

The book is timely, and shows that these are values that transcend time.

“The Olympics ran uninterrupted in Greece for over 1,100 years,” Mr Martino said. “Nearly as long as I have been trying to complete this project and have been talking about it, writing central chapters of the book in Athens last year, and then travelling to Olympia to jog very, very slowly alongside the US torchbearer (which) proved inspirational.”

Now, Mr Martino, a disabled Australian veteran of both Greek and Italian heritage, hopes, with this book, to convey some of the awe which he himself felt.

And as I left the Hellenic Museum, with a signed copy of his book, I knew I was in for a good read indeed.