After 25 years in Australia, he returned to Greece to breathe life into his island

“My father wanted everyone to love Meganisi. He is now looking down on us from heaven, smiling” says Dimitris Sklavenitis’ daughter Effie Sklavenitis of her father's desire to make Meganisi the Monte Carlo of Greece

Composite photos of Meganisi and the Sklavenitis family. Photos: Supplied

Jimmy Sklavenitis, who was born on Meganisi – a remote secluded islet a little to the east of the island of Lefkada – was just 17 years old when, in 1947, he decided to escape famine and poverty by migrating to Australia.

Despite the hardships he faced when he arrived Down Under, Mr Skavenitis worked hard and managed to get into the building and housing industry.

He set up his own building company in Sydney and the business became his ticket to a comfortable and luxurious life in Australia.

During his 25-year-stay in Australia, Mr Sklavenitis accumulated wealth, but the young father of three kept telling his wife Athina and their children that his one and only dream was to return to his homeland, to his little paradise and set up a new life there.

“Our father loved Australia and was forever grateful for the opportunities life had gifted him but at the same time he was not as keen to accumulate more wealth. He was content with what he had and kept dreaming of Greece. He wanted to go home to his little heaven, and was determined to make his dream come true,” Effie Sklavenitis, Mr Sklavenitis’ daughter, told Neos Kosmos. Together with her brother, Spiro, and their younger sister, followed their parents back to Greece in 1974.

Initially, the family settled in Athens so that the children could complete their studies.

At the time, Meganisi had no drinking water, electricity or infrastructure – but that didn’t discourage Jimmy Sklavenitis.During the 1980s, Mr Sklavenitis, his brother and another local, who shared the same vision, started working towards a common goal. Their vision was to make Meganisi a tourist destination for all to enjoy while keeping its character and natural beauty alive. From 1977 until the day he passed away, Mr Sklavenitis worked on the island’s infrastructure. His son, Spiros, who was by this time well connected in Athens, joined his dad in introducing their little island to the world. Part of the plan included extending invitations to businessmen, athletes, actors, and artists from Athens to spend summer in Meganisi.

“My father had built villas there and he kept inviting everyone to visit the place and spend some time away from the limelight. People started falling in love with the island and its natural beauty, while they enjoyed fresh food at ‘Ερρίκος’ taverna, which is still considered one of the island’s iconic restaurants,” Ms Sklavenitis said. She recalls Aristotle Onassis also having expressed his intention to make Meganisi, the Monte Carlo of Greece, as it was perceived as the ideal destination for those who like to sail.

The Sklavenitis family continued their father’s vision and invested in the island after Dimitris Sklavenitis passed away.

READ MORE: There are ways for Greek Australians to travel to Greece

They then built Pacifica and Nirvana villas and they are about to build one more villa for a businessman who has expressed interest in making Meganisi his private getaway.

“The island’s natural beauty, the crystal-clear Ionian waters and the discreet hospitality of the locals have made Meganisi a hot destination for the VIP’s who keep coming back.

“Going forward our goal is to mix the old with the new while keeping tradition alive and protecting the island’s unique identity. We love to see the locals mixing with tourists that keep coming back every year and show immense love and respect for our father’s paradise and a genuine interest to contribute to the island’s progress and prosperity. We only use local materials to build our villas, because we feel that this is the best way to give back to the local community and the islanders that chose to stay back and not abandon their birthplace,” Ms Sklaveniti said. 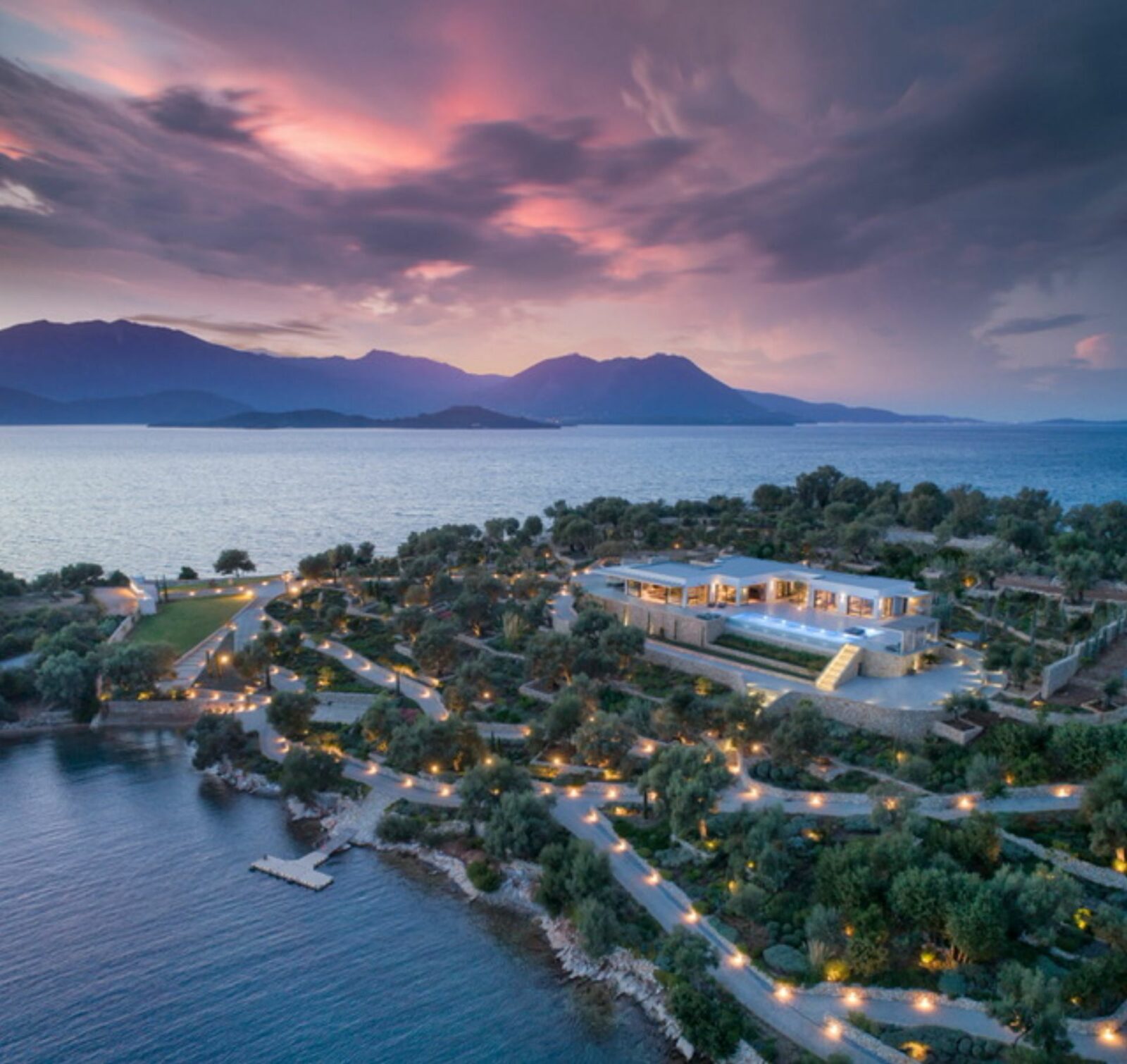 What was once an island without many facilities is now a small island paradise, complete with state-of-the-art facilities. 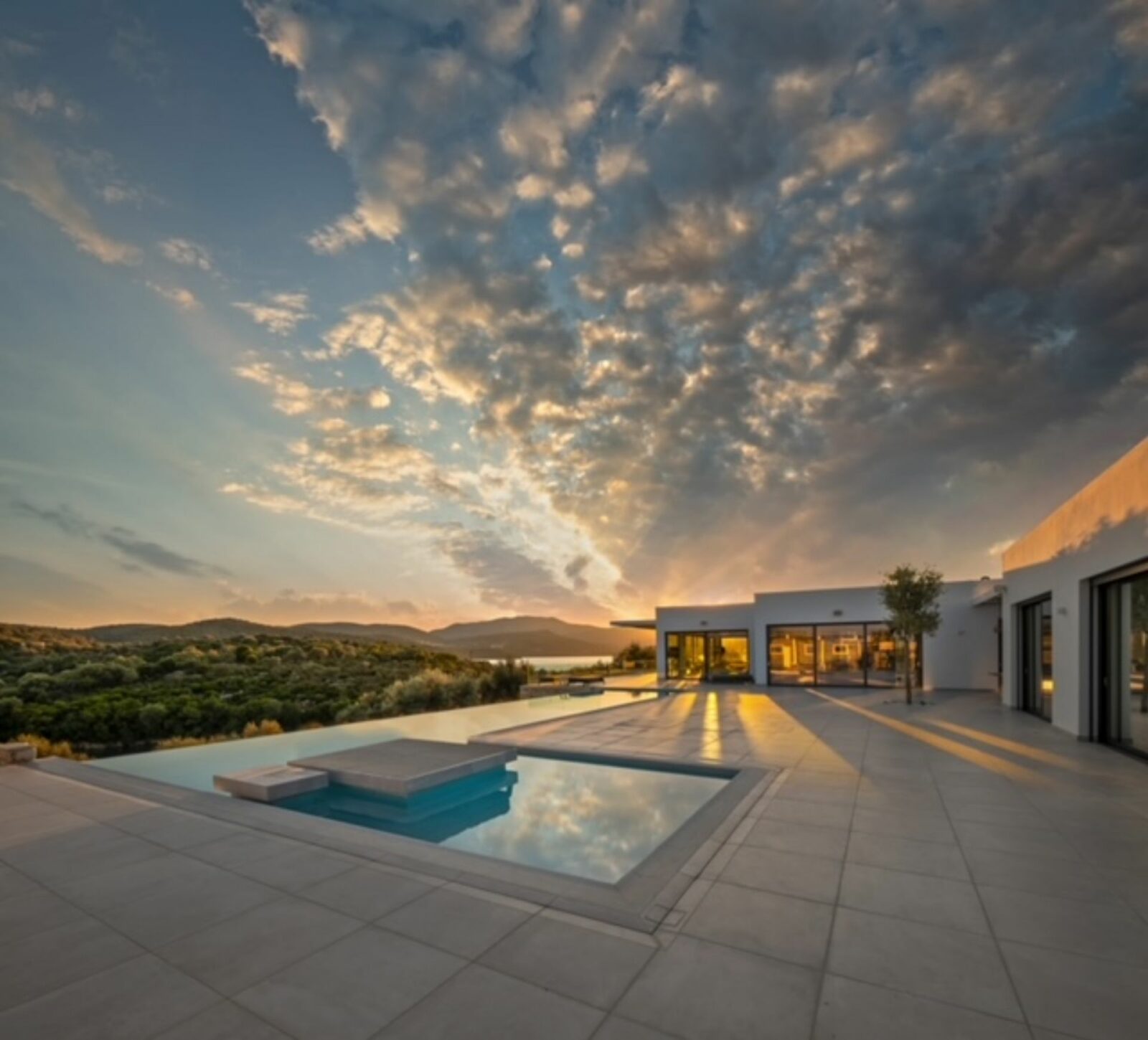 A luxurious retreat which provides an alternative to tourist hotspots without the tourist traps.

“Our father is looking down on us and smiling”

Jimmy Sklavenitis was a hard-working, intelligent, and well-educated man who travelled the world, determined to succeed.

He was focused, ambitious and left nothing to chance.

At the same time, he loved his island and its people, and he was passionate about making his birthplace a sanctuary for himself and others.

He passed away peacefully at the age of 66 and was buried in Meganisi.

“He left us early and we miss him every day, but we know that he is in heaven now looking down on us, content that we are continuing his legacy.

“That is our biggest inspiration and reward,” Ms Sklaveniti concluded.