“It’s a big move for Greece,” says Tsitsipas after his tennis victory in the Tokyo Olympics 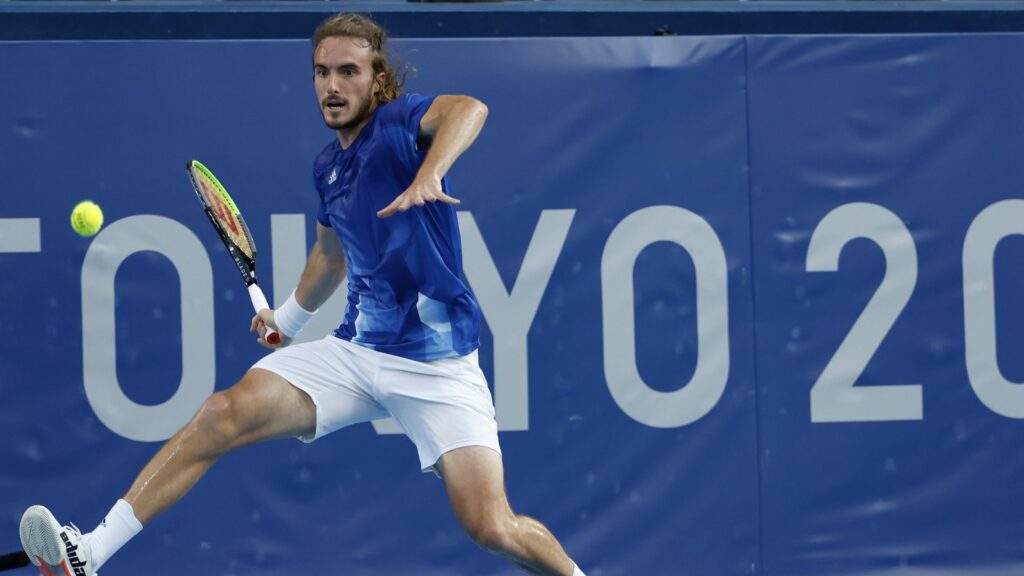 Stefanos Tsitsipas of Greece hits a forehand against Philipp Kohlschreiber of Germany (not pictured) in a first round men’s singles match during the Tokyo 2020 Summer Olympic GamesPhoto: AAP via USA Today/Sipa USA/Geoff Burke

The Greek champ made his Olympic debut with a hard-fought 6-3, 3-6, 6-3 victory over the German player and won 75 per cent of his first service points.

The win made him the first Greek man to claim victory in the Men’s Singles of the Games since Augustos Zerlandis’ win in 1924, and said it was “an honour” to end the Greek tennis drought.

The 22-year-old champion had reached the Roland Garros finals earlier this year.

He spoke of “building a rivalry” ahead of his rematch with the American, who had recently defeated him in the first round of Wimbledon.

“I’ve learned my lessons. I try and move on better this time. He’s an opponent around my age group and we’re kind of building a rivalry. I’m going to have to raise my level this time.”

In the women’s sport,  Maria Sakkari, ranked number 19 in the world, beat Anett Kontaveit from Estonia in straight sets on Saturday, winning the first set at 7-5 and 6-2 in the second.