AHEPA NSW donates $18,900 to key projects in the state 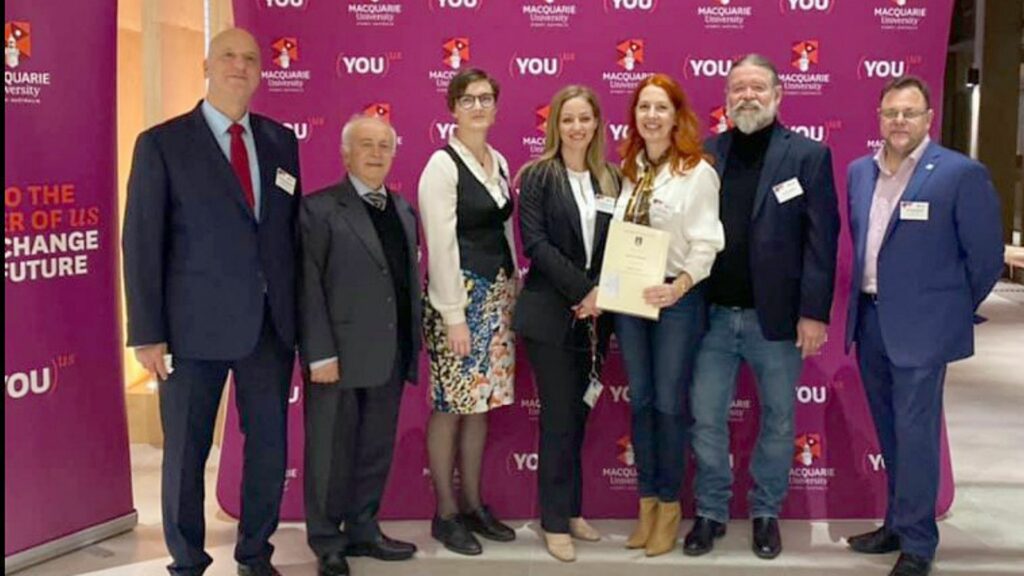 The chief recipient, the Macquarie Greek Studies Foundation, received a $15,000 grant reinforcing the association’s role as the largest contributor to Hellenic Studies at Macquarie University. AHEPA NSW has regularly contributed to the Modern Greek Studies Program since its creation in 1986.

St Spyridon College received $1,900 for its annual Awards for Student Achievement in Modern Greek Studies across the senior college.

The Diavitiko Association of NSW received a $1,000 donation for a research freezer to store samples as part of its Type 1 diabetes prevention research programme at the Children’s Hospital Westmead.

AHEPA NSW donated a further $1,000 to the National Maritime Museum of Australia which is hosting a Greek Bicentenary Project. The money will be used to honour Australia’s first female Hellene migrants, Kateherine Crummer (born Aikaterine Plessos) and her daughter, Amelia Helene.

READ MORE: First round of donations pledged to save Greek at La Trobe

Crummer family history specialist Dr Panayiotis Diamadis said Aikaterine was born in Epiros in about 1810. She married Major James Henry Crummer in 1827. The couple migrated to Australia with their eldest daughter Amelia Helena in 1835.

“Through the Crummers, AHEPA NSW Inc honours all the ladies of the Australian Hellenic community, wherever they were born,’ said Dr Diamadis. ”

AHEPA NSW Inc President Bill Skandalakis said: “Since the formation of AHEPA NSW in 1934, education and philanthropy have been at the centre of our Association’s activities.”