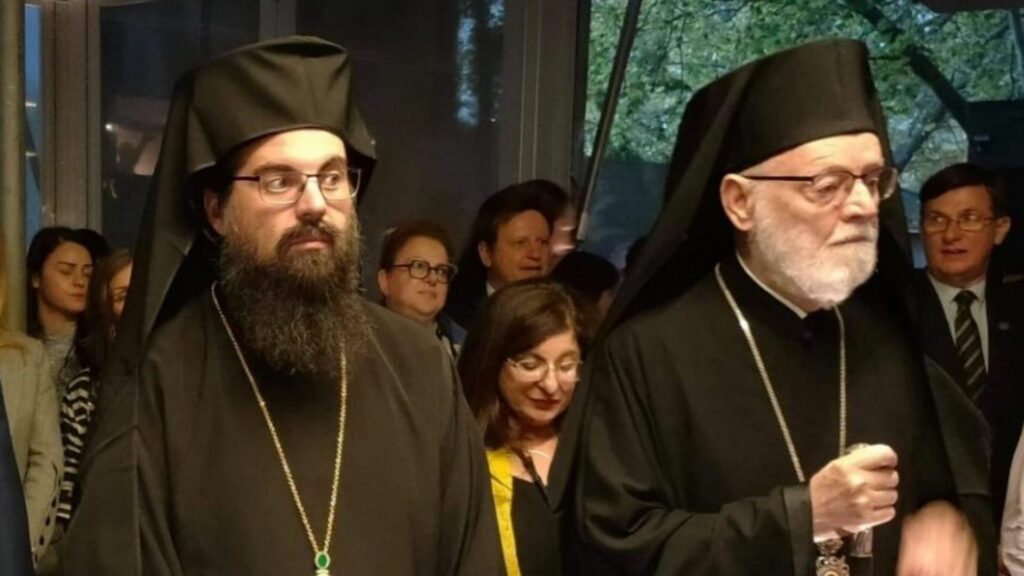 Bishop-elect Eumenios with the His Eminence Ezekiel, the Metropolitan of Dervis. Photo: Archdiocese of Australia

Four New Assistant Bishops were elected by the Holy Synod of the Ecumenical Patriarchate on 30 August for the Greek Orthodox Archdiocese of Australia.

The bishops were elected following a proposal by Archbishop Makarios of Australia.

Bishop Ezekiel has been elevated to Metropolitan of Dervis of the Ecumenical Patiarchate.

The Bishop, born in 1938 in Akrata Kilkis of Macedonia, graduated from the Theological College Halki (Constantinople) in 1962. Ordained a deacon, he arrived in Sydney that same year where he was ordained a priest on Sunday, 30 September, at Dubbo, NSW, during the consecration of the Church of Panagia Myrtidiotissa. He later served at churches in Leichhardt and Belmore before being elected Bishop on 1 March, 1977, with the honorary title of Dervis. He was appointed Assistant Bishop to the late Archbishop Stylianos and served for three years in Perth, five years in Adelaide and in Melbourne from 1984.