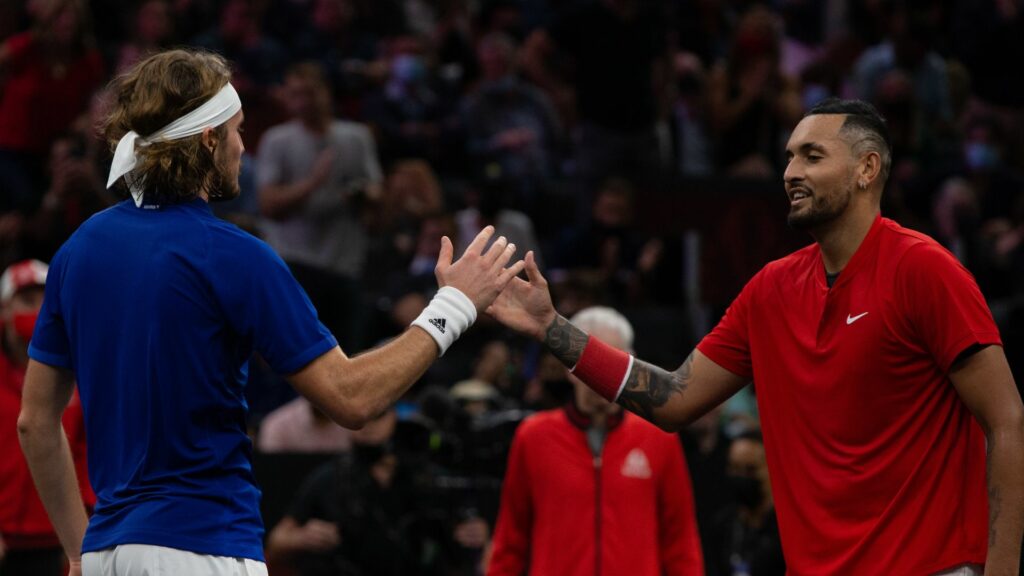 After his own defeat, Kyrgios told media that Laver Cup in Boston would be his last event of the year, also hinting an early retirement.

“I need to go back home. I have been travelling for four and a half months now. My mum is not doing too well with her health. I’d like to go back and see her,” he said.

“Where I go from here, everything’s a bonus. I’m playing Laver Cup again, and I’m not going to lie, I think this is my last year I will probably play Laver Cup.”

“As long as I’m on the court, I will try and give my best, but I’m not going to lie and say that I’m going to plan to play four or five more years on tour – that’s just not me.”

Tsitsipas had some kind words for his opponent after the match, pointing to Kyrgios’ natural tennis playing talent.

“He is someone, you know, with not much practice or preparation, he can come out and play his best tennis due to the enormous talent that he has,” the world No.3 said.

Kyrgios is among the few players in the world to beat legendary players Roger Federer, Rafa Nadal and Novak Djokovic.

While Kyrgios says that the Laver Cup match is his last game for the rest of the year, he is still looking forward to rejoining the big leagues for next year’s Australian Open.

“Obviously, I’ll get my body right and I’ll start my pre-season, spend time with my family for the Australian Open and go from there. I will reassess,” he said.

Kyrgios has kept a low profile since the coronavirus pandemic took over the world, slipping to 95th place after playing very few tournaments. It seems the 26-year-old is unbothered by his drop in the rankings, saying he is content with where he is at.

“I feel like I’m not one of those players now that’s going to go hunting for points or hunting for accolades or anything like that,” he said.

“I feel like I have nothing left to prove to myself. I’m incredibly proud of what I have achieved.”