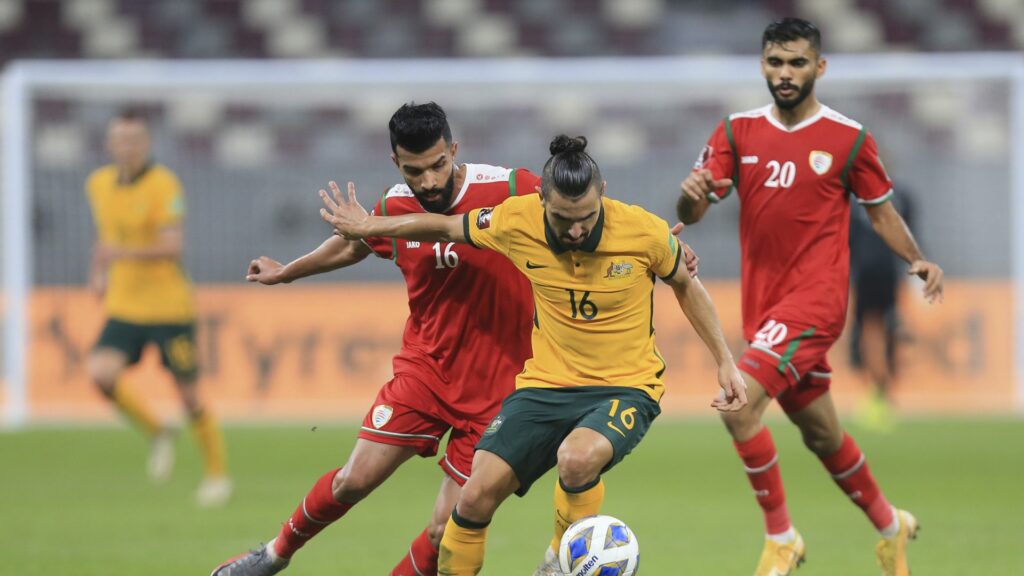 The Socceroos are soaring once again after sustaining their flawless World Cup qualifiers streak after beating Oman 3-1 in Qatar.

Awer Mabil gave Australia the lead in the ninth minute, kicking of the first of the three goals, but Oman came firing back in the 28th minute thanks to Al Manfhar Al Alaw.

The Socceroos were determined to come out with a win in the second half, and Martin Boyle delivered for the Aussies, scoring just four minutes in after Adam Taggart’s initial shot was saved.

Oman lost their first half pace allowing the boys in green and gold to put the final nail in the coffin. Mitchell Duke came in the final minute of the match, to solidify Australia’s win 3-1.

The win has put the Socceroos at the top of their group and are also the first team to win 11 consecutive matches in a single World Cup qualification campaign.

Australia will take on Japan next on Tuesday.

Greece is currently sitting third in Group B, three points behind Sweden. While the team hasn’t lost a match throughout their campaign, the three draws have not bolstered them up high enough into second place.

Team Greece will be in Georgia on Saturday evening (Sunday 3:00am AEDT) to take on the host country.

Cyprus has not had a great run this time around, sitting in at last place in the Group H rankings.

Out of their six matches played they have only manage to win one game, 1-0 against Slovenia back in March of this year, otherwise Cyprus has suffered one goalless draw and four emphatic losses to Croatia, Malta and Russia.

While there is little no no chance of making it through to the playoffs without a miracle, Cyprus will take on Croatia once again on Saturday at 5:45am (AEDT).