Moreland Council: Should it adopt a Greek Name?

contemplates change of name after discovery of slave trade links Moreland City Council is set to change its name following the link of its name to an 18th century Jamaican sugar plantation where hundreds of slaves were kept.

Indigenous elders and community representatives first drew attention to this, and a report is set to be considered at its next council meeting in December.

Moreland, located in Melbourne’s inner north, is home to more than 190,000 people of which 10 per cent are believed to be of Greek heritage. A strong indicator of the large Greek population are the five Greek Orthodox churches in the region and three Greek-Australian councillors: Helen Pavlidis-Mihalakos, Angelica Panopoulos and three-time mayor Lambros Tapinos.

Cr Tapinos told Neos Kosmos that he is in favour of the name change bearing in mind its links to the Moreland plantation, which it was named after when Farquhar McCrae brought the land in 1839. McCrae named the land after his father and grandfather’s plantation which operated from 1770-1796 to produce sugar, rum and was involved in the slave trade with 500-700 slaves imprisoned there at any given time.

Cr Tapinos underlined he would “have no problem with a change of name provided it does not cost a lot of money”.
He said that a new name would require consultation with the community, and he said that “we can propose to people to give us ideas”.
Cr Tapinos said that most place names were of English and Irish origin and representative of another time.
“We need to look at immigrants who have come here. I’m not just talking about the name of the Municipality,” he said, adding that we need to have more names of Greek and Italian-inspired names as well as recognise the contribution of migrants from other countries. 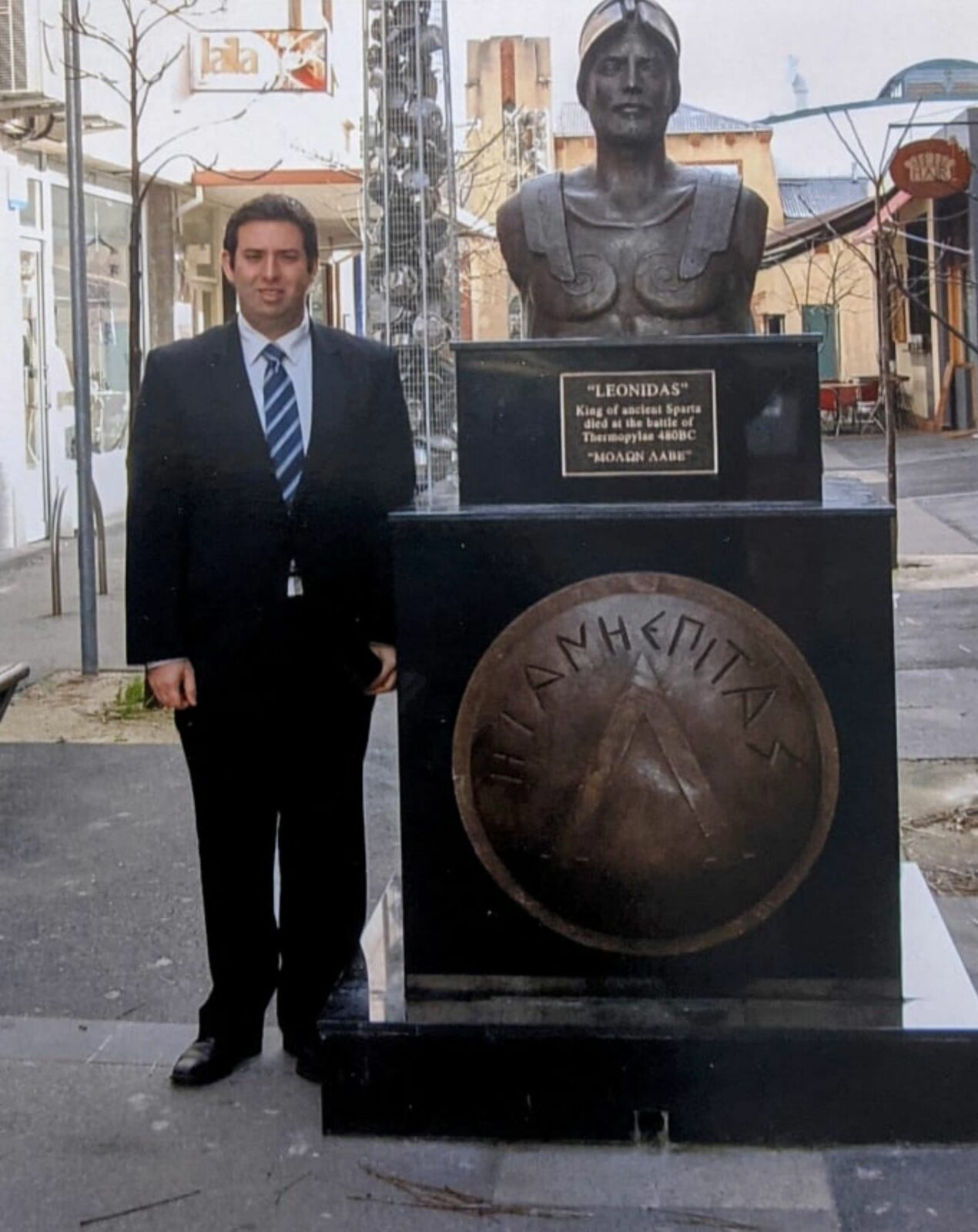 Residents are also encouraged to propose names for the municipality’s wards which will be increased from three to 11 at around 2023.

There is a strong Greek presence in Moreland. So much so that Brunswick and Sparta, Laconia, signed a sister city relationship in 1987 which was reaffirmed through a renewal in 2009. The statue of King Leonidas, costing $30,000, was commissioned by the City of Brunswick to celebrate the Memorandum of Understanding between Sparta and Brunswick. It is located in Sparta Place, which stands as a true testament of friendship between these two regions located so far but joined by history.

The strong relationship between Brunswick and Laconia was set in WWII when Ioannis Rentzis hid three Australian soldiers from the Nazis for more than a year in Potamia, during the German Occupation of Greece. In 1948, Rentzis immigrated to Australia following the invitation of Australian soldier Ted Peachey and he estabished himself on Blyth Street, Brunswick.

Other Greeks from Laconia followed suit during the mass migration wave in the 50s and 60s and their presence was so influential that, for many years, Brunswick was known as the suburb of Spartans. The migrants created some of the best bakeries, cafes and shops in the area. They established the Pallaconian Brotherhood and left their mark on the area.