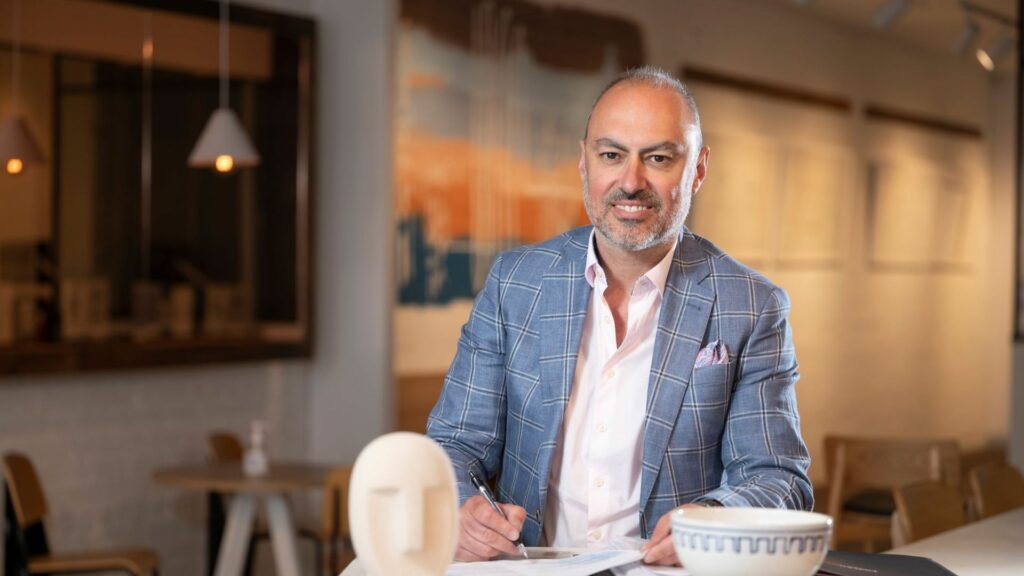 Delphi Bank general manager Jim Sarris takes the lead and signs the petition calling for the return of the Parthenon marbles. Photo: Supplied

As part of the commemoration of the 200 years of Greek independence, Delphi Bank is organising an Australia-wide petition that calls for the return to Greece of the Parthenon Marbles currently housed in the British Museum in London.

The general manager of Delphi Bank, Jim Sarris, said the petition was an opportunity “to seek justice for our heritage and past generations.”

“Our shared cultural experience with our customers and community remains at the core of who we are, and we look forward to uniting the wider community through raising awareness of this social issue,” Mr Sarris said.

The organisation working for the return of the famous marbles, Australians for the Return of the Parthenon Marbles Committee, led by Elly Symons and George Vardas, said in a statement that the petition was an “excellent initiative”’ which “calls on all Philhellenes to sign the Petition and make their voice heard”.

“We are confident Australians will lend their support to the reunification of the divided sculptures in Greece and within sight of the Parthenon monument”, the Return of the Parthenon Marbles Committee said.

Supporting the drive for the petition was artist and cultural advocate Natalie Rompotis who worked with the bank to create the artwork with the theme “Strength in Unity” inspired from the Greek saying attributed to Aesop.

“For Delphi Bank, it’s about the strength that lies in unity of community when fighting a common cause, and the strength of culture and heritage which comes from at long last unifying the marbles with their homeland”, Mr Sarris said.

Delphi Bank’s petition will be available for signing across all Delphi Bank branches in Victoria, New South Wales, South Australia and Queensland, as well as online

♦ For more information on the petition visit the on the Delphi Bank website link and its social media accounts (search @delphibank).