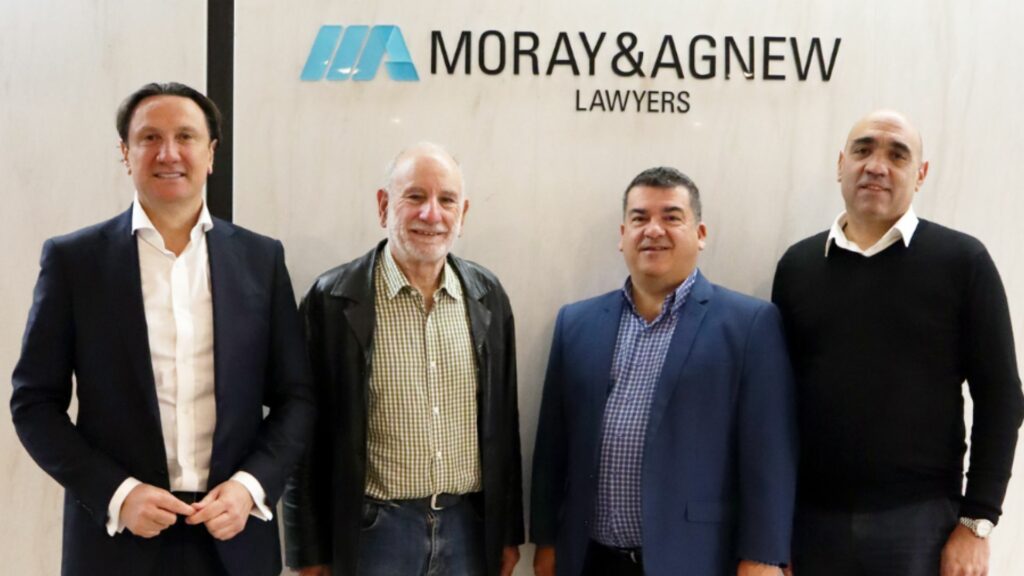 Headed by Greek Community of Melbourne leader Bill Papastergiadis, Moray & Agnew Lawyers Melbourne, has been ranked amongst the leading firms in this year’s Legal 500 Asia Pacific Directory in services provided in the separate areas of Construction, Insurance, Real Estate, and Labour & Employment.

Legal 500 is a leading directory of law firms in over 150 global jurisdictions, and annually ranks law firms based on independent feedback from thousands of corporate counsel and other law firm clients.

The Melbourne Practice was recognised as a leading firm in Asia Pacific in a number of practice areas and ranked from top 10 to top 25 in four major areas of practice -noting that there are over 16,000 law firms in Australia alone.

“I’m delighted that so many of our lawyers and practice groups have been applauded as the great lawyers they are, and especially proud of all our achievements in what has been such a difficult year for everyone,” said Melbourne Managing Partner Bill Papastergiadis, who is also the lead Partner of Melbourne’s Construction practice.

“This continued recognition firmly places our firm amongst Australia’s leading law firms. This is a fantastic achievement by our dedicated staff.”

It is worth mentioning that Moray & Agnew employs tens of lawyers and legal staff of Greek heritage as many Greek Australians seek advice and trust a firm that can comprehend their needs.

“To continue to be ranked amongst the top firms in Australia and Asia in so many major areas of our practice reveals the depth of expertise and skill of our lawyers. For example, in the area of construction it has been pleasing for us and myself to work on arguably the largest projects in Australia.”

This has included Collins Square Precinct, Victoria’s largest commercial mixed-use development and residential development involving 5 towers ($2.5 billion), the construction of some of the largest hotel projects (valued in excess of $1 bn) in both Perth and Melbourne including the Ritz Carlton Hotel in Melbourne (85 storeys), and largest residential tower development, West Side Place precinct in Melbourne’s CBD, valued over $1 bn and the Monument project in the Melbourne CBD featuring 850 apartments and multiple levels of amenities.

Finally, in regards to future goals and projects, Melbourne Practice Development Manager, Liz Chandler said that “it is wonderful to continue to receive this recognition in so many areas – especially on a national basis. Bill has been instrumental in developing many of the areas we have been recognised in again this year. Since 2006, he has been a key part of our success and in driving and growing our business to include the services our clients need”.