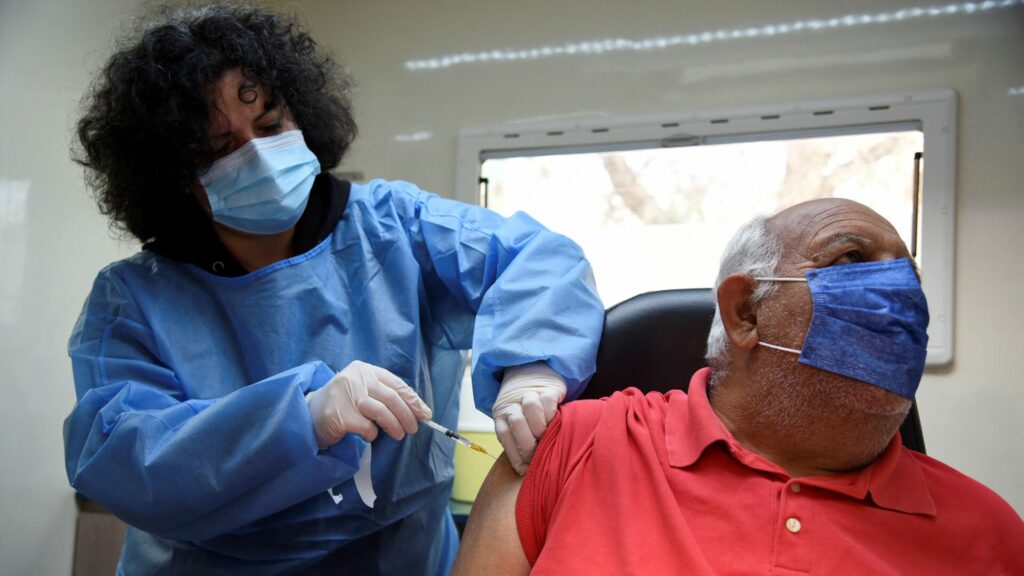 Panagiotis Siankouris a member of the Roma community, receives a dose of the Pfizer-vaccine against COVID-19 by nurse Dimitra Mpatzou, in a mobile unit of the National Public Health Organisation (EODY) in the neighbourhood of Dendropotamos, in Thessaloniki, 2022. Photo: AAP via REUTERS/Alexandros Avramidis

Greek health officials have warned of a Covid-19 surge this Greek summer. However, it will not significantly affect ICU hospitalisations and deaths.

There was an increase in the number of new infections last week, and the rate of positive tests, however there was only a small increase in hospitalisations.

The number of intubated patients declined, and daily deaths remained stable since the beginning of June at around 12-13 deaths on average per day.

Experts say that the momentum is due to the Omicron subvariants BA.4 and BA.5 which are expected to drive the summer wave. From the first week of June, one in three cases was associated with these two subvariants.

Australian travel advice by DFAT has Greece at level 2, which they suggest means “higher risks than what you would typically find in a large Australian city.”

The advice though makes clear “We’re not saying ‘don’t go’ to this location” but travellers should research and take extra precautions.

At level 2, the COVID-19 risk is considered low but outbreaks may occur and local authorities could implement measures to manage this at short notice, which will affect travellers’ ability to move freely.