The Hon John Hatzistergos AM is the new Chief Commissioner of the Independent Commission Against Corruption (ICAC). 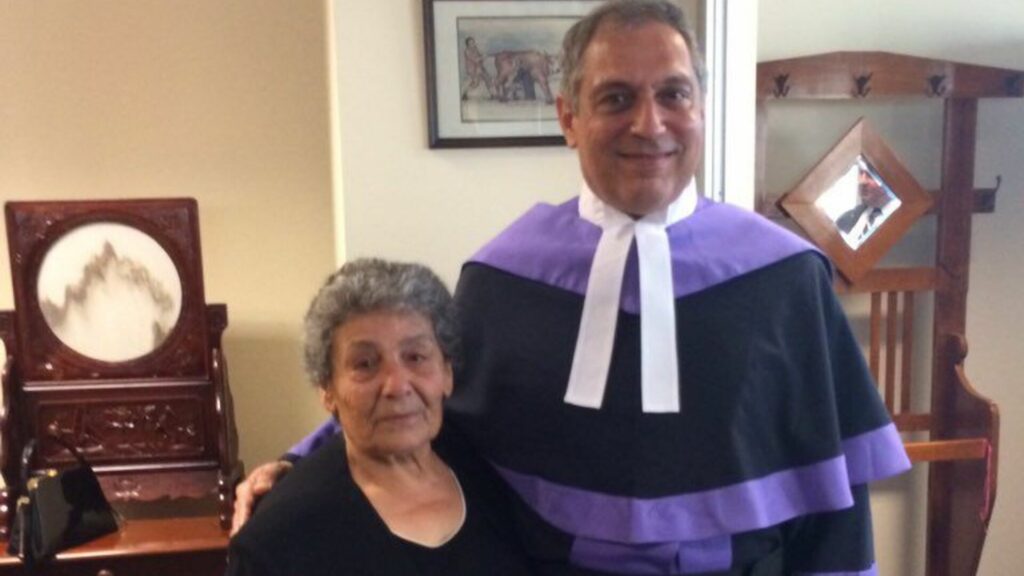 The Hon John Hayzistergos AM with his mother upon receiving a Queen's Honour in 2018. Photo: From his brother Nick Hatzistergos' tweet of 2018/@nhatzistergos

The Hon Paul Lakatos SC, District Court Judge and President of the Mental Health Review Tribunal, along with the Hon Helen Murrell SC, retired Chief Justice of the Supreme Court of the ACT were also been appointed as new ICAC commissioners.

The appointments will be for five-year terms and the Hon Hatzistergos will commence his appointment on August 7.

A release from premier’s office said that the appointments were made “following an open merit-based selection process.”

“These individuals have been charged with executing the powerful anti-corruption responsibilities of the ICAC and I expect them to bring their broad expertise and experience to these important roles,” Mr Perrottet said.

Mr Perrottet congratulated the new commissioners and said that he was confident that ICAC will work “to ensure the integrity and accountability of public administration in NSW and hold public officials to the highest standards.”

In the same statement, attorney general Mark Speakman said these appointments were key to ensuring the ICAC continues to undertake its important statutory functions.

The ICAC is an independent body established to expose corruption and enhance public confidence in the integrity of the NSW public sector.

Its principal objectives are to investigate, expose and try to prevent corrupt conduct in the NSW public sector, and to educate public authorities, public officials, and members of the public about corruption and its detrimental effects.

Congratulations to my brother John on receiving an Order of Australia in the Queens Birthday Honors list today. pic.twitter.com/ODkEPstF6V

The Hon Hatzistergos AM was awarded in the Queen’s Birthday Honours List in 2018 for significant service to the law and the judiciary and to the people and Parliament of NSW. The ICAC Chief Commissioner’s brother, Nick Hatzistergos – Director of South Sydney Rabbitohs, Director Bank of Sydney, Director of Praxity, and the President Hellenic Club in 2018 tweeted, “Congratulations to my brother John on receiving an Order of Australia in the Queens Birthday Honors list today.”

Along with the tweet he included a photo of his Hon. John Hatzistergos AM with his mother and a photo of the siblings as children in NSW.

The Hon Hatzistergos AM has an impressive legal pedigree and a significant political career. He was appointed as a Judge of the District Court of NSW in 2014. Between 2003 and 2011, Mr Hatzistergos as a minister in the NSW Government, held portfolios including Attorney General, Justice, Regulatory Reform, Health and Industrial Relations.