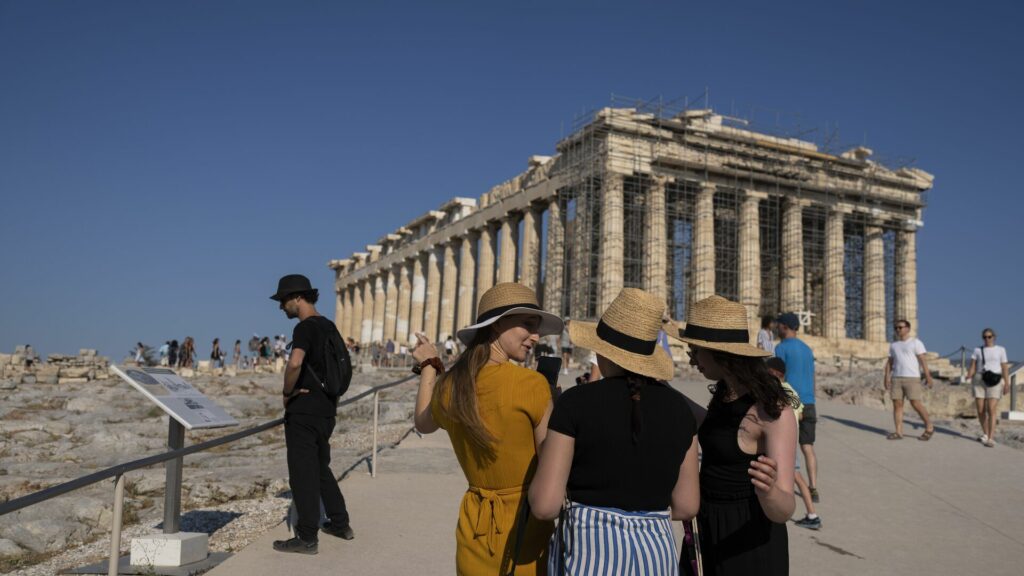 A group heading to the Parthenon temple on the ancient Acropolis in Athens Photo: Petros Giannakouris/AAP

The absence of travel over the last two years due to pandemic restrictions have added to the demand for immersive Greek tours.

Kathimerini reported that 54 students from 17 countries and 29 universities attended the Athens University summer course in modern Greek studies this year. The program familiarized students with the modern Greek language and culture, literature, history, and art.

This was just one of many programs offered across Greece this summer aimed at Diaspora and foreign youth. Over 6,500 students have attended the Athens University summer course in 35 years.

The summer camp organised by the Greek Centre in Melbourne for 18- to 25-year-old young adults was focused on northern Greece. As reported in Neos Kosmos it was supported by the Greek Ministry for Foreign Affairs and the Greek Community of Melbourne (GCM).

The GCM program selected 49 young Greek Australians out of more than 180 applicants. The group visited Ancient Vergina, the White Tower, Dion Mt Olympus, and a range of medieval and ancient sites, and participated in workshops, and concerts.

Programs like that offered by the Greek On-line School aimed at a younger groups like children aged 6-15. Their summer camp focused on Greek language immersion and socialisation.

Institutions, local authorities, and the Greek government have reinvigorated their efforts to increase language and cultural camps for Diaspora youth. Often these programs reflect partnerships between Greece and Greek communities across the world.

They may also reflect a greater desire by Greek communities across Australia, the US, Canada, and other parts of the world, to ensure that the eternal links between Greece and its Diaspora never fade.