Marathon Uluru: “It’s just the sky and the ground. As far as your eye can see”

"There's this beautiful, calm, quietness. You can hear the wind going through the little bushes, the grass. And perhaps that gives you that feeling of sacredness, that there's something there other than you," Dorothy Kapetopoulos tells Neos Kosmos

Dorothy Kapetopoulos reaches the finish line of the Marathon in Uluru, the Australian Outback Marathon that takes place every year at the end of July. Photos: Supplied

Her last adventure, a once in lifetime experience, took her to the Australian Outback Marathon which is annually around the sacred Uluru Rock.

This year nearly 500 people travelled to the Australian desert on the last weekend of July, not only to reach the finish line, but to immerse themselves in the spectacular spiritual landscape of the ancient rock, a landmark that signifies the Beginning for First Nations’ Australians.

“The marathon was itself a challenge which I had not expected. It was like running on the beach, because the surface was sandy,” Dorothy told Neos Kosmos, explaining that it happens when there are not many rains.

“Running in that environment was also very different for me. It’s completely open as a desert would be. But to be in it continuously, for such a long time, for four hours or more, with no trees, no cover. It’s just the sky and the ground. As far as your eye can see.”

She explains that there were periods when there was no one in front or behind her… an experience that was somewhat surreal.

We ask her if she felt the sacredness of the place.

“For me that spiritual feeling, may have been the silence, which is so complete. There’s this beautiful, calm, quietness. You can hear the wind, going through the little bushes, the grass, the little trees… And perhaps that gives you that feeling of sacredness, that there’s something there other than you. The different kinds of rocks were also incredibly fascinating especially know what they mean to First Nations’ Australians.”

She adds that the dry heat on her skin, and the quietness actually took her back to her horio in Greece. “It reminded me of walking in the horio in the afternoon when everyone is sleeping. I would walk around the empty streets of Kakovato, and all I could hear was the beach and my footsteps.”

The night sky in Uluru was also “magical” to Dorothy. 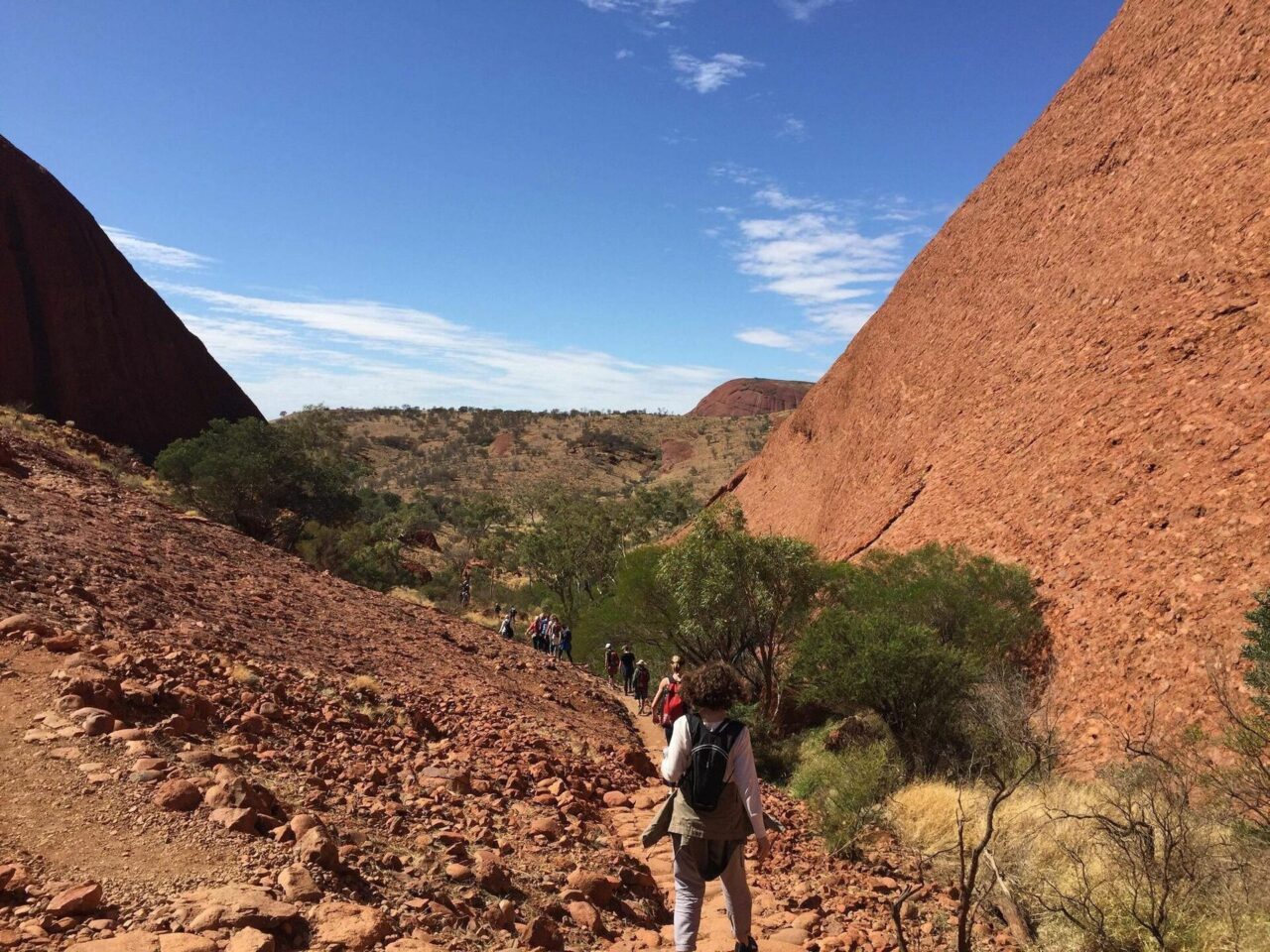 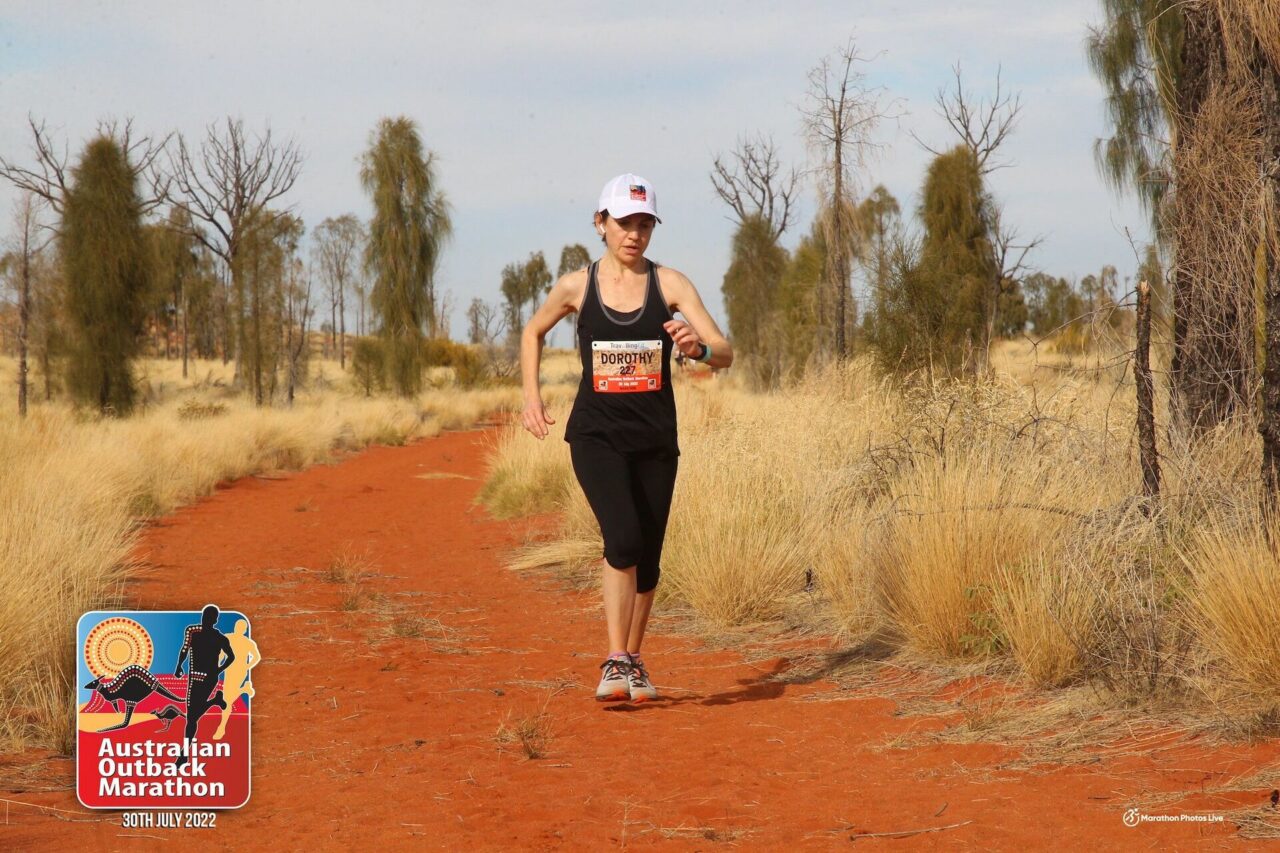 “We dined outside one night, under the stars and with only a little candle on our table. After we ate, they made us put out the candles. And slowly, when our eyes adjusted, the sky was incredibly full.”

Even though Dorothy, whose late parents originate from the Peloponnese, (Patra and Pyrgos), started running in various races many years ago, this was her second marathon.

Working from home during the pandemic lockdowns, gave her more time to go for a run, and as a result she became fitter.

“I was forced to use the outdoors because there was no gym. Whether I liked it or not, I had to go outdoors if I wanted to exercise.”

Running she says, gives her an opportunity to test her physical and mental strength.

“Reaching the point where you think you cannot go on and yet you push through; crossing that line mentally, the discipline it requires to keep going makes me feel I can do anything.”

Dorothy applies what she learns from running to her everyday life. “When you’re coming up to challenges, you learn that you can get through them because everything is momentary. You feel pain, whether it’s physical or mental. And you know that it’s temporary. ”

When lockdowns ended, Dorothy joined Achilles Australia to become a guide for the visually impaired participating in races. 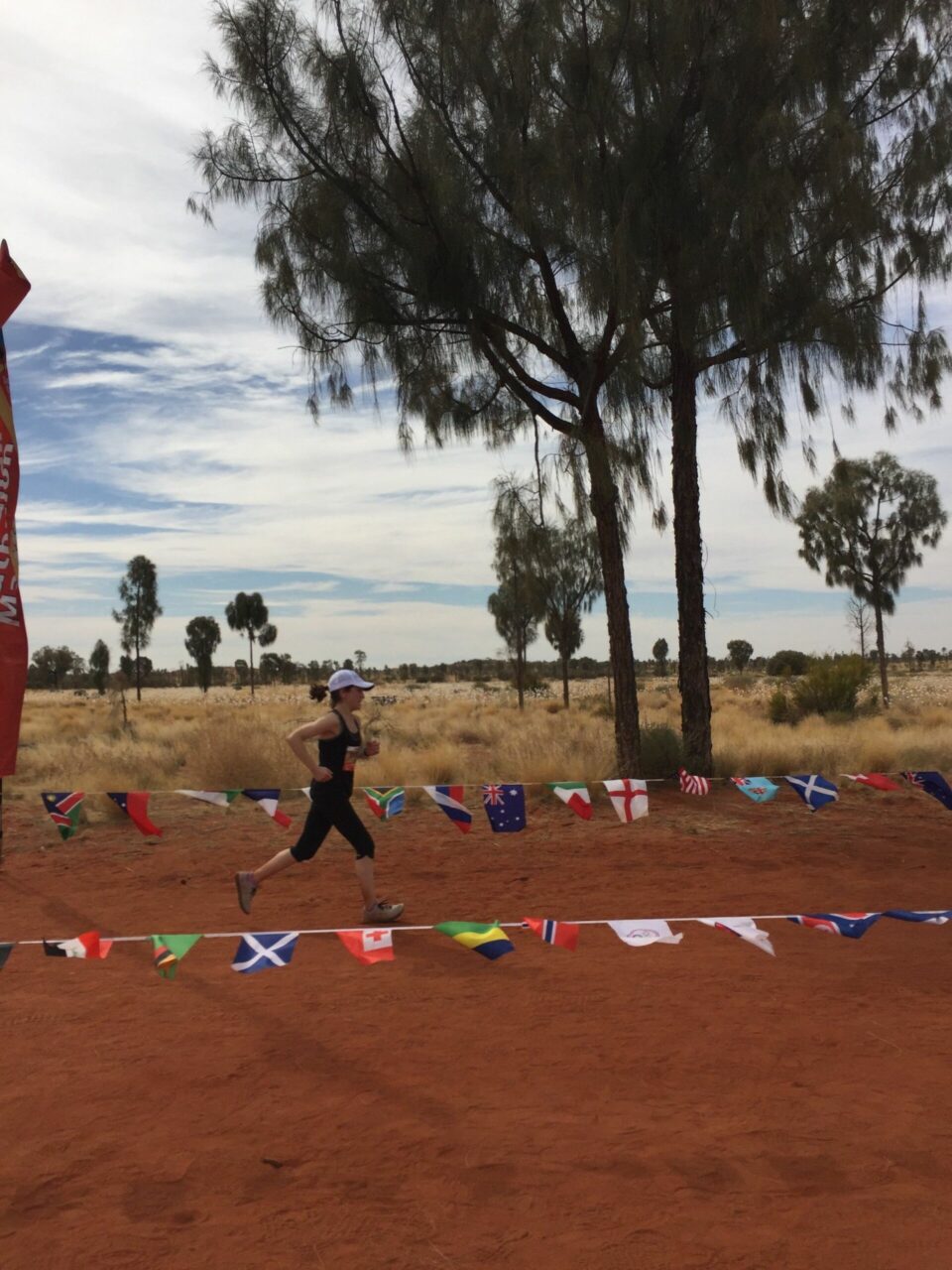 “I saw them running at the Melbourne marathon and thought that that is what I want to do.”

It is a completely different experience to running on your own, but no less satisfying, she adds.

“You’re not running for yourself. Your job is to ensure that someone else meets their goal. That they get to have that experience, which is a beautiful thing.

As a guide it is not just you and the runner. There is a team of 3-4 people who run with the visually impaired. One or two in front and a person also in the back.”

“They’re putting teams together for the Melbourne Marathon in October. So if you’re part of a team, you’ll be training with them for this. And on the day, you take turns because it is very hard to do it without a break. You’re the brain and the eyes for this other person. These are the challenges, but it’s beautiful and quite satisfying and rewarding.”

Dorothy’s advice to anyone who wants to start running for the first time is to “start with something small.”

“When I say small, I mean a goal that you know you can reach. Running is not about speed.”

She explains that setting goals you can actually achieve will help you discover your endurance, who you are and if it something that interests you.

“All it takes is one foot in front of the other. One step at a time. And all you need is a pair of shoes and the will.”