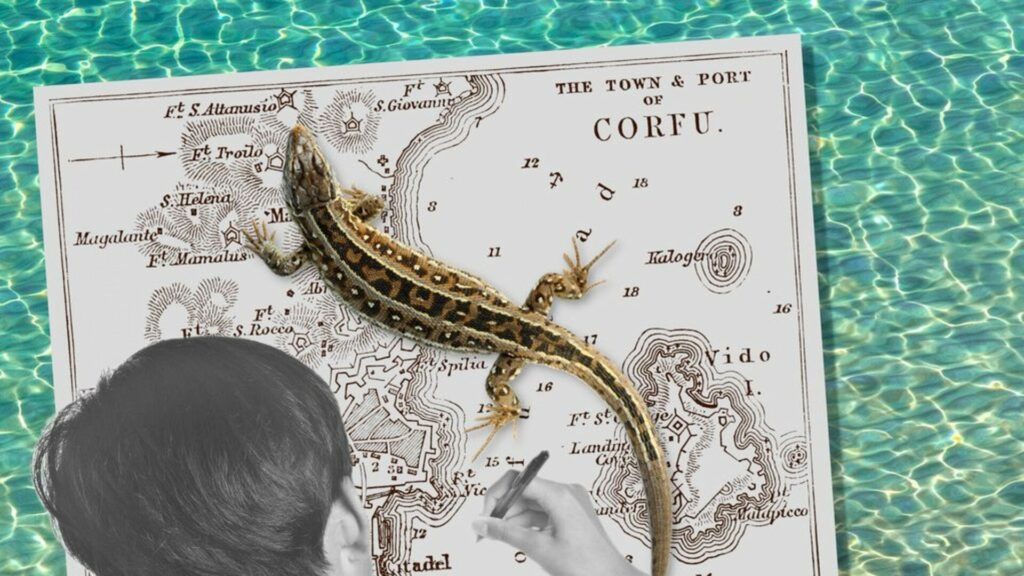 Landscapes and people of 1930s’ Greece come to life on a Sydney stage through the eyes of a 10-year-old Brit.

The Genesian Theatre Company has remade a stage adaptation of the renowned 1956 British novel ‘My Family and Other Animals’.

Written by Gerard Durrell, the equal parts memoir and fiction book tells the story of his family’s four years spent in Corfu.

As a 10-year-old in 1935, Durrell had moved to the Greek island with his widowed mother and three siblings.

Described as an eccentric English family, the Durells, and their dog Roger meet the sun-soaked coastlines of Corfu, locals and wildlife of Greece, in an Aussie remake also featuring two magpies and Theo Hatzistergos in the role of Spiro Hakiaopoulos, a larger-than-life Greek taxi driver.

Housed at the company’s Kent St home, a historic church in Sydney CBD, the Genesian Theatre production is based on Janys Chambers’ acclaimed stage adaptation which debuted in the York Theatre Royal in 2011.