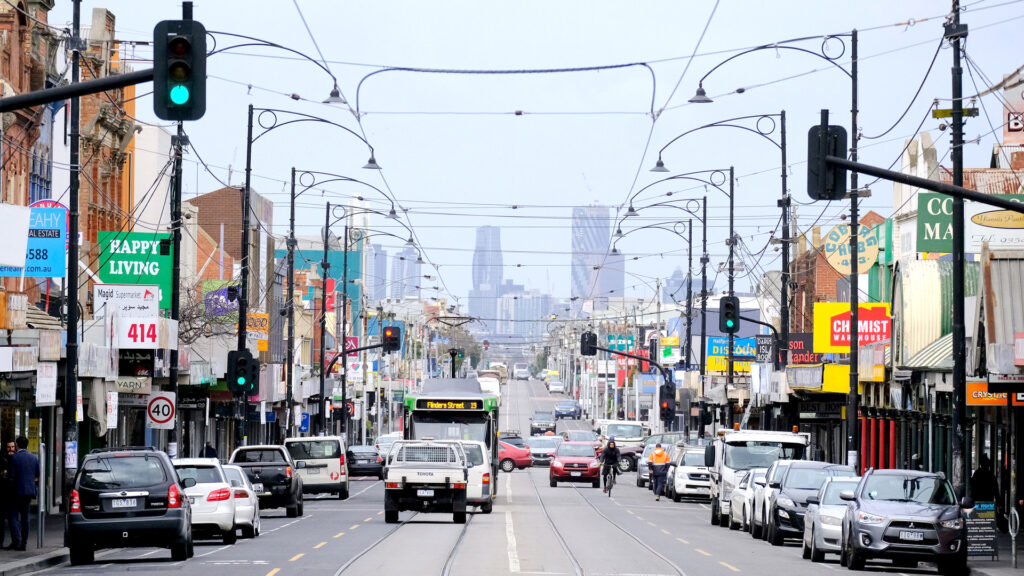 A general view of Sydney Road in Coburg, Melbourne, which sits within the newly named council area of Merri-bek. Photo: AAP/Luis Ascui

A council in Melbourne has been formally renamed to end its association with an 18th-century Jamaican slave estate.

From this Monday, Moreland City Council will effectively be known as Merri-bek City Council after Victoria’s Governor in Council recently approved the name change.

Merri-bek is the Indigenous name for “rocky country” and it was one of three names that the Wurundjeri elders proposed, and for which 59 per cent of more than 6,300 residents voted in favour of during a survey that was conducted. The other options were Jerrang and Wa-dam-buk.

Neos Kosmos has been following the consultation process, given the strong presence of Greeks living in the council area, many of who were advocating for a Greek name.

“Changing the name of our city to Merri-bek is reconciliation in action with Traditional Owners,” Mayor of Moreland Mark Riley said expressing his satisfaction that Merri-bek will soon be seen across the municipality.

Deputy mayor Lambros Tapinos said it was an important day for the council, adding that it is a name that more accurately describes the land which this municipality sits on and its native language.

The area was initially named Moreland in 1839 by Farquhar McCrae, who named it after a Jamaican slave plantation run by his father and grandfather, in the 18th century. The state government officially named the council Moreland in 1994, when Coburg, Brunswick and parts of Broadmeadows council area merged.

Moreland councillor, Adam Pulford, also stated that changing the name is an “act of reconciliation with traditional owners”.

“When we learned our community’s name is tied to the history of racism, slavery and dispossession, we had a decision to make: Do we keep tied to that history? Or do we move forward with a name that is more inclusive, that honours the traditional owners of this place and connects us to our history dating back tens of thousands of years,” he said.

There were however some councillors who were not happy with the consultation process or the cost the name change will require. Councillor Pavlides-Mihalakos who had voted against the motion said the money that will be spent on the name change could be better spent elsewhere.

The council has allocated $500,000 over two years to change signs and materials.

Councillor Pulford said the council will change its name progressively starting at the end month replacing the signs at town halls and on frontline staff uniforms. Street signs however and park benches will be replaced when they will naturally need to be taken down, so as to minimise costs.

Marcus Stewart, Victoria’s First Peoples Assembly co-chair, said that by changing its name, the council has chosen to connect its community to the traditional owners of the land.

“We are home to the oldest living culture in the world. I hope that we continue to see communities embrace and celebrate our culture through language.”