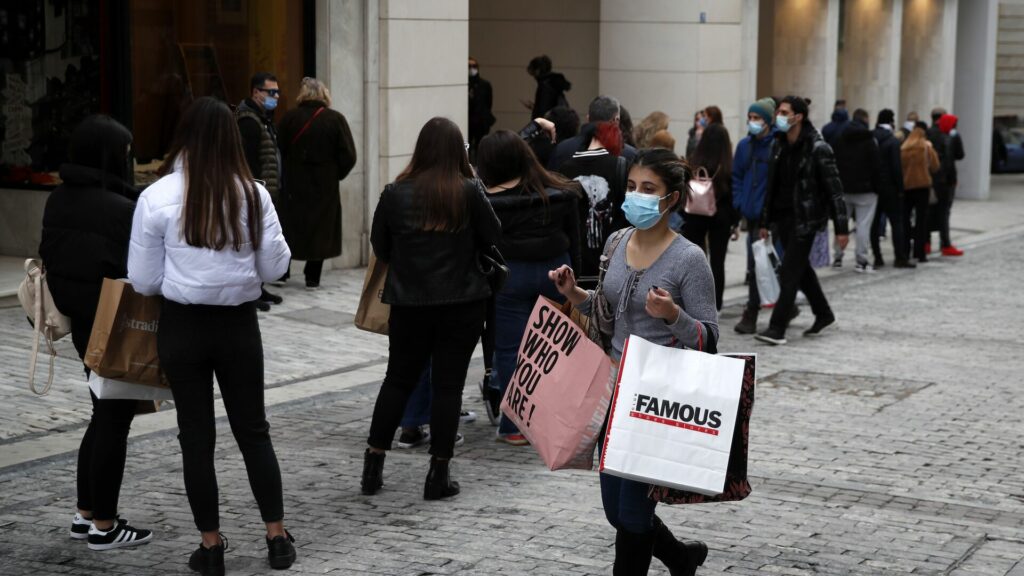 Young people stand in a queue as they wait to enter a clothing store on Ermou Street, Athens' main shopping area. Photo: AAP via AP/Thanassis Stavrakis

Most households in Greece have cut down spending on clothes and household items, as well as on food and electricity. The trend has accelerated seven months after the start of the war in Ukraine, compared to last Spring.

Consumers do not expect any de-escalation of the hostilities and neither do they see reduction in prices, especially for natural gas and food, which has worried them ahead of the coming winter. Purchases are based on price, while quality has taken a back seat.

According to the latest survey conducted by the Institute of Retail Consumer Goods (IELKA) on a sample of 1,000 consumers, 67 per cent (compared to 61 per cent in the April 2022 survey) have reduced purchases of food and supermarket items.

Greek consumers are buying food of lower value – 84 per cent of respondents said they go for bargains. The biggest spending cuts were in clothing and household items and 83 percent said they postponed shopping for personal items, clothes, or home goods.

Some 63 per cent of respondents said they reduced their electricity consumption and 44 per cent avoid shopping. This trend, which was last recorded during the pandemic, seems much stronger now.