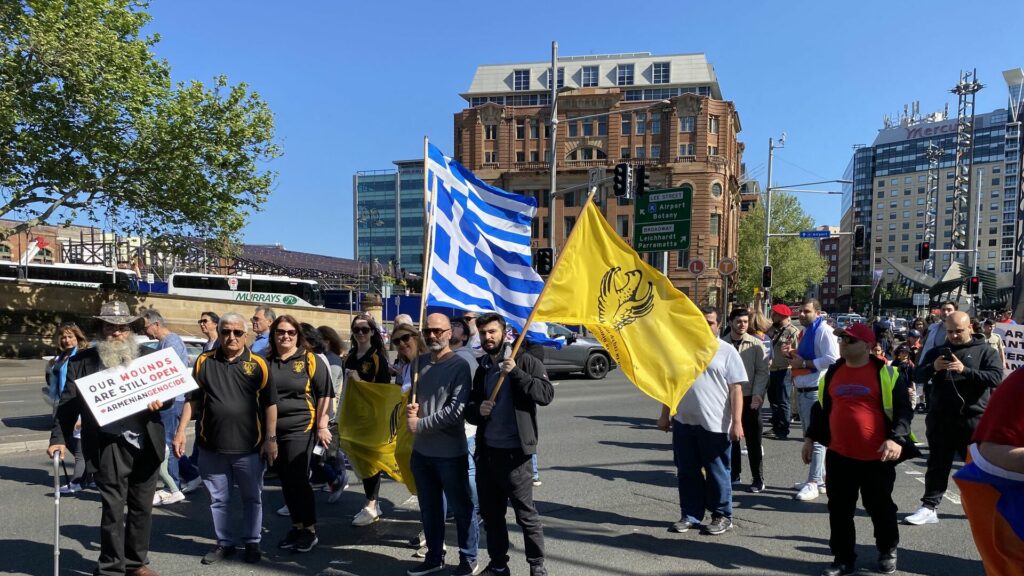 Some of the Hellenes in Sunday's 'March for Armenians'. Photo: Supplied

The streets of central Sydney echoed to the united voice of the local Armenian, Assyrian and Hellenic communities, calling on the Australian government and the international community to stand by the Republic of Armenia as it faces an invasion by Azerbaijan.

The Federation of Pontian Associations of Australia was represented by leaders of the member-associations Pontoxeniteas and Panayia Soumela of Sydney.

Genocide scholar and historian Dr Panayiotis Diamadis stated that, “Hellenes everywhere stand beside all Armenians because we have an obligation as human beings. In addition, the defence of Hellenism begins in Armenia and Artsakh.”

The ‘March for Armenians’ began outside the headquarters of the national broadcaster ABC and concluded at Sydney Town Hall.

In December 1918, the Armenian and Greek Relief Committee was formed in the vestibule of the Sydney Town Hall, an Australian effort to provide relief to survivors of the Genocides of the indigenous Armenians, Assyrians and Hellenes of Anatolia and other parts of the Ottoman Turkish Empire.