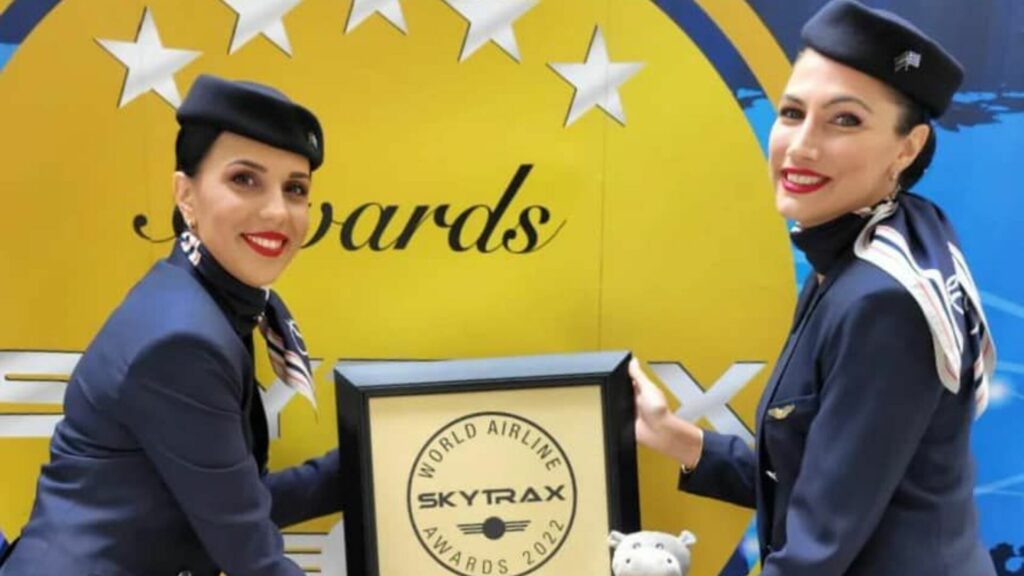 Aegean Airlines has received yet another important distinction, at the 2022 Skytrax World Airline Awards, winning the title of the “Best Regional Airline in Europe” for the 11th consecutive year and for 12th time in the last 13 years.

It is also listed among the top 10 airlines in Europe for its cabin crew and the travel experience they offer to its passengers.

In 2021 Aegean Airlines were awarded at the Skytrax World Airline Awards, placing as the number one regional airline in Europe for the 10th consecutive year, and the third best in the world.

Qatar Airways was named World’s Best Airline for 2022 while Singapore Airlines ranked 2nd and Emirates ranked third on the list.

This was the first World Airline Awards ceremony to be held in person since 2019 with more than 350 airlines featured in the final award results.

Skytrax, which is considered the pinnacle of aviation awards, gathers information from travellers across the globe in what is the world’s largest airline passenger satisfaction survey.

The online survey entries are screened to identify IP and user information with all duplicate, suspect, or ineligible entries is deleted.