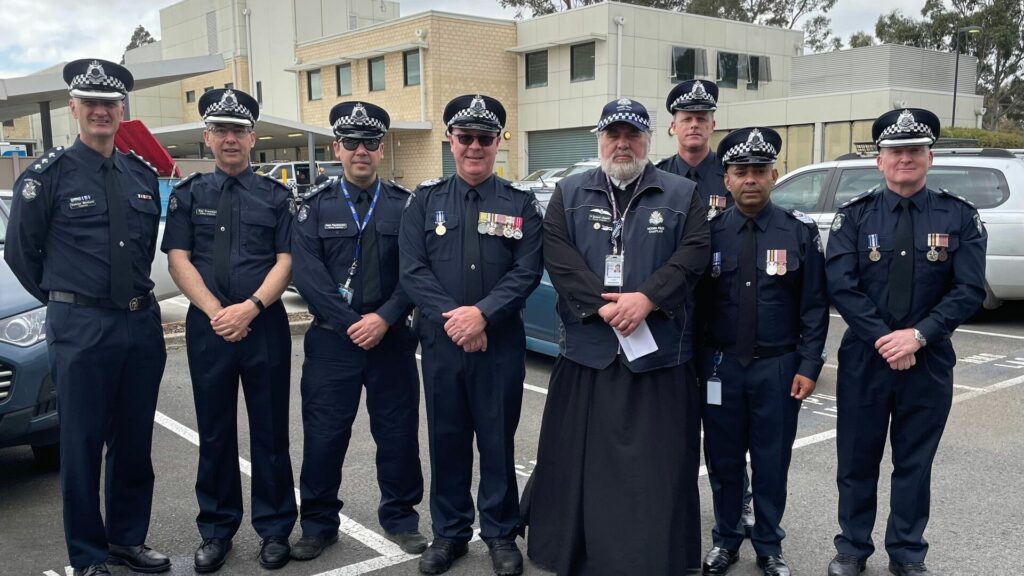 In a solemn commemoration presided over by Victoria Police Chaplain Father Emmanuel Lykopandis, all those brave officers who gave their lives in order that we may live in safety were remembered.

Father Emmanuel’s moving speech about service and self sacrifice is informed by the Orthodox ethos as encapsulated in John 15:13 “Greater love hath no man than this, that a man lay down his life for his friends.”

It is the first time in the history of Victoria Police that a Greek Orthodox priest was called upon to preside over the National Police Remembrance Day commemorations, indicating the esteem in which our community is held and the leadership position it can maintain in suggesting pathways through which similar relationships can be developed with other communities.