Family stories: Room for One More 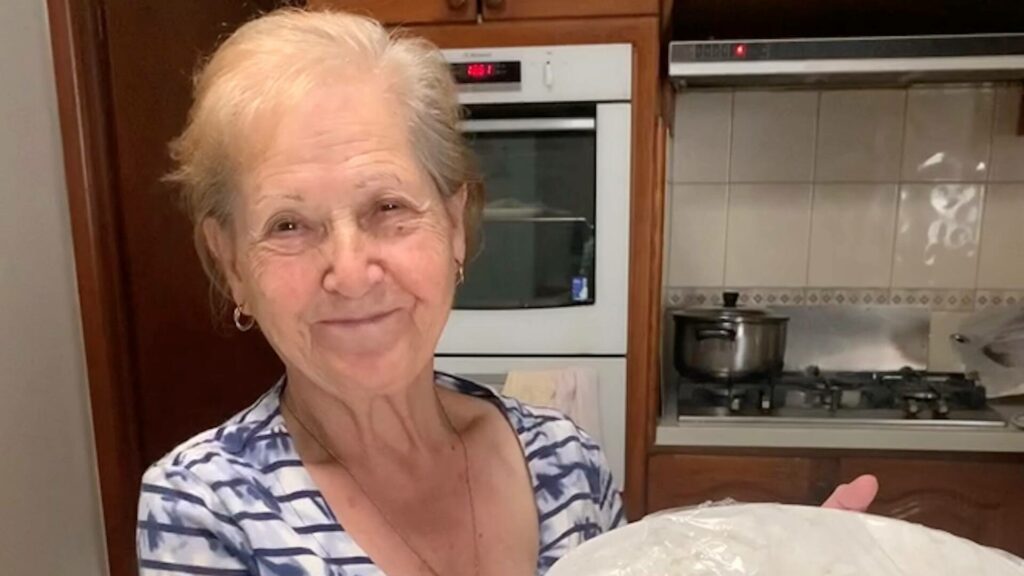 Memories of growing up in a large family, where Sunday summer meals meant more than just sharing a meal together, is nothing new to the many migrants of Australia. Certainly, the simple village meal of risonni and meat, continues to hold a special place in Julia Syrrakos’ heart even after migrating to Australia.

Julia Syrrakos grew up in a small village in Greece, not too far off Kalamata. Growing up in the aftermath of World War II, and amid the Greek civil war, disorder and poverty was not a foreign concept. Julia admits that her family were fortunate, growing up with both parents, owning a few fruit gardens and most importantly they had their health.

Down the road from her family’s two-bedroom house, there was a young boy, barely five years old, who had been orphaned. His father had been thrown in jail, due to his opposing left-wing political beliefs during the civil war, and the boy’s family was left without sufficient means of living. The orphaned boy, Niko, knew on Sundays Julia’s family would cook an abundant meal consisting of meat, red sauce and rice, which just happened to be his favourite.

Every Sunday, Niko would come hurrying up to their house, where the other young children welcomed him, played with him, doted on him and fed him. Her father would spot the boy from the balcony, galloping to their house, and would tell his children ‘erxete ton mara ‘. An untranslatable play on words, teasing his daughters’ doting and endearment towards the little boy.

Julia comments that her father was never a strict man, and despite being responsible for feeding a family of ten mouths, he never hesitated to welcome one more to their table. Julia laughs as she recalls the boy hungrily insisting to ‘vale mou kialo’ or ‘put me more’ on his plate – pointing out that he had no adult figure in his life to teach him any manners.

In the village, the preparation of this Sunday meal was extensive. Early in the morning, in order to escape the boiling summer heat in Greece, Julia recalls accompanying her father to the Sunday market in the town centre, where residents from surrounding villages would gather to exchange their produce. This journey would begin before sunrise, and finish by lunchtime – the two-hour trek there and back is remembered fondly by Julia as an opportunity to socialise at the market. Their family, who were fortunate to own their own fruit gardens, sold an abundance of produce: olives, figs, pears, lemons, oranges, grapes and more, all in exchange for the meat they would use for dinner.

When they returned home, the meat was cooked immediately – as the combination of no refrigeration with the blistering summer heat, there was no other choice. Julia’s mother would cut the meat into big chunks, then cut the excess fat off, and the meat was washed in a colander and patted dry.

Julia can’t remember there being a time where she wasn’t curiously following her mothers’ every action whilst cooking. Never was she explicitly taught how to make this meal, but rather developed the skill of cooking from observation. She studied her mother expertly dicing an onion, pouring four table spoons of homemade olive oil onto a saucepan, adding a dash of salt and then allowing the diced onion sauté for approximately a minute. Her mother would then add the meat to the saucepan, allowing it to simmer until their house filled with aromatic smells.

From their vineyard, Julia’s father would ferment his own red wine from grapes, of which one cup of wine was added to the saucepan, alongside one cup of boiling water. This wine was sweet and tart all at once, and unparallel to anything on the shelves today. The full saucepan was then covered for the better half of an hour, or until the meat had drunk up all the liquid.

Julia would gather fresh tomatoes from their garden to bring to her mother, desperate to help her, which she would watch her mother dice and then heat up with the meat. Alongside this, her mother would cook 300g of risoni to 3-4 cups of boiling water, adding water dependent on the preferred consistency and stirring for 20 minutes. Julia adds how with such a large family, her mother managed the kitchen, insisting it was easier done herself rather than having all her children bustling about trying to help.

This hearty meal was eaten mid-afternoon every Sunday, with the eight siblings, two adults and Niko squeezed together at the table. Julia smiles, as she recalls insisting on sitting beside the little boy Niko, of whom she was fond of. Their mother would serve the meat and red sauce on a bed of risoni. Her mother’s final touch was a sprinkle of parmesan cheese to enhance its richness, and if in season, fresh herbs such as basil to garnish.

After this meal, with all the children’s mouths fed and stomach’s full – the entire family was now able to wind-down. To this day, this meal is still a staple in Julia’s Melbourne household, where she continues to feed her family this in the summertime.